Neeraj Chopra has a heart of a champion

There are no airs about India’s World Championships javelin hero Neeraj Chopra. No pretence too, as he conquered the physical and mental aspect of his sport to earn himself a silver medal; the gold being a bridge too far on the day 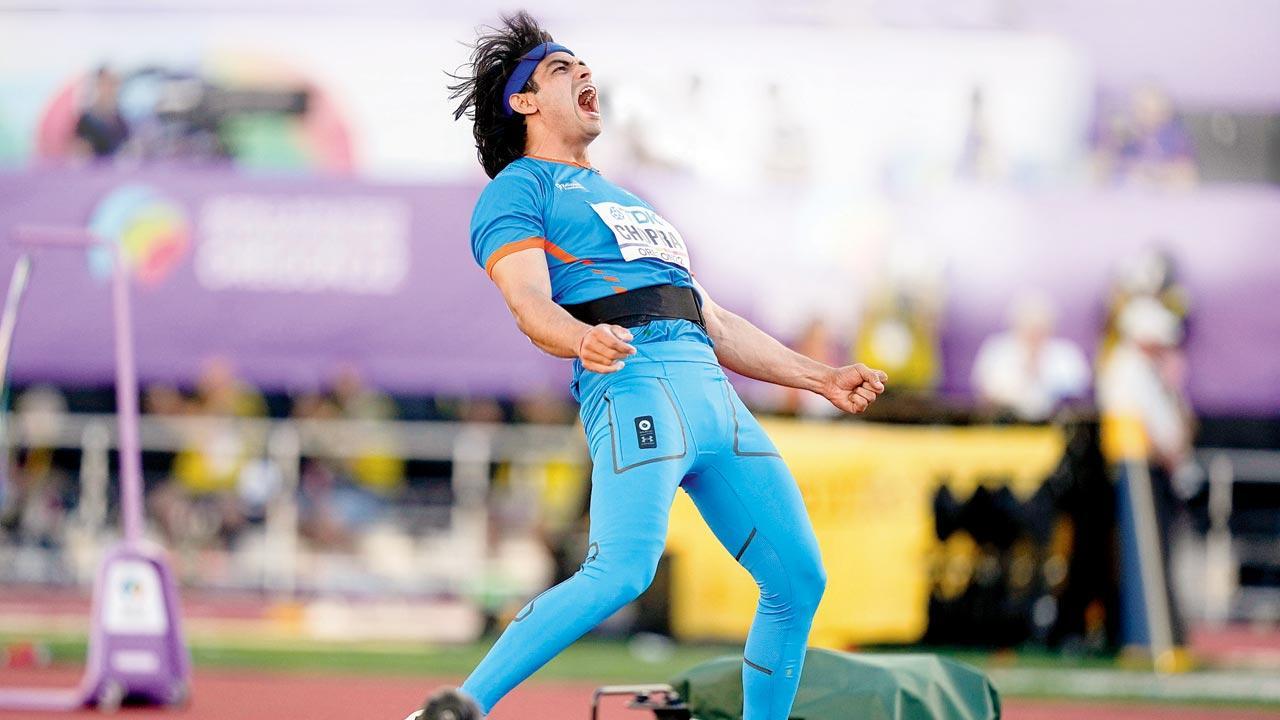 
Millions of hearts sank, almost hopelessly, as Neeraj Chopra looked set to miss his appointment with a medal in World Athletics Championships Oregon 22. And all of them rose as one when he slung the javelin over 88.13m, a throw that ensured he would add the World Championships silver at the Hayward Field in Eugene to the Olympic Games gold he won in Tokyo last year.

So where would we place him in the Pantheon of India’s sports champions? Even though he is just 24 years old and has many years in sport, he is already right up there with the legends.

Come to think of it, not very many have a collection of medals at World Championships, Olympic Games, Asian Games, Commonwealth Games and World Junior Championships.

Truth to tell, it is not merely the accomplishments that make him special. It is how well he conducts himself that shines brighter than the glittering array of trophies that he now picks up. There are no airs about him, no pretence. Just that almost rustic simplicity. Amazingly, he retains the values of respect and humility at the core of his life.

Listening to his body too

Of course, with each meet that he competes in, he is adding layers to his knowledge and personality. On Saturday, he learnt a bit more about throwing into a headwind. He has also learnt to listen to his body, a skill that many wonderfully talented athletes do not pay much heed to.

As the last Indian in the fray in the meet, he drew on this knowledge, used his powerful mind to goad it to get that one good throw to be able to finish on the podium on his second attempt in the World Championships. It was this conquest of the physical with the extremely mental aspect of his sport that earned him the silver medal—gold was a bridge too far on the day.

Long after the Haywards Field, renovated but retaining its hallowed stature, had emptied of the fans who paid upwards of $200 for a ticket for the session, Neeraj Chopra emerged from the Dope Control Room to complete interactions with some TV channels, each wanting an exclusive with him.

There is hope that someday, he may single-handedly ensure that India’s popular media pays greater attention to him and his sport and not just surfaces when he accomplishes a significant milestone.

The way he drew attention to other Indian finalists in the World Championships indicates that he will speak up for his ilk, share space with them. This was not mere lip service. I am told he took time to meet as many of the Indian squad as he could when he knew they had arrived in the Chula Vista Olympic Training Centre. It was his base for over a couple of months when he returned to sport after the country broke into extended spell of celebrations in the wake of his success in Tokyo 2020. There are champions.

And without meaning any offence to them, there is Neeraj Chopra.

Next Story : I was confident a good throw will come: Neeraj Chopra