West Indies ran India close yet again, but the men in blue found an unlikely hero with the bat to chase down the 312 run target and seal the series in the bargain 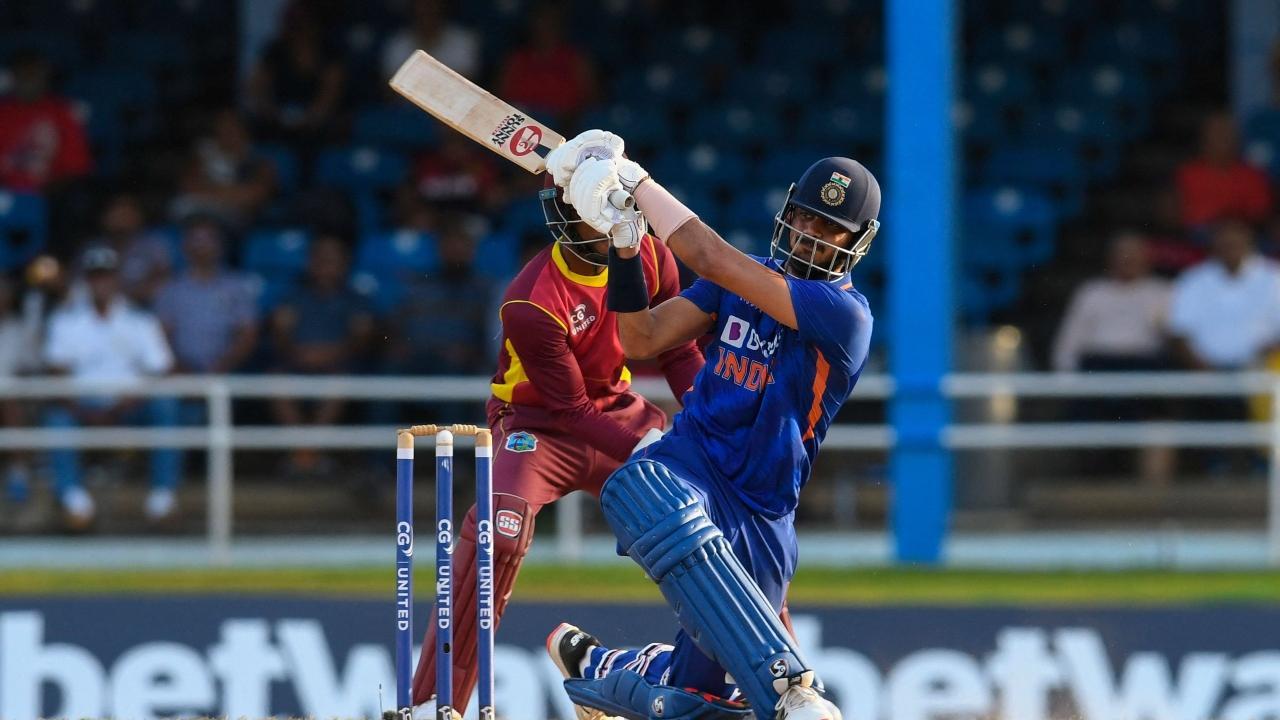 
India defeated West Indies by two wickets in the second ODI to take an unassailable 2-0 lead in the three-match series here.

Opting to bat, Shai Hope smashed a delightful century, while Nicholas Pooran hit a half-century to power West Indies to 311 for six on Sunday.

Opening the batting, Hope remained unbeaten on 115 off 135 balls, while Pooran scored 74 off 77 balls.

For India, Shardul Thakur picked most wickets, returning with figures of three for 54 in 7 overs.

Chasing, Shreyas Iyer (63) and Sanju Samson (54) struck fine half-centuries, but it was Axar Patel's unbeaten 35-ball 64 that ultimately made the difference as India scampered home with two balls to spare.

Next Story : Sunny Day at Sunil Gavaskar Ground in Leicester