Nikhat Zareen: Hurdles I've faced in my career have made me mentally strong

Zareen's golden feat comes two-years after she had written to then sports minister Kiren Rijiju asking for a "fair trial" for the Olympic Qualifiers, she was even trolled on social media for this 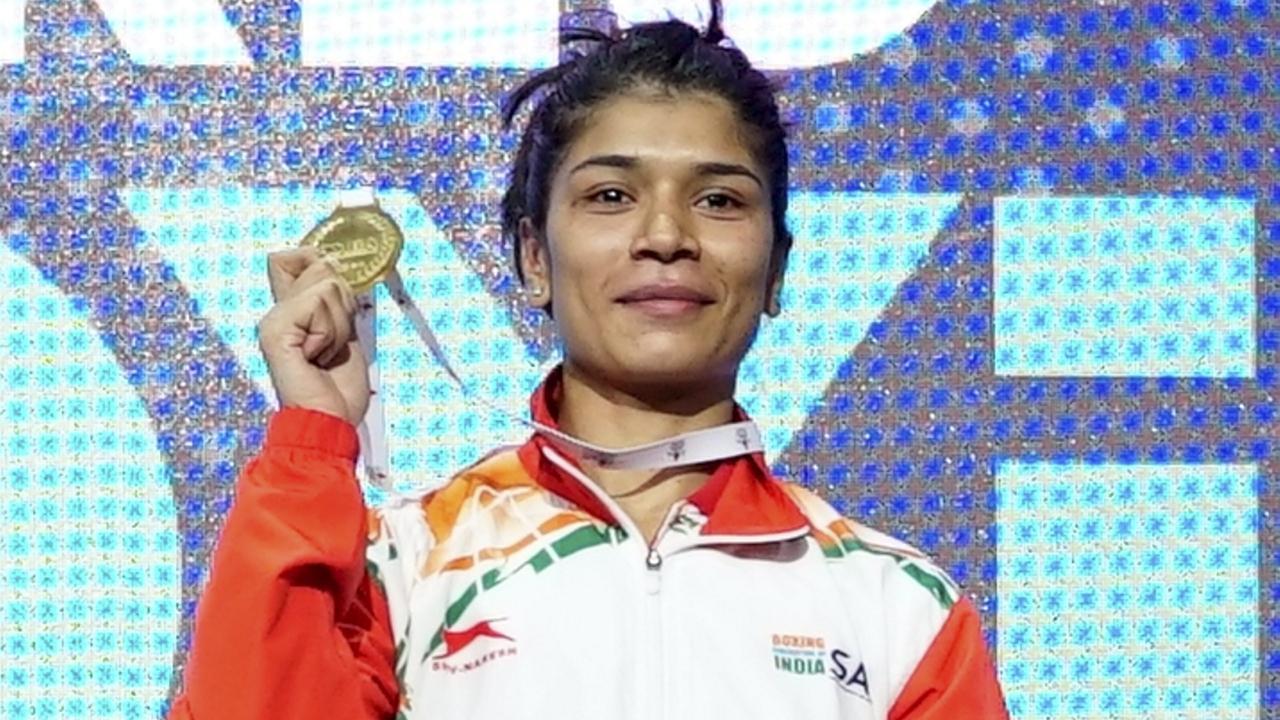 
Hardened by the difficult circumstances in her career, newly-crowned World Champion boxer Nikhat Zareen said she has adopted a combative approach where "whatever happens I have to fight and give my best." Continuing her stellar run, Zareen out-punched Thailand's Jitpong Jutamas by unanimous 5-0 verdict to clinch the flyweight (52kg) gold in Istanbul on May 19.

"These two years, I only focused on my game and whatever the weaknesses were there in my game, I tried to improve them," Zareen told reporters after her bout.
"I worked on my strong points and on where I lacked in my game. I worked on the aspects where I needed to work and made myself strong. "All those hurdles which I have faced in my career have made me strong. I have become mentally strong after all these and my thought process is that whatever happens, I have to fight and give my best," she added.

Zareen's golden feat comes two-years after she had written to then sports minister Kiren Rijiju asking for a "fair trial" for the Olympic Qualifiers. Zareen was trolled on social media mercilessly for this while the legendary Mary Kom had caustically asked "Who Nikhat Zareen?"

Zareen eventually lost the bout to Mary Kom in the trials, missing out on a chance to qualify for the Tokyo Games.

The 2011 junior world champion also had to overcome a career-threatening shoulder injury, which kept her out of the ring for a year and saw her miss all the big-ticket events like the Commonwealth Games, Asiad and World Championships in 2018. "In 2017, I dislocated my shoulder, I had to go under surgery and then I didn't take part in any competition for a year. I came back in 2018 but I wasn't at my peak so I missed the big tournaments CWG, Asiad and World Championships.
"But I didn't give up and after the comeback in 2019 haven't looked back. I have taken all competitions as an opportunity and I believed in myself. Because of that here I'm today."

Zareen will now prepare for the Commonwealth Games trial for which she will have to drop her weight and come down to 50kgs. "In the CWG there's a 50kg division, I will prepare for that now."

The 25-year-old Telangana pugilist has started her preparation for the Paris Olympics but is unsure which weight category she will compete in. She'll either have to climb up to the 54kg or come down to 50kg.

Talking about the difficulties of changing a weight class, she said, it would be easier to drop weight, "It's difficult to change a weight category whether you drop down to a weight division or move up to a weight division. It's more difficult when one moves from a lower weight to a higher weight as you are at a disadvantage with the other boxers being a bit heavy as they come in that weight by dropping their body weight. So one faces more strong boxers. I guess if I play in 50kg category, it will not make much of a difference. Normally my weight remains 51.51.5 kg so my body will work well in 50kg. So for some time, I will continue in the 50kg weight divisio," she said.

The 2019 Asian Championships bronze medallist has had a busy 2022 and her aim is to remain injury free. "The challenge is to keep body at peak level, after Strandja I had to give the World Championship and Asian Games trials. "It was not easy as there you were playing decorated, experienced boxers in tough bouts. But I kept my body calm and composed and I managed to win both the trials and the started the preparation for world championships. "Now I will prepare for the CWG. Main focus will be to keep the body free from injuries," she added.