Not playing for months gave me extra motivation: Novak Djokovic 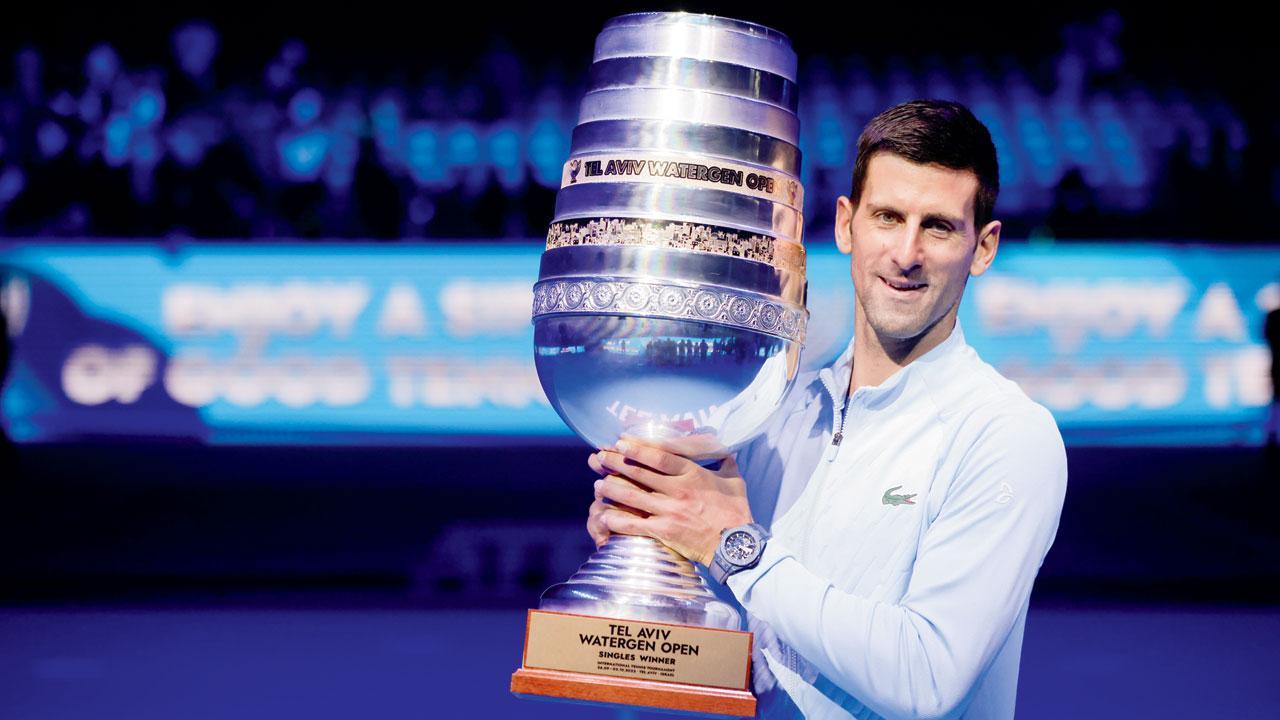 
Novak Djokovic claimed his third title of 2022 and 89th of his career with an impressive straight-sets victory over Marin Cilic in the Tel Aviv final on Sunday, insisting his lengthy absence since winning a seventh Wimbledon crown in July provided “extra motivation”.

“I played some very good tennis. I didn’t drop a set the entire week,” said former world number one Djokovic. “I hadn’t played a tournament in three months, so it was really extra motivation for me to really do well, particularly because people have been so friendly and so supportive of me throughout the week. I’m taking some great confidence into next week as well.” Added 35-yer old Djokovic whose win on Sunday came in his 127th career final.

Next Story : Astana Open: Carlos Alcaraz crashed out in first round