Not thinking of World Championship yet, says table-topper Max Verstappen

The Dutchman has won 11 of this season’s 16 races so far and leads the overall standings by 116 points from Ferrari rival Charles Leclerc with Red Bull teammate Sergio Perez third, 125 points adrift 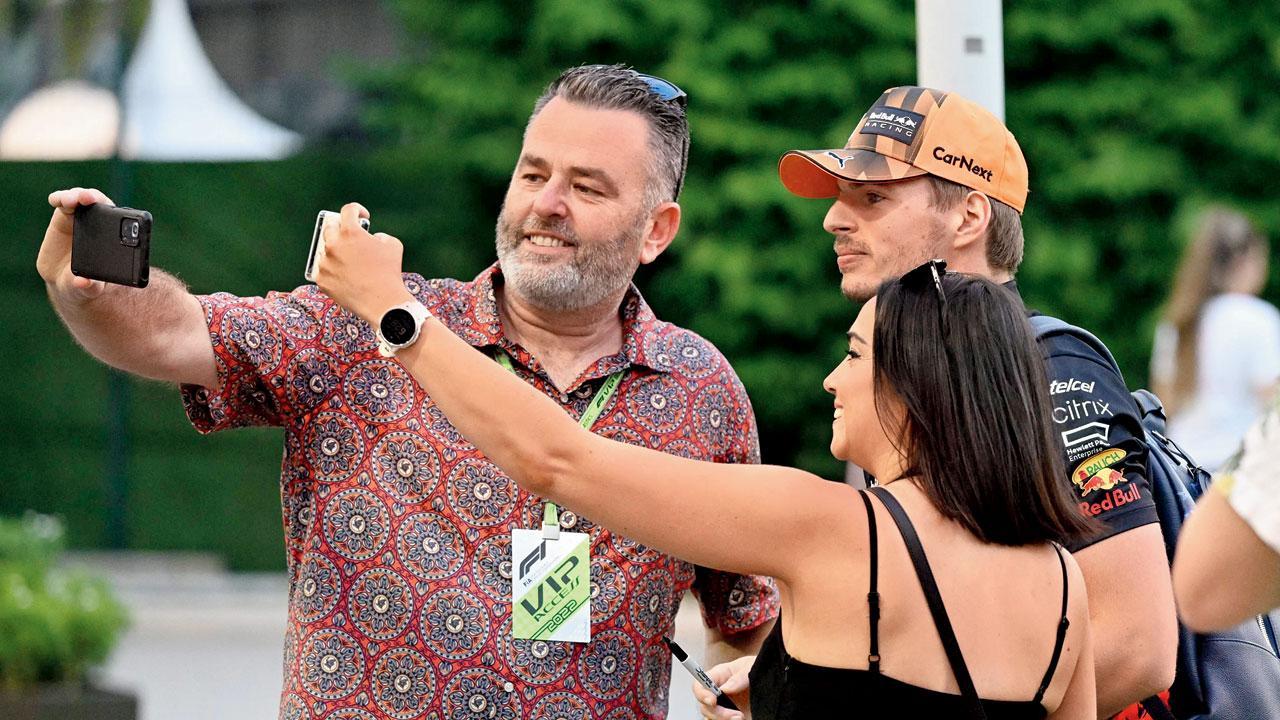 Red Bull Racing’s Max Verstappen poses for a selfie with fans in the paddock ahead of this weekend’s Singapore F1 GP yesterday. Pic/AFP


Red Bull’s Max Verstappen will have his first shot at wrapping up a second successive title as Formula returns for this weekend’s flood-lit Grand Prix. The Dutchman has won 11 of this season’s 16 races so far and leads the overall standings by 116 points from Ferrari rival Charles Leclerc with Red Bull teammate Sergio Perez third, 125 points adrift.

With five races and a maximum 138 points up for grabs following Sunday’s race in Singapore, Verstappen will be champion if he leaves the Marina Bay track having outscored Leclerc by at least 22 points and Perez by a minimum of 13. That means he would have to win with Leclerc outside the top seven or eight, depending on whether or not he also takes the extra point for fastest lap. Perez would have to finish outside the top three with Verstappen winning.

“I don’t really think about the championship. I just want to have a positive weekend on track and take it race by race, there’s no rush,” said Verstappen, who has never won in Singapore, but arrives here after a streak of five successive wins. However, the last time Formula One visited Singapore in 2019, with the race off the calendar for the last two years due to the COVID-19 pandemic, Ferrari were dominant.

Also Read: Lewis Hamilton: Not end of the world

Sebastian Vettel won for the Italian team with Leclerc completing a one-two behind his then teammate. Mercedes could also spring a surprise. Their car has proven to be fast around the tight, twisting layouts of the 5km Marina Bay track.

Lewis Hamilton, who has never gone without a win in any of the F1 seasons he has competed in since his debut in 2007, is still hunting for his first triumph of the year. His teammate George Russell, meanwhile, is hunting for his first F1 win ever. But the bumpy nature of the Singapore street track could unsettle their challenge.

Next Story : All eyes on Mirabai Chanu!