Djokovic announced his withdrawal from the year's last Grand Slam tournament on Twitter on Thursday, hours before the draw for the event was revealed 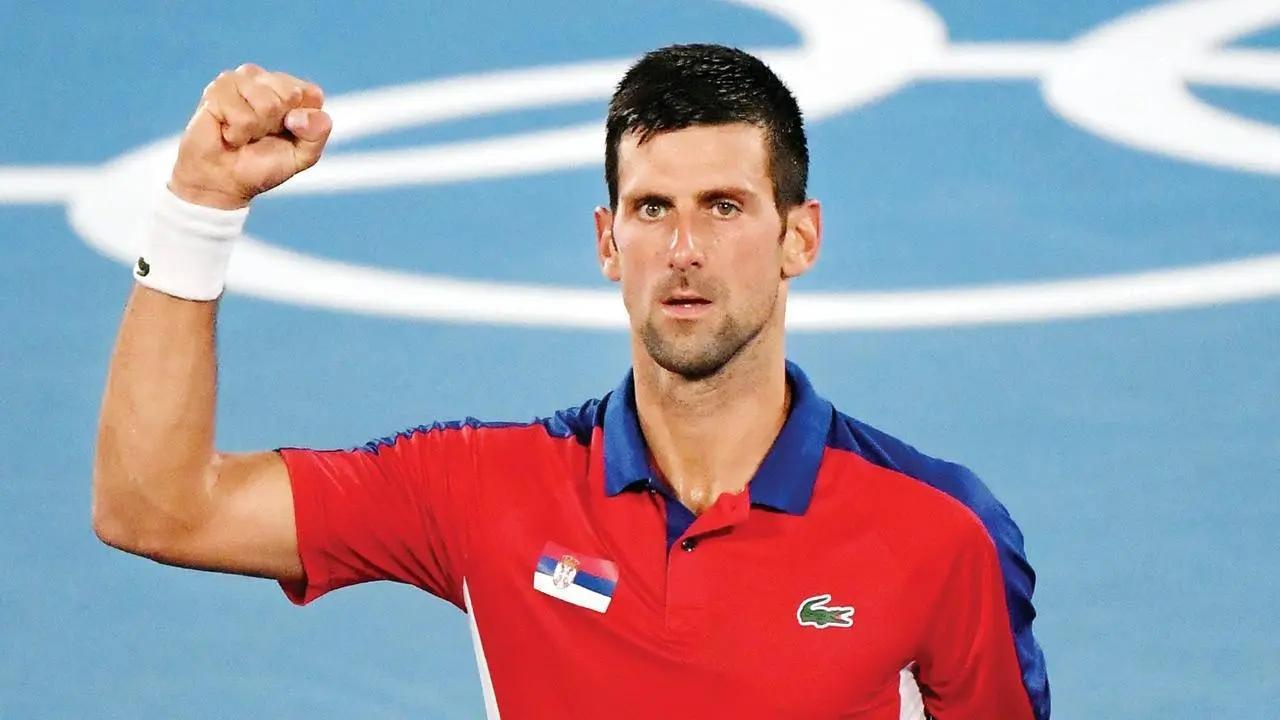 
Novak Djokovic will not play in the U.S. Open, as expected, because he is not vaccinated against Covid-19 and thus is not allowed to travel to the United States.

Djokovic announced his withdrawal from the year's last Grand Slam tournament on Twitter on Thursday, hours before the draw for the event was revealed.

"Sadly, I will not be able to travel to NY this time for US Open," Djokovic wrote, wishing luck to his fellow players, and said he would "keep in good shape and positive spirit and wait for an opportunity to compete again."

Play is scheduled to begin at Flushing Meadows on Monday.

He also was the runner-up there a half-dozen times, including last season, when his pursuit of the first calendar-year Grand Slam in men's tennis since 1969 ended with a loss in the final to Daniil Medvedev.

Foreign citizens who have not been vaccinated against Covid-19 are currently unable to enter the U.S or Canada, and Djokovic has said he won't get the shots, even if that prevents him from playing in certain tournaments.

The U.S. Tennis Association has said all along it will follow government rules about vaccination status for this year's Open. There is no vaccine mandate at the tournament for players or their support teams, meaning that an unvaccinated American would be allowed to compete, and spectators will not be required to wear masks.

Play Quiz: How well do you know the India vs Pakistan rivalry?

Djokovic missed the Australian Open in January after a protracted legal saga ended with his deportation from that country because he isn't vaccinated against Covid-19. He also sat out four significant tournaments in North America in 2022, including in Montreal and Cincinnati recently.

He did play in the French Open, where he lost in the quarterfinals to Nadal, and at Wimbledon, where Djokovic won the title.

After beating Nick Kyrgios in the Wimbledon final on July 10, Djokovic said he 'would love' to participate in the last Grand Slam tournament of the year at Flushing Meadows, but he also acknowledged, 'I'm not planning to get vaccinated.'

About three weeks later, Djokovic posted on social media that he was holding out hope of getting the chance to play in the U.S. Open, writing: "I am preparing as if I will be allowed to compete, while I await to hear if there is any room for me to travel to US. Fingers crossed!"

Djokovic has spent more weeks at No. 1 than anyone else in the history of the ATP rankings. He is No. 6 this week, in part because no rankings points were awarded at Wimbledon this year.
Among the other players who will not be at the U.S. Open for various reasons are No. 2-ranked Alexander Zverev, the 2020 runner-up in New York; 2016 champion Angelique Kerber; 2019 French Open finalist Marketa Vondrousova; Gael Monfils and Reilly Opelka.