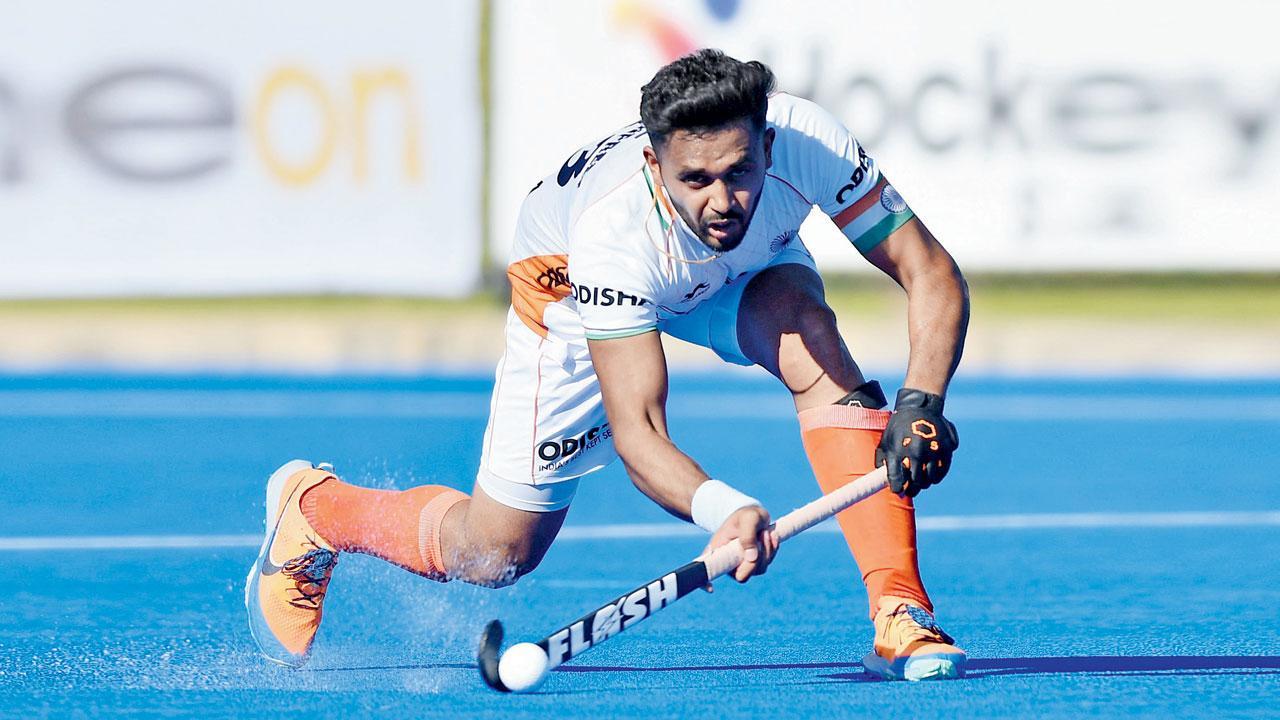 The maritime tradition that a captain goes down with the ship may be debatable. But there is absolutely no question that a captain should be in immense pain and regretfully rue what went wrong when his World No. 6 team goes down to the No. 12 side after taking a two-goal lead twice in a crucial World Cup encounter. Far from this, however, India captain Harmanpreet Singh, 27, offered no regret and didn’t seem remorseful at all while speaking to the media after the hosts lost 4-5 via shootout to New Zealand at the Kalinga Stadium on Sunday to exit the quadrennial showpiece event a lot earlier than expected.

Harmanpreet Singh said: “I don’t think it’s about pressure. I know all are talking about it [not scoring enough goals], but I’m trying. When you go out on the field, you don’t think you won’t score or that there is pressure. You go thinking you will score. So, there is no pressure, but we’ll try to find [out] what went wrong.” It’s shocking that such an experienced player is still looking for what went wrong when the No. 1 reason is staring you in your face.

India received a total of 26 penalty corners in the tournament so far of which they could score only five. That’s a poor conversion percentage of 19 per cent. Worse still, of those five goals, India scored just twice off direct drag flicks so that conversion rate is down to a sorry eight per cent. There’s more. Of these two flicks, while one came off Varun Kumar’s stick in the match against New Zealand, the previous one that came off Harmanpreet was against Wales when the Welshmen had taken off their goalkeeper. So, this means India have converted only one clear drag flick so far in the tournament. That’s a pathetic four per cent conversion rate! 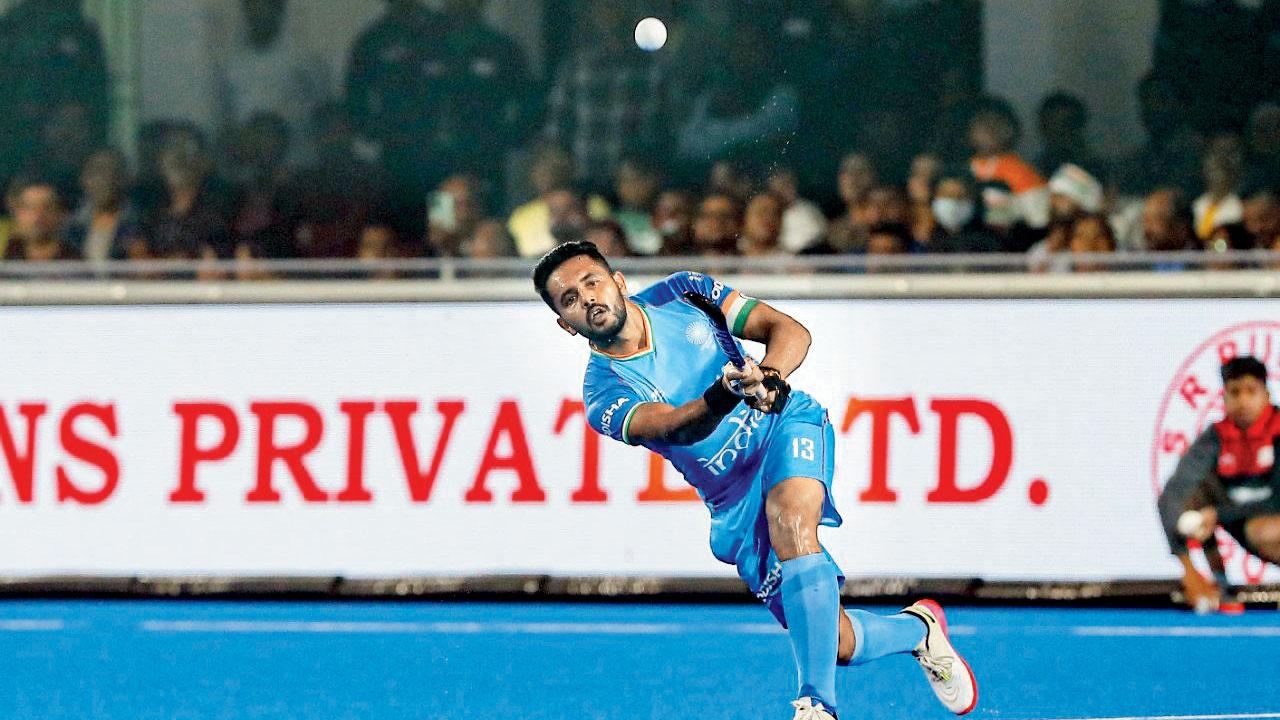 Interestingly, many are attributing Harmanpreet’s poor drag flick conversion to a dip in form. Conversely though, Harmanpreet has been rock solid in his defensive play throughout the tournament. Even in the match against New Zealand, he did make one or two incorrect passes, but he was gritty enough to persist with a re-tackle each time and win the ball back. His long overhead passes were also effective and accurate. It’s just that his drag flicks have been ineffective and there are two primary reasons for this. While one is the technical aspect of his flicks are well researched by the opposition, who have found him out. And the second and probably the more important reason, is the pressure factor of leading the nation in your first World Cup in front of 20,000 vociferous fans. Coach Graham Reid admitted the latter is a massive reason.

“I am sure pressure and expectations come into mix. We made mistakes that we don’t normally do. We need to analyse and talk about this and come up with solutions before our next game,” said Reid. Harmanpreet was on a goal-scoring spree for India before this World Cup. He scored six times in India’s historic Tokyo Olympics bronze medal-winning feat. Last year, he netted his 100th international goal at the FIH Pro League, where he finished as the tournament’s leading scorer with 18 goals in India’s third-place finish. At the 2022 Birmingham Commonwealth Games he scored a whopping nine goals and was later named FIH Player Of The Year. Subsequently, Hockey India named him captain for this prestigious competition. However, now, if the pressure of captaincy is what’s bogging down the man, who has been India’s highest scorer at almost every competition before this World Cup, then stepping down seems the obvious solution. It will not only save Harmanpreet, the player, but also help resurrect Indian hockey that has now flattered to deceive at the World Cup stage for nearly over half-a-century.

Team India for reasons unknown picked a rather inexperienced five for their shootout against New Zealand in the Crossover clash on Sunday, and as fate would have it, it’s the inexperienced youth that faltered besides skipper Harmanpreet Singh of course. India picked Harmanpreet (167 international caps), Raj Kumar Pal (25 caps), Abhishek (31 caps), Shamsher Singh (50 caps), Sukhjeet Singh (19 caps) for the shootout.

In the marathon 18-shot shootout, Harmanpreet missed once and scored one. Raj Kumar Pal, playing only his first match in this tournament as a replacement for the injured Hardik Singh, scored twice. Abhishek scored once. Sukhjeet scored one and missed one. Shamsher missed twice. While this is not to doubt the skill or ability of the five, there were at least four other much more experienced and skillful players—Lalit Upadhaya (136 caps), Akashdeep Singh (221 caps), Mandeep Singh (194 caps) and Manpreet Singh (314 caps)—who could have been picked instead. And these four had a brilliant outing in the field too in the 3-3 humdinger. Upadhyay had scored India’s opening goal, which was beautifully built up by a long Akashdeep pass from just outside the India box to Shamsher, who in turn relayed it to Upadhyay for the final goal-bound shot. And Manpreet, as usual, was the livewire throughout the 60-minute thriller.

Next Story : Ashok Kumar lashes out at Harmanpreet Singh for poor show