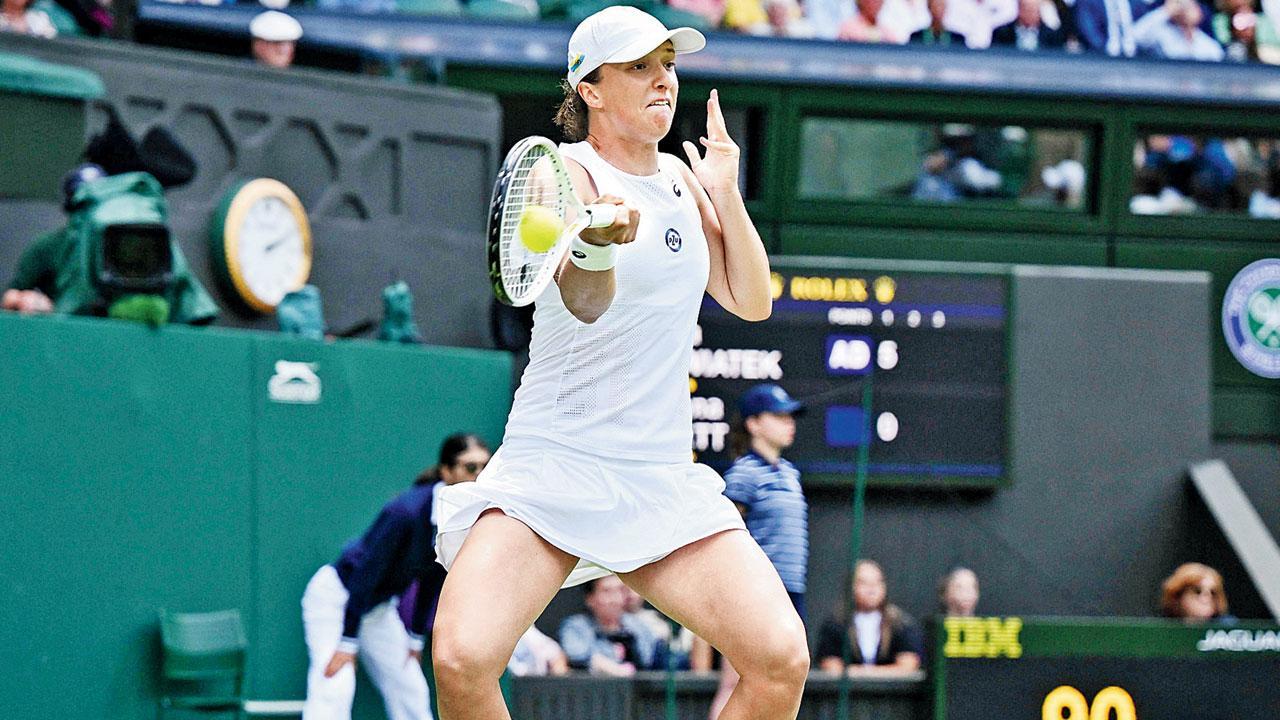 
World No.1 Iga Swiatek racked up her 36th successive victory to reach the Wimbledon second round on Tuesday, equalling the winning streak of Monica Seles in 1990.  French Open champion Swiatek defeated Croatian qualifier Jana Fett 6-0, 6-3 to remain undefeated since February.  The top seed has fallen at the opening stage only three times in SW19. And Swiatek did not give any indications that she would disrupt the tradition.

Opening Centre Court play on Tuesday and against a player who was playing just her third Grand Slam main draw. Swiatek was dominant in the first set but was heavily tested by Fett in the second set. Fett increasingly drew errors from the top seed as the match progressed, and held five break points to take a commanding 4-1 lead in the second set. But Swiatek’s powerful groundstrokes held her in good stead and she squeaked her way out of trouble before grabbing the last five games of the match. Swiatek converted six of her 10 break points on the day, according to a report on the WTA tour website.

Former Top 100 player Fett is now 0-3 against Top 10 players in her career. Fett famously held two match points against Caroline Wozniacki in the second round of the 2018 Australian Open—an event Wozniacki would go on to win. Swiatek will next face Dutch lucky loser Lesley Pattinama Kerkhove, who beat British wildcard Sonay Kartal 6-4, 3-6, 6-1 to reach the second round for the second time. Pattinama Kerkhove replaced Danka Kovinic in the draw due to a lower back injury, the report said.

Next Story : Covid-hit Berrettini pulls out of Wimbledon