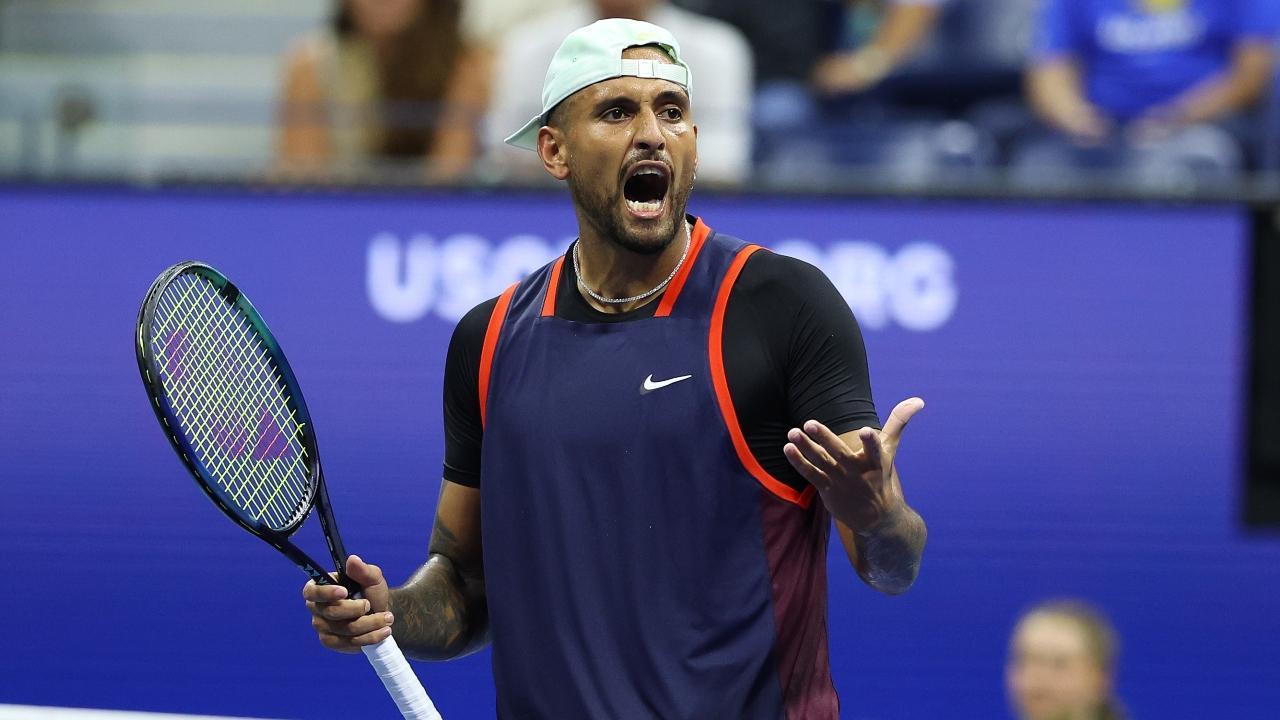 Nick Kyrgios of Australia celebrates against Daniil Medvedev during their Men's Singles Fourth Round match on Day Seven of the 2022 US Open at USTA Billie Jean King National Tennis Center. Photo - Getty Images/AFP


Australian maverick Nick Kyrgios sent defending champion and world number one Daniil Medvedev crashing out of the US Open 2022 in an explosive last-16 clash on Sunday. Wimbledon runner-up Kyrgios triumphed 7-6 (13/11), 3-6, 6-3, 6-2 to reach his first quarter-final in New York where he will face another Russian, Karen Khachanov. Medvedev will lose his world top ranking after being defeated by Kyrgios for the fourth time in five meetings. Kyrgios fired 21 aces and a total of 53 winners past his outclassed Russian opponent. "It was an amazing match, obviously Daniil as the defending champion had a lot of pressure on his shoulders, but I've been playing amazing the last couple of months," Kyrgios said after the win.

"What a place to do it -- packed house in New York. I'm extremely blessed. "Losing the Wimbledon final was a bitter pill but now I want to go all the way here. "I'm glad I can show my talents -- it's only taken me 27 years." In a fast-paced, big-hitting first set, Kyrgios broke to lead 4-2 before Medvedev immediately repaired the damage. A marathon tiebreak saw a 22-shot rally and Kyrgios save three set points. The Australian clinched the opener on a fourth set point of his own after 63 minutes of tennis played at breakneck speed.

A furious Medvedev added spice to the encounter by complaining to umpire Eva Asderaki-Moore about the noise from the Kyrgios player box when he was serving from their end. At the changeover, the Russian even threatened to refuse to play on if the disruptions continued. Kyrgios left the court for a bathroom break but when he returned, his high-energy level dropped dramatically and Medvedev swept to a 5-1 second set lead on his way to levelling the contest. Kyrgios then made the baffling decision to come around to Medvedev's side of the net to finish a point in the second game of the third set. His illegal manoeuvre cost him what would have been a break point.

Kyrgios told a courtside TV reporter that he thought he it was a legal tactic. "I'm going to look like an idiot," said the Australian after the match. However, he quickly broke the equally baffled Russian for a key 3-1 lead before pocketing the third set. A fired-up Kyrgios broke for 2-1 in the fourth set, was handed a code violation for swearing and responded with back-to-back aces timed at 122mph and 131mph to stretch to 3-1. He backed it up with another break for 4-1 as Medvedev wilted under the barrage before Kyrgios sent down his 21st ace to seal victory.

Next Story : More than me, my father deserves all the medals that I have won: Nikhat Zareen