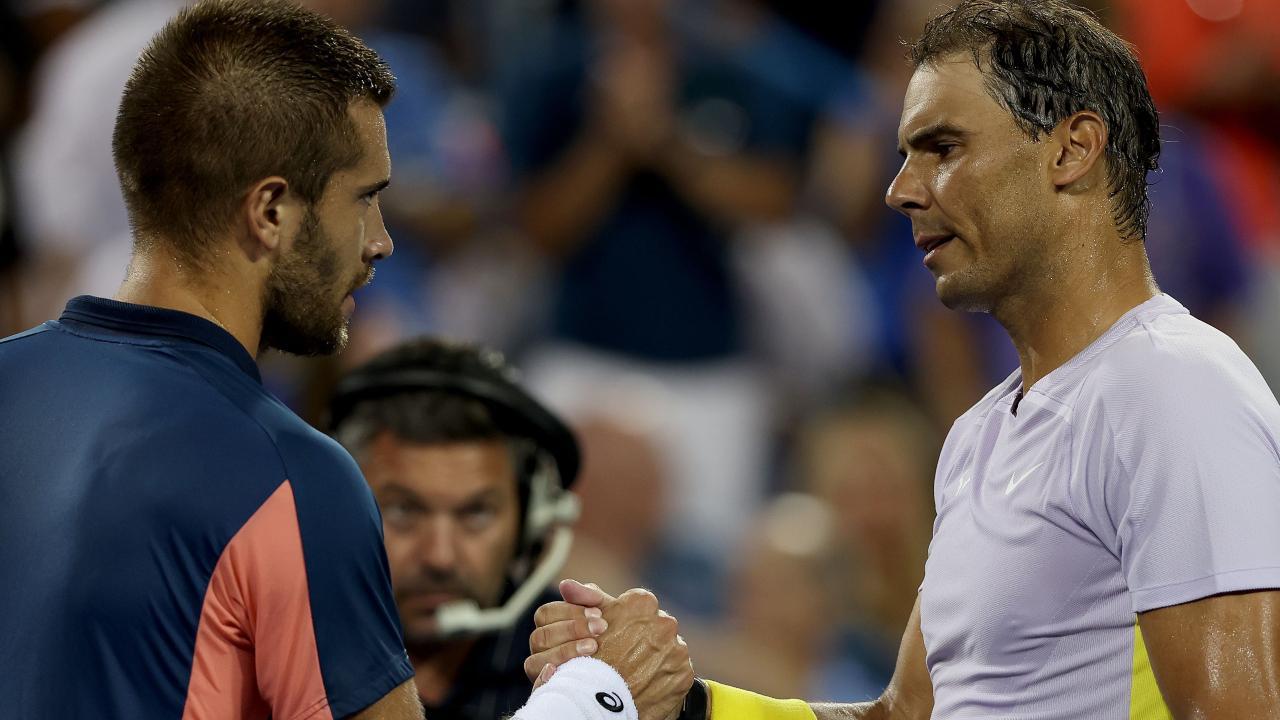 Borna Coric of Croatia is congratulated by Rafael Nadal of Spain after their match during the Western & Southern Open at Lindner Family Tennis Center on August 17, 2022 in Mason, Ohio. Photo/AFP


Borna Coric spoiled Rafael Nadal's return from a six-week layoff, beating the Spanish star 7-6 (9), 4-6, 6-3 in the Western & Southern Open. The winner of a men's record 22 Grand Slam championships, including two this year, hadn't played since July 6 after an abdominal tear forced him to withdraw from a semifinal match against Nick Kyrgios at Wimbledon. He was hoping to start putting the final touches on prepping for the upcoming U.S. Open.

The second-seeded and third-ranked Nadal, 36, showed no signs of the injury that mostly plagued his serve. He reached 121 mph with one serve and needed several awkward body movements to return some of Coric's shots. The match lasted 2 hours, 51 minutes, not including a rain delay of 1 hour, 25 minutes in the first set. Earlier in women's play, U.S. Open champion Emma Raducanu routed Victoria Azarenka 6-0, 6-2.

The 19-year-old Raducanu won the final seven games against Serena Williams on Tuesday and the first 10 against Azarenka. Seeded 13th, Raducanu set up a match against No. 8 Jessica Pegula. "I try not to think about the score," Raducanu said. "I just try to focus on collecting points. I'm always concerned when things are going well. I always feel like something could go wrong."