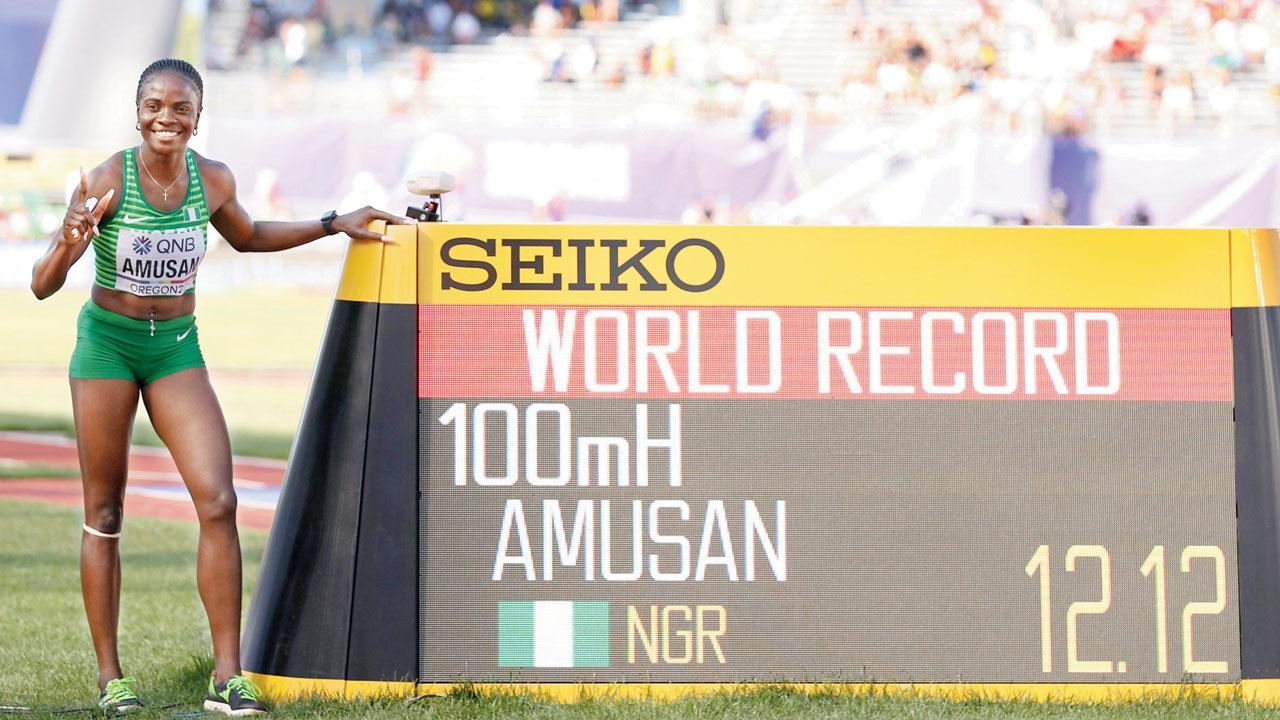 
Tobi Amusan became the first Nigerian athlete to win a World Athletics Championship gold as she stormed to victory in the women’s 100m hurdles in Oregon on Sunday.  Amusan, who had obliterated the world record in an astonishing semi-final where she clocked 12.12sec, powered over the line at Hayward Field in 12.06sec.

Her winning time will not be recognised as a world record, however, due to a strong following wind of 2.5 metres per second. Jamaica’s Britany Anderson took silver in 12.23sec, while Olympic champion Jasmine Camacho-Quinn of Puerto Rico claimed bronze in 12.23. Amusan had produced a jaw-dropping world record in the semi-finals, smashing the previous best mark of 12.20secs held by Keni Harrison of the United States since 2016.

“Honestly, I believe in my abilities but I was not expecting a world record at these championships,” Amusan said after her final victory. “The goal is always just to execute well and get the win. So the world record is a bonus. I knew I had it in me but I could not believe it when I saw it on the screen after the semis. Before the final, I just tried to stay calm and to do my best.

“I took a deep breath knowing that I have some goal to accomplish and it worked pretty good. I knew it was  very fast but not this fast,” she said. Harrison had been left in Amusan’s slipstream in the semi, and was again shown a clean pair of heels by the Nigerian in the final.

Amusan got off to a scorching start and was smoothly into her stride after the first hurdle, building a clear lead and then pulling away ahead of Anderson and the fast-closing Camacho-Quinn.