Back-bender and a beautiful mind, Astad Deboo was ahead of his times and under-appreciated. An exhibit put together by family and friends celebrates the genius’s spectacular journey from Jamshedpur to Mumbai via New York and Europe 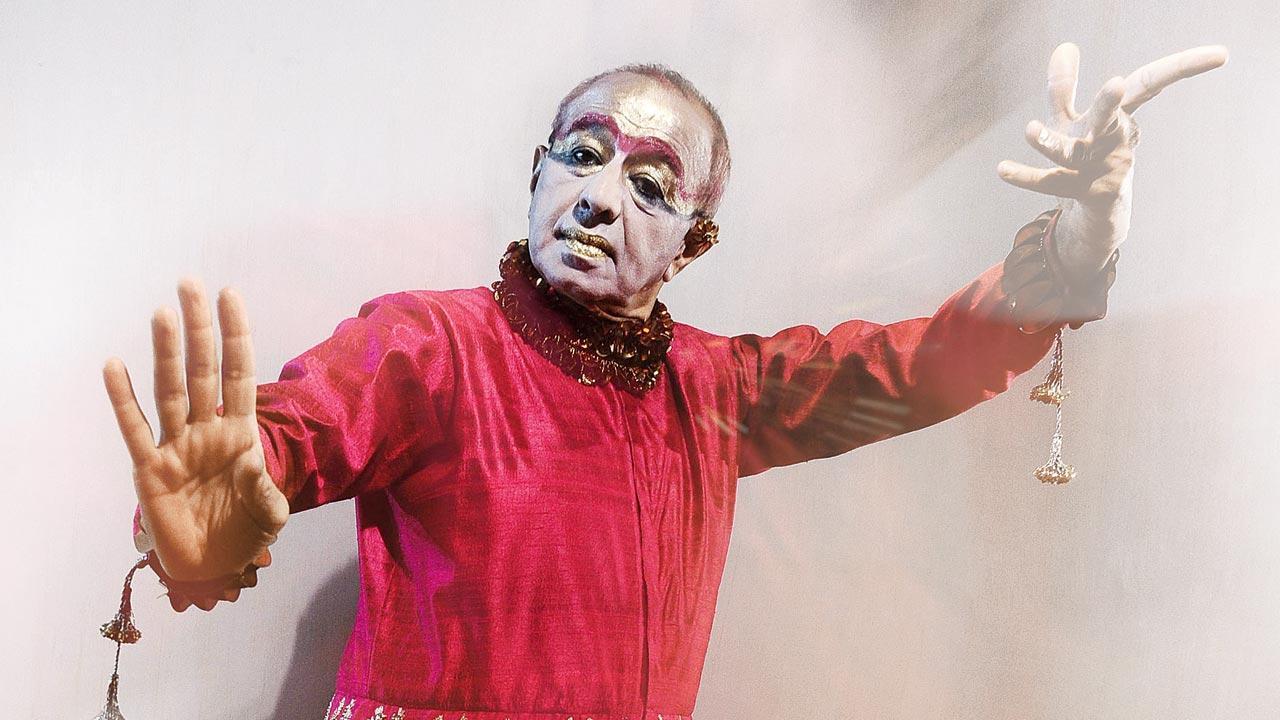 
Every time he came back from an international trip, or met someone new, he would write letters. These letters were painstakingly long, but he wrote them to make new connections, network, to pitch for funds for future performances, and even apply for grants,” says writer and advertising professional Neha Mitra of her husband’s uncle, and in-law by relation, dancer Astad Deboo. “Many of these letters would receive rejection letters in return—and he faced a lot of them, because his art was an unusual one. He would go meet people, they would assure him that they were interested, and then, when he’d come back and get started on the work, a rejection letter would arrive. But he never let it disappoint him. He would put it aside and say, ‘Never mind. I will apply again later’.”

Deboo, who passed away on December  10, 2020, following a battle with cancer, was a pathbreaker marrying Kathak and Kathakali to create a new dance vocabulary. His minimalistic dance form and use of space in extraordinary ways, earned him several laurels, including the Sangeet Natak Akademi Award in 1996 and Padma Shri in 2007. 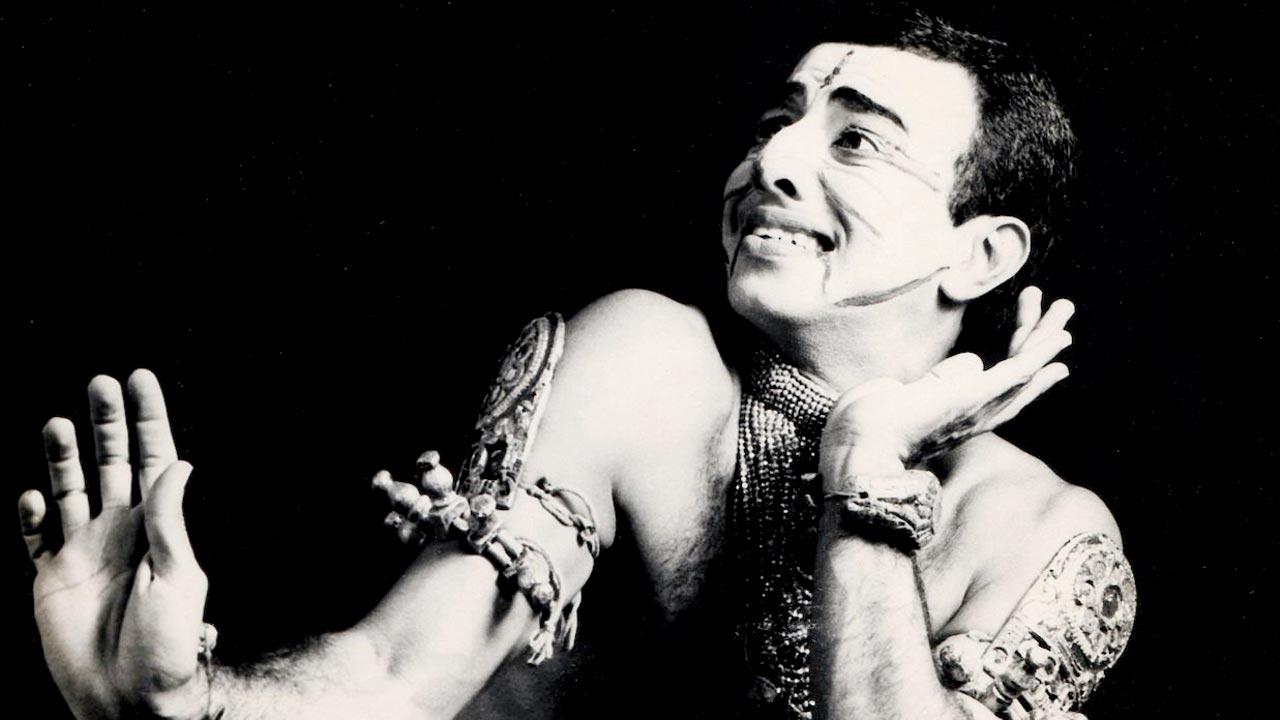 Astad at a Kathakali performance in Milan

The artiste’s family, including sisters Gulshan Deboo and Kamal Antia, nephew Xerxes Antia, who runs 70 Event Media Group, and his wife, Neha Mitra, have now come together to celebrate his life with a retrospective, Breaking Boundaries. The exhibition has been conceived by the design team at EuMo, led by Gary Grewal and Shanoo Bhatia, and curated by Poulomi Das, and will begin on December 9, at Ballard Estate’s new cultural spot, IFBE.

Whether it was his ability to hold a pose or pirouette, Deboo challenged his body continually. He studied Kathak under Prahlad Das and later Kathakali under EK Pannicker. In his 20s, he learnt the Martha Graham dance technique in London and Jose Limon’s technique in New York. He has performed in over 70 countries, including at the Great Wall of China. 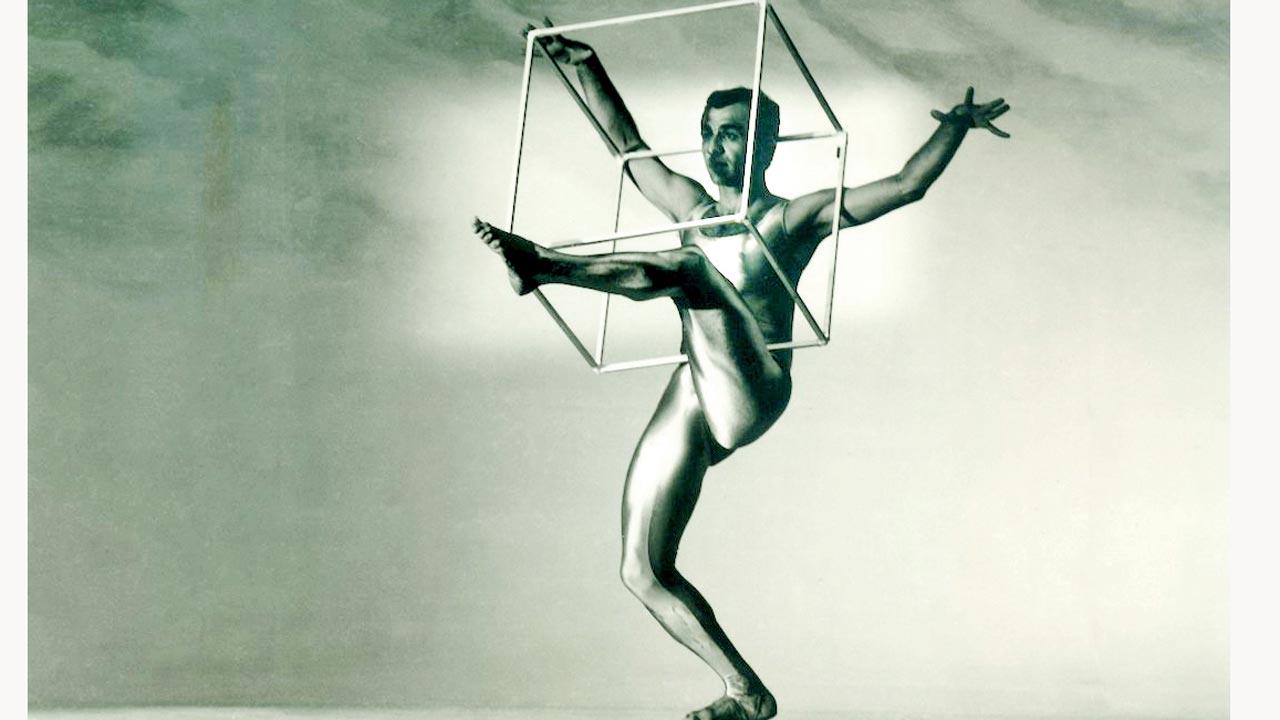 A moment from a show called Basics in 1980

When we meet Xerxes and Neha at their Khar West office, they are busy at work, curating photos and documents for the show. On the table is a signed letter of appreciation from Winston Churchill’s granddaughter, Arabelle. Two photos catch our attention—a young Deboo laughing along with his sisters, and one where he jovially stands next to his parents, Aderbad and Roda Deboo. “We were living in Jamshedpur, and I remember him coming back from his trips to America with bags of Lego and chocolates. He would tell us about where all was he performing next—there was a paper tagged on the wall with his itinerary written. When I was 21, and my brother Danesh was 18, he took us to the US, and it was our first trip abroad. We travelled with him, and met all his friends. He was a cool uncle—he left us alone in Amsterdam for two days,” says Xerxes laughing. Neha, who has written the text for the show, tells us about Deboo’s time growing up in Jamshedpur, where his father worked with the Tatas. “His mum introduced them to music, and then later a dance teacher came home to teach girls in the neighbourhood. He was there, and that was the beginning.”

Neha remembers a strange run-in with him, years before she became part of the family. “He performed at my school in Delhi, and I was blown away. I was supposed to go on stage after him, and I was nervous, so he encouraged me. Years later, when I met him with Xerxes, he took us to Worli’’s Copper Chimney for lunch. He wanted to know everything about me, and I was quiet all along. He was intimidating, but once he took you in, he was very involved.”
His greatest gift was his friendship. “When he was sick, he made a WhatsApp group of around 80 people, all friends, whom he’d update every day. And they were cheering him on,” she says. Xexres adds, “Neha and I once went to America, and he said, ‘I have a friend there, whom I last met 25 years ago’. She came to pick us up, and spent time with us. His relationships were strong till the end.” 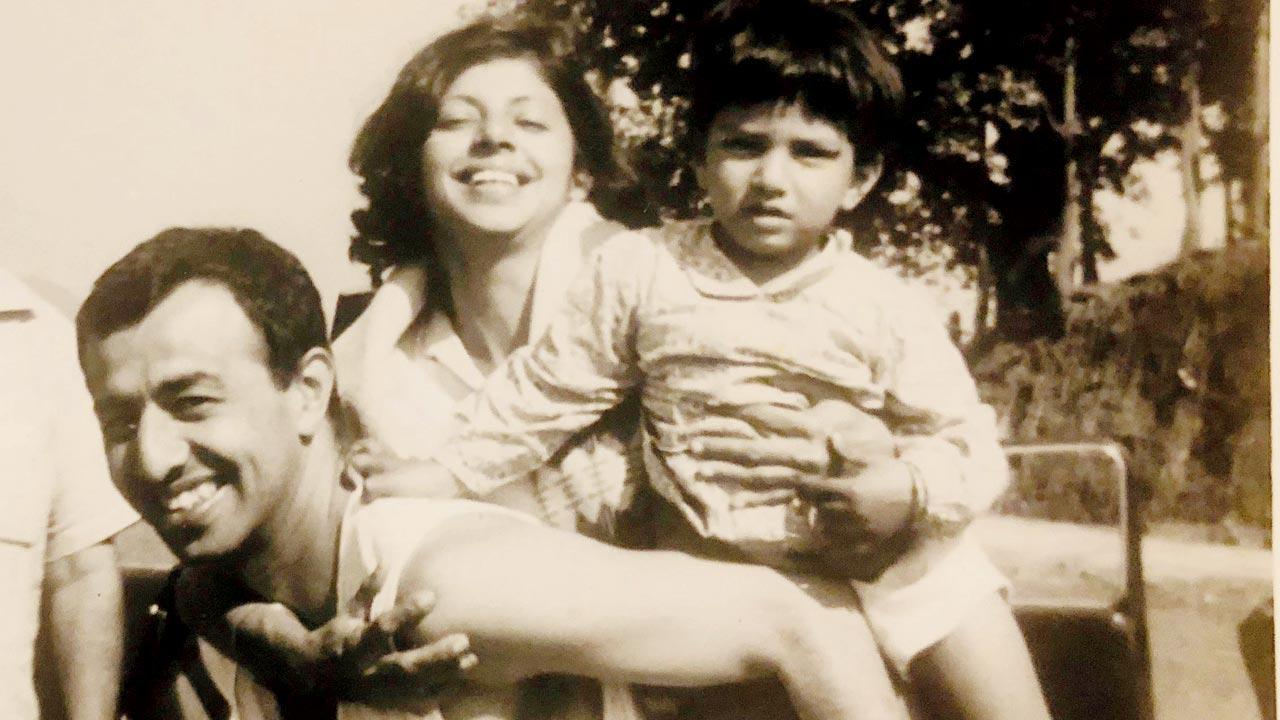 For the sisters, the process of putting together the retrospective was a discovery. As travel guide Gulshan Deboo, the youngest sibling, says, “I have found out things about my brother that I never knew!” Admitting that her brother went through hard times, first as a young student in Mumbai, and later, as an artiste, trying to find acceptance in his own country, she says he had a never-say-die attitude.

“We never spoke about our problems... this family, there is no action replay,” she laughs, “He never took no for an answer, and that is his legacy. He was sensitive, and he was hurt sometimes at how hard it was, but he continued, and lived life king-size. I used to tell him I would never be able to do it. ‘Baapre, tujh kari sake [only you can do it]’.  This was when he couldn’t find sponsors for his productions. He was a self-made man. But come night, and he would put his dancing shoes on, and head to discos like Blow Up at the Taj or Studio 29 at Marine Plaza.” Kamal Antia, the eldest sibling, who used to work at Bank of Baroda, says that as a brother, Deboo was loving and caring. “I went through hard times with my husband being sick, and Astad was a rock.” 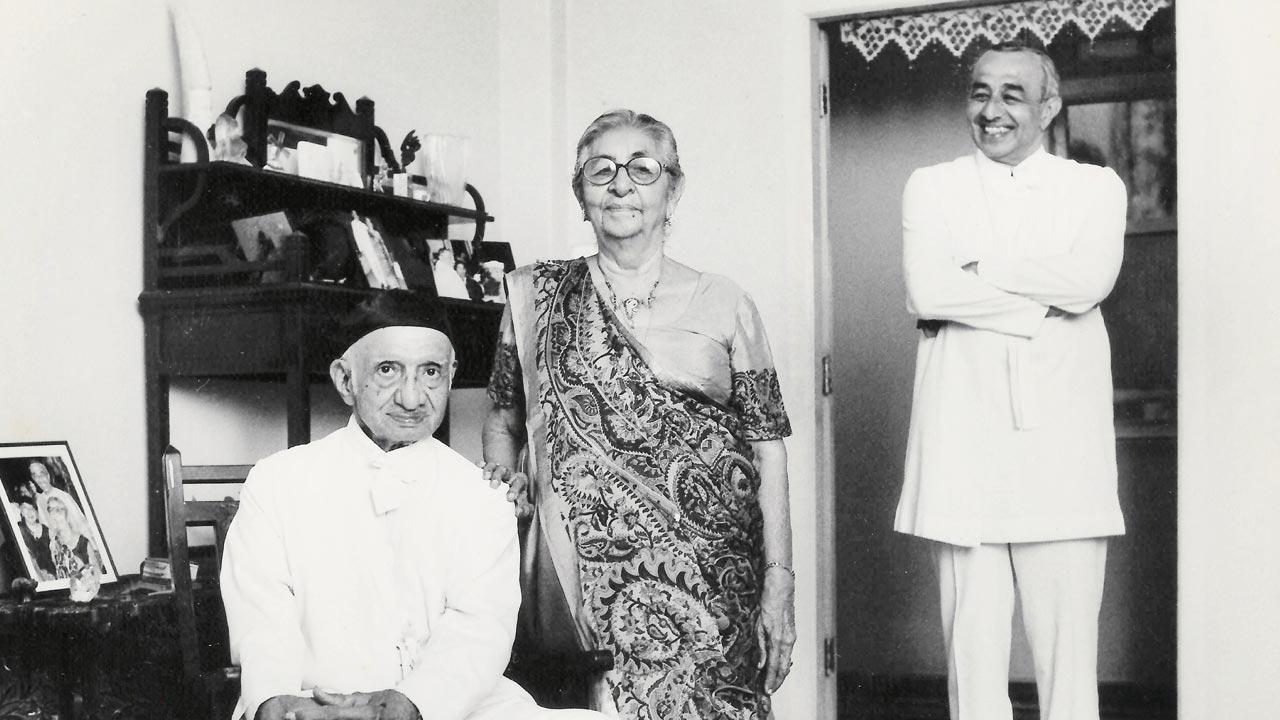 With his parents Aderbad and Roda Deboo in Mumbai

We pore over some of his professional photos—in a 1982 work, Insomnia, Deboo is seen trying to wriggle his body through the spaces in between two stands of a ladder; in another titled, In Chewing Gum, his body is wrapped in a stretchable textile. Though he has collaborated and worked with the greats of his time, including theatre legend Satyadev Dubey, Pink Floyd, and the Gundecha Brothers, his sister Gulshan shares that he ensured he kept his work relevant and contributed to social causes across the country.

He worked with the hearing impaired (Action Players in Kolkata, the Clark School for the Deaf in Chennai, Stephen High School for Deaf and Aphasic in Mumbai) and the under-privileged (Salaam Balak Trust), creating works that pushed the boundaries of his own craft. 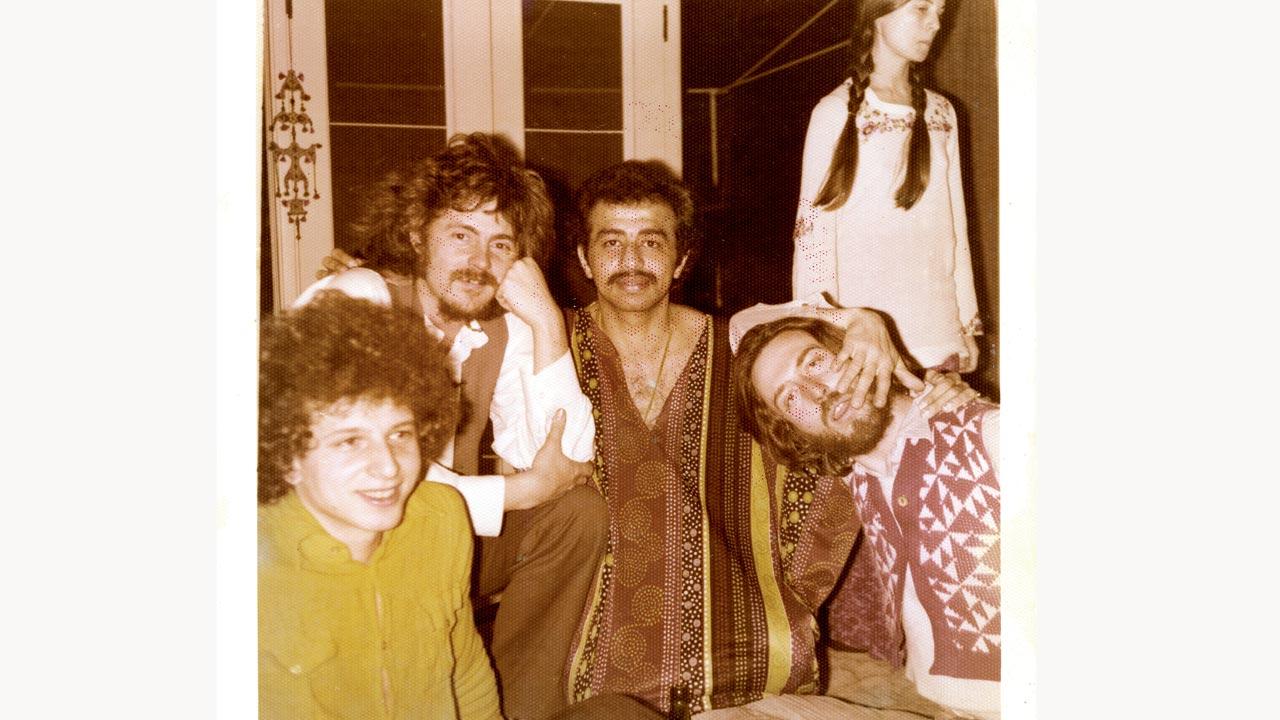 Deboo with friends during his international travels

He was also a mentor to many. And for the people who worked with him, and had the pleasure of his friendship, he was one of a kind. As Shanoo Bhatia of EuMo, who has designed the retrospective and worked with Deboo on many of his sets, says, “We’ve been working on this since June. It’s been overwhelming because I knew him since 1993 and sifting through his journey, his photos, diaries and letters was bittersweet because of the memories associated with him. He would write to me, send images, and call from all over the world to stay in touch.

His memorabilia stirred memories, brought back laughter and the physical momentum that propelled you in his company. He was my companion to events, always offering his arm in old-fashioned chivalry as we swept into fashion shows and soirées. He would try to fade into the background and bring me canapés to nibble as I networked, but of course, he immediately drew a crowd of wide-eyed fans.”

Bhatia remembers how Deboo and she “shared tears and disappointments, traumatic rejections, frustrations at the Indian cultural scene being dominated by traditional artistes with little space for experimentation”. But, she says, what he succeeded in doing was creating a “disruption” that was required to create new avenues for the next generation of artistes. “His fearlessness and self-assurance in the face of conservative babus is what he will be remembered for. He was genuinely a global citizen, at home everywhere, unafraid to pick up languages and interact on new grounds and on his terms. His opportunism was only to carve spaces where none existed to celebrate a new expression, a fresh perspective, a daring new style; he gave meaning to being a contemporary Indian dancer and fired up the imagination of audiences around the world.”

Next Story : Parentification: You are not your parent’s keeper