A new show at the museum revisits women’s movements over the years, but punctuates them with humour and irony 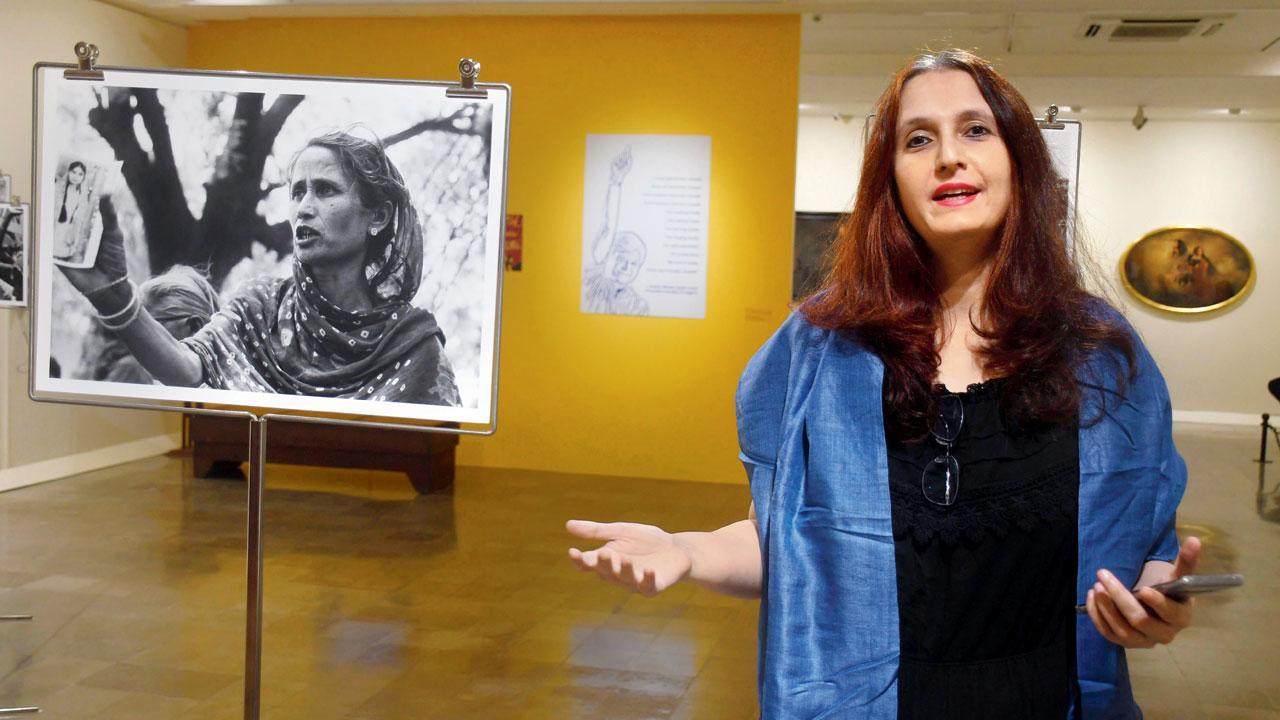 
When Nancy Adajania was requested by the Director General of the Chhatrapati Shivaji Maharaj Vastu Sangrahalaya (CSMVS) to curate an exhibition devoted to Indian women artists to celebrate the museum’s centenary, she could have walked the beaten path by showcasing prominent names. “That is the default format of the art world, which I wished to avoid,” says the cultural theorist and curator. “I am saddened by how the art world emphasises the cult of the individual artist over the interplay between the individual and the collective, from which all culture is truly produced.”

In Woman Is As Woman Does, she highlights the works of five generations of Indian women artists. “I chose to begin this show with a significant moment in the women’s movement—galvanised after the Mathura rape case in the 1970s—which further gathered momentum through successful protests for legal reform in the 1980s. Also integral to this exhibition is the Chipko movement in the 1970s, and various initiatives to safeguard individual liberties. Women have been at the forefront of many of these movements. It is this sense of agency I wish to emphasise.” 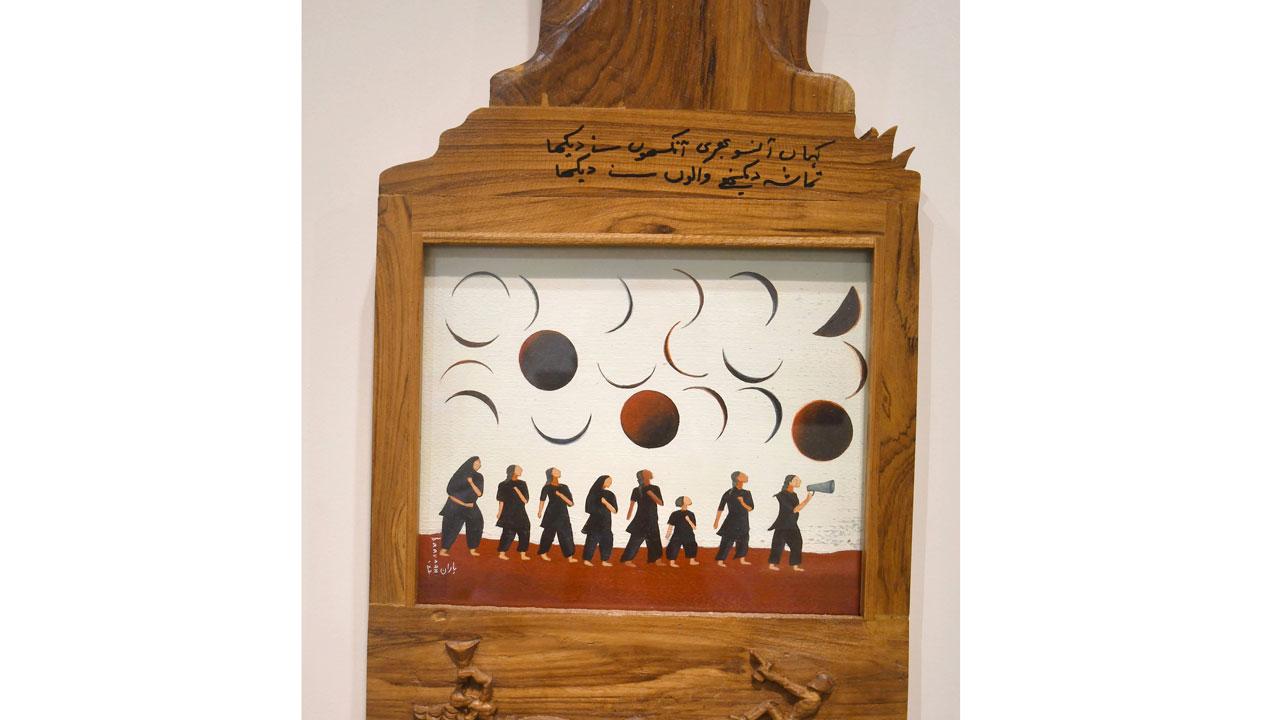 An acrylic, paper and wood artwork by artists Baaraan and Moonis Ijlal from the Mourners and Witnesses Series, 2022

Scripted like a polyphonic musical score, works by 27 women artists in diverse mediums and formats are exhibited in this show. Besides oil and water-colours, there’s inter-generational mapping curated as a relay of ideas, arguments, and practices through photo-placards, documentaries, a sculpture installation, a performance video, a comic scroll, protest songs, zines, Instagram albums, posters, recipes, and contextual ephemera such as pamphlets brought out by diverse women’s groups. “The artists are from different walks of life and ethnicities,” Adajania informs. “Those born to privilege sit alongside those of Dalit or Adivasi origin. Whether they explore conventional media or alternative practices, these artists challenge patriarchal norms to express solidarity with the marginalised.”

The exhibition begins with a revisitation of artist Nilima Sheikh’s acclaimed series, When Champa Grew Up, an anti-dowry elegy that generated debate around the state of womanhood in 1984. Textual annotations and paintings over prints of the original works denote how violence against women has increased dramatically—echoing more recent cases of brutality such as Nirbhaya, Hathras, Unnao and Kathua rapes. These are juxtaposed against photographer Sheba Chhachhi’s protest snaps from the 1980s. “I was in school at the time,” says the independent art critic and curator, “and remember a brutally recurrent front-page headline—Woman Burnt Alive by In-laws. The war for women’s freedom and their right to exist was fought in courtrooms, streets, newspapers, and classrooms.”

“This exhibition is our tribute to women power to highlight transformative changes in varied socio-cultural, political and economic spheres,” explains Sabyasachi Mukherjee, Director General of the CSMVS. While the tone of the exhibit is strong, Adajania focuses on empowerment, resilience, and strength, even creating a sense of optimism between each narrative. “I didn’t want it to be dreary or pedantic,” she says. “I chose colours such as salsa red to signal a sense of junoon—passion, frenzy, madness—and yellow to project light outwards rather than absorb it and implode. There are speech and thought bubbles with quotes by artists, and protest songs have been positioned discretely to increase or temper the decibel levels of the thoughts and ideas of every contributor. There is no question of portraying any kind of victimhood. Instead you will find humour, irony and playful transgresses.”

WHAT: Woman Is As Woman Does
WHEN: Till October 16, 2022 from 10:15 AM to 6 PM
WHERE: Jehangir Nicholson Gallery and Premchand Roychand Gallery, Chhatrapati Shivaji Maharaj Vastu Sangrahalaya, Fort
CALL 2222029613

Next Story : Song from the Alps