We loved seeing Dhanush proudly wearing a veshti at The Gray Man premiere and enjoyed seeing Anthony Russo’s wife Ann pairing a glamourous, floor-length Tom Ford gown in sequined black, with jewellery from the homegrown luxury label from the House of Tata – Zoya. 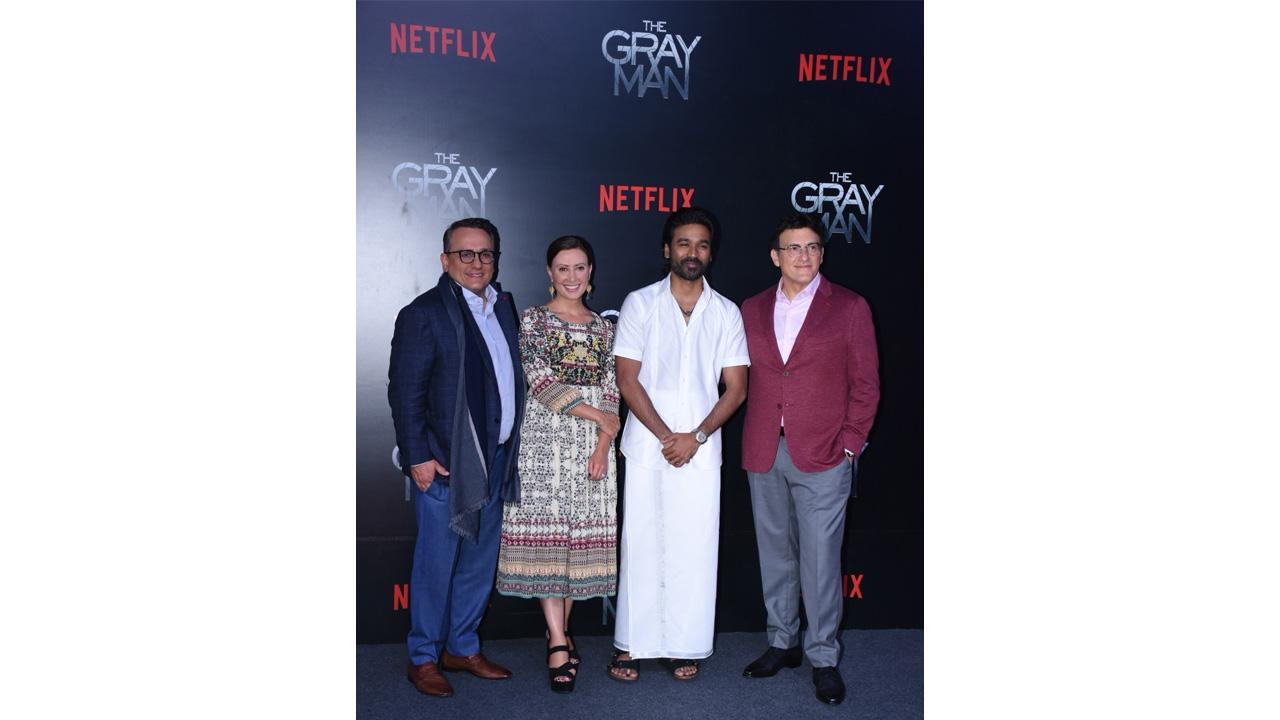 Impeccably crafted, ruby and diamond tassel earrings swayed alluringly just as her diamond and emerald rings popped with vibrant colour. “India has a beautiful tradition of craftsmanship in jewellery and Zoya is a wonderful example of this. I am thrilled to have worn Zoya. The design inspiration of my earrings is very appropriately from Hollywood, while the rings are from their rooted collection, and draw inspiration from the strength of the Amazonian rainforest. The sparkle, brilliance, and colours of the pieces were dazzling, and I received many compliments throughout the magical evening,” she told us.

Zoya’s jewellery has carved a niche for itself as a leader in luxury jewellery and is a favourite of a number of leading ladies not only from the world of cinema, but artist’s designers and corporate leaders as well. The brand’s showcase on international runways like Paris Fashion Week has made it a favoured pick for international celebrities as well and a worthy ambassador for India’s rich heritage of jewellery craftsmanship.

The event was the premiere of action thriller “The Gray Man” in Mumbai, and it filled with starry shimmer. Directed and produced by the Russo brothers - Anthony and Joe - this eagerly awaited film, premiers soon on Netflix. Gracing the carpet of the star studded event along with their wives Iolanda and Ann, the Hollywood majors were joined by a host of Bollywood stars including Vicky Kaushal, Vishal Bharadwaj, Alaya F., Jaqueline Fernandes, Rajkummar Rao and Randeep Hooda. Most exciting for fans was the appearance of Tamil film star, Dhanush, who also stars in the film along with Ryan Gosling and Chris Evans.

The Russos are on a whirlwind promotional tour across the globe, but are clearly delighted with India.  "I was enchanted by my first day ever in India, motivated by the premiere of my husband Anthony’s film, The Gray Man, in the most welcoming city of Mumbai. Thank you, radiant people of India. Thank you to Netflix, AGBO, and especially resplendent star Dhanush for bringing us to Mumbai. Thank you, Zoya!" said Ann.

Anthony Russo and Joseph Russo, collectively known as the Russo brothers are best known for directing four films in the Marvel Cinematic Universe: Captain America: The Winter Soldier, Captain America: Civil War, Avengers: Infinity War, and Avengers: Endgame, a film that became one of the highest-grossing films of all time, making them amongst the most commercially successful directors of all time.

Next Story : Souvik Saha, Founder of “Cine Kolkata”, shares how he created one of the biggest digital platforms of Kolkata