Tanushree Dutta opens up on how people had body-shamed her 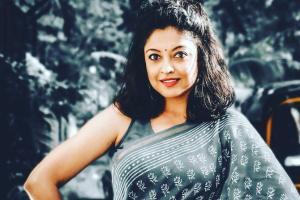 
Tanushree Dutta made her Bollywood début in 2005, appearing in Chocolate and Aashiq Banaya Aapne. Since then there has been no looking back for her. The actress is also a fitness freak and is known for her physique. However, there was a time when the actress was body-shamed.

In a recent interview, the actress revealed the comments passed at her when she used to weight heavier. She also narrated her dramatic weight loss journey. Speaking to Times Now, Dutta said, "I think, in the last couple of years, when I was maintaining a bigger body frame, I think a lot of people took that as an excuse to body-shame me. Sometimes people can be really sneaky, you rarely come across people who outright call you fat. They said in sneak ways and that hurts you nevertheless. They will say something like that is completely unnecessary. Don't I know it? People would be like 'oh you have put on a bit of weight, you are bigger than before.' Basically underhanded comments. I got a lot of underhanded comments and underhanded compliments, which you can tell the intention of the person the way they are talking to you. You can tell that they don't have their best interests in me. They say it to put you down and make you feel bad. I did go through that emotional roller coaster."

She continued, "Although I knew I wasn't looking bad, I would like myself in the mirror and I would dress up according to my body type. I would look good because I had my friends, family and well-wishers who would compliment me when I would go. So I looked full-figured and I carried myself with grace but then there were those individuals, from time to time, to make it point and point out something in a negative way. I would feel bad and hurt. I still believe that my weight loss is not because I ascribed to any physical standards of beauty."

She also said that unlike India, she did not face body-shaming issues in the US. "When I came to India in 2018, you know a certain section of media also circled my pictures and did pre and post stories. Some of it tends to bother you sometimes and you feel bad that they are trying to say that you are not good enough. In the United States, people are a lot more considerate and positive now. We have plus size models out there. We have a big dialogue about body positivity and inclusivity out there and I have lived with that. When I came back, I got comments in all languages. I have heard every possible word in every possible language for fat, except for fat. That much little concern they had of not outright calling me fat. But there was every possible connotation of fat. I would feel bad", she concluded.

Dutta grabbed national headlines in 2018  when made some serious allegations against Nana Patekar. As per the actress' allegations, she was harassed on the sets of Horn 'Ok' Pleassss (2009) by the actor. This declaration was seen as the catalyst for the Me Too movement in India.

Next Story : Kangana Ranaut dances her heart out at brother Aksht's Mehendi ceremony