He has come a long way from being a man with style to a fashion blogger, a fitness freak, video makers at Tik Tok and now the music celebrity 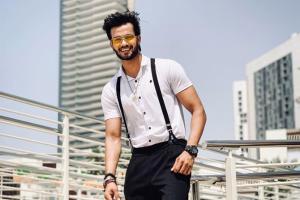 
For Shadan Farooqui, life has often revolved around fashion and fitness. His good understanding of the fashion world has made him a fashion blogger where he shared his insight about different brands, designer dresses and the fashion world at length. However, he soon used his knack for fashion in his Tik Tok videos. He mostly embarked upon comedy videos although he tried other genre videos as well. This in many ways has helped him to shape his acting skills. He then used social media to share and promote his videos on the web world allowing him to get a good fan base and followers.

This soon made him the Tik Tok celebrity giving him the chance to entertain his fans made on social media. His experiments with Tik Tok media proved worthy as he was offered a music album where he acts as the leading man in the songs. This will be his debut in the music world, which seems to be a different direction at the moment. All thanks to his knack for making good and quality videos on Tik Tok that has shaped his career in a big way. His style and aura supplemented his persona getting him this offer with bigwigs of the music world.

He has come a long way from being a man with style to a fashion blogger, a fitness freak, video makers at Tik Tok and now the music celebrity. He is now gearing up for his next venture which gives him the chance to come in limelight. He has tried his luck in modeling as well and has worked with different commercial and print ads. He has also remained the part and parcel of many ad and marketing campaigns for different brands. All thanks to his good looks and physique along with the style and aura he has that has multiplied in a big way.

Next Story : Bala: Yami Gautam has a very cool take on bald men