Abhimanyu Dassani to star opposite Shreya Dhanwanthary in ‘Nausikhiye’

Helmed by Santosh Singh, the film will star Abhimanyu Dassani, Shreya Dhanwanthary, and Anmol Parashar in the lead roles and will stream exclusively on the OTT platform Lionsgate India 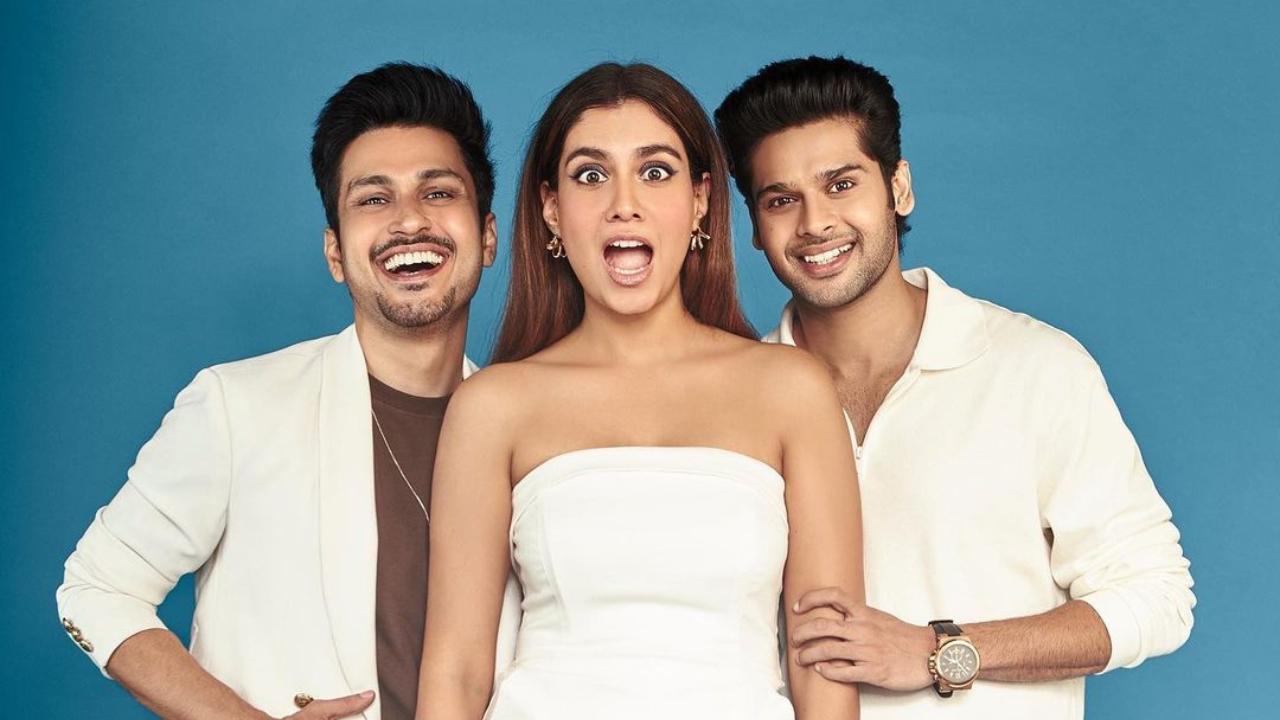 Taking to Instagram, Abhimanyu shared a string of pictures which he captioned, “This is an absolute adventure! Lionsgate India Studios goes big, announces back-to-back feature films with next-gen talent. ‘Nausikhiye’ starring Abhimanyu Dassani, Amol Parashar, and Shreya Dhanwanthary, will be directed by Santosh Singh and produced by Ellipsis Entertainment..”

Helmed by Santosh Singh, the film will star Abhimanyu Dassani, Shreya Dhanwanthary, and Anmol Parashar in the lead roles and will stream exclusively on the OTT platform Lionsgate India.

The official release date of the film is still awaited.

Also Read: Shreya Dhanwanthary: Chup is an ode to art and the spirit of every artist

Previously, the production house announced their film ‘Letters to Mr Khanna’ which will star Sunny Kaushal and Neetu Kapoor in the lead roles.

Meanwhile, Abhimanyu was recently seen in the family entertainer film ‘Nikamma’ alongside Shilpa Shetty Kundra and Shirley Setia which failed to impress the audience at the box office.

Shreya, on the other hand, was seen in the psychological thriller film ‘Chup’ opposite Dulquer Salmaan and Sunny Deol.

Helmed by R Balki, the film gathered positive responses from the audience and is now streaming on the OTT platform Zee5.