On the 76th Independence Day, Anushka took to Instagram and shared a picture with her husband and cricketer Virat Kohli 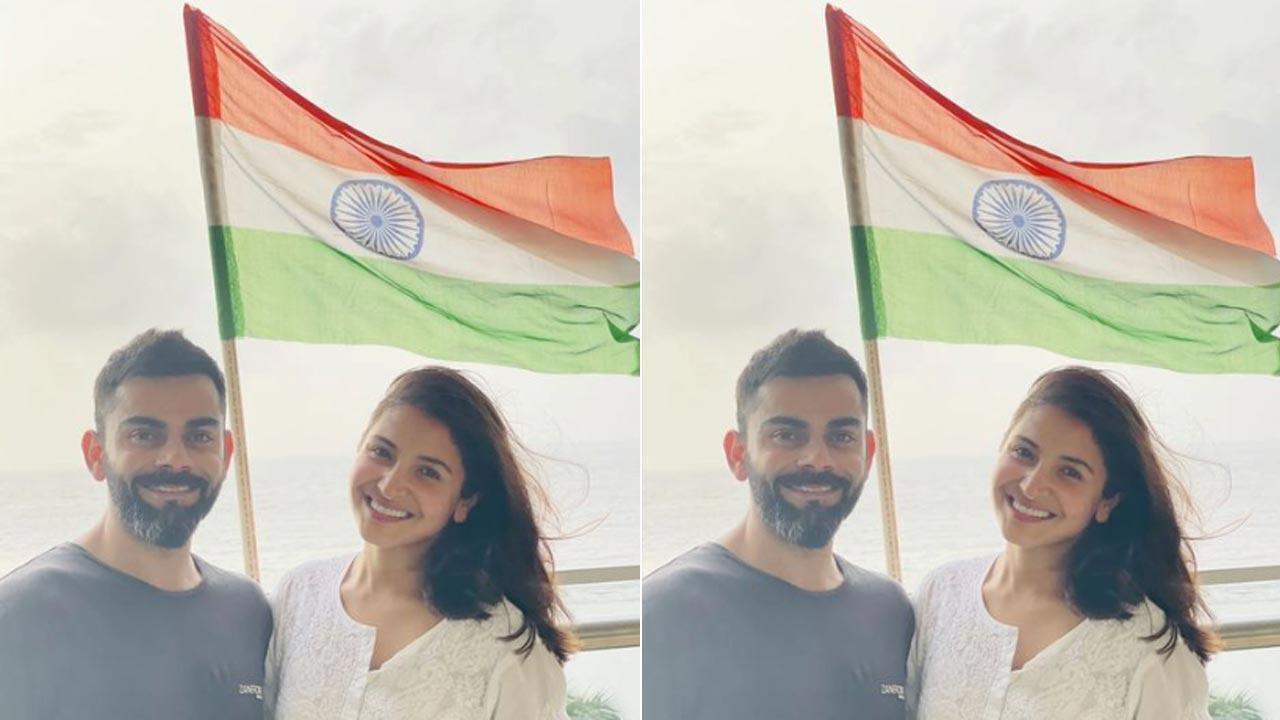 
Anushka Sharma and Virat Kohli wished the people on the occasion of India's 76th Independence day and displayed the Indian Flag at their residence in Mumbai, keeping up with Prime Minister Narendra Modi's 'Har Ghar Tiranga' campaign. On the 76th Independence Day, Anushka took to Instagram and shared a picture with her husband and cricketer Virat Kohli.

In the picture, the duo is seen standing in front of the flag smiling for the camera. "Celebrating 75 years of our Independence. Wishing all the Indians around the world a very #HappyIndependenceDay. Jai Hind," Anushka captioned the post. For the special occasion, Anushka chose to wear a chikankari embroidered kurta, while Kohli opted to don a casual look by wearing a black T-shirt. Kohli, too, extended Independence Day wishes to everyone.

Taking to Instagram Story and Twitter, Kohli wrote, "75 glorious years. Proud to be an Indian. Happy Independence Day to all. Jai Hind." He also participated in Modi's 'Har Ghar Tiranga' initiative by changing his social media Display Pictures with Tiranga image. The aim of the 'Har Ghar Tiranga' campaign is to make the relationship with the national flag a more personal one rather than just keeping it formal or institutional, said the Union Ministry of Culture. Under the banner of Azadi Ka Amrit Mahotsav, this year's Independence Day is truly special in a number of ways.

This Mahotsav (or the grand celebration) is dedicated to the people of India who have not only been instrumental in bringing India thus far in its evolutionary journey but also hold within them the power and potential to enable Prime Minister Narendra Modi's vision of activating India 2.0, fuelled by the spirit of Aatmanirbhar Bharat.

As part of the Mahotsav or grand celebration, several events and campaigns have been organised for over the last 75 weeks to celebrate independence and the glorious history of India's people, culture and achievements. The official journey of Azadi Ka Amrit Mahotsav commenced on March 12, 2021, which started a 75-week countdown to the 75th anniversary of India's independence and will end post a year on August 15, 2023.