Arjun Kapoor lauds Alia Bhatt over her jawline during pregnancy

Sharing a series of pictures, Alia wrote, 'just another day ... lounging around and promoting darlings - hope you're having a nice day .. bye." 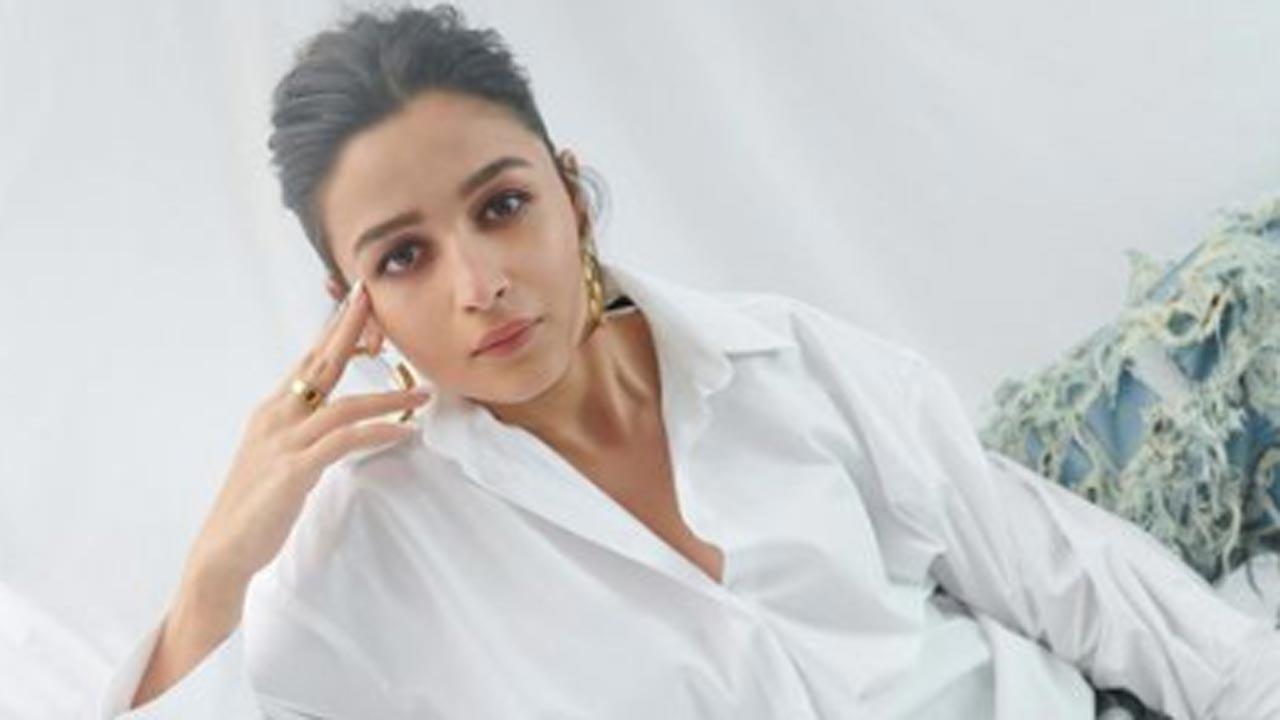 
Mom-to-be Alia Bhatt has been leaving fans drooling over her stunning sartorial maternity choices. On Wednesday, the 'Raazi' dropped a couple of stunning pictures on her social media. Apart from her beauty, what grabbed everyone's attention was the comment of Arjun Kapoor on her post. Let's take a look at the pictures that Alia dropped on her Instagram handle.

Sharing a series of pictures, Alia wrote, 'just another day ... lounging around and promoting darlings - hope you're having a nice day .. bye." In the pictures, she looks absolutely stunning with the pregnancy glow and a beautiful boho-style look she donned for the new photo shoot. She was seen wearing a classic oversized shirt which she paired with unique ruffled-distressed style jeans. 'Gangubai Kathiawadi' actor accessorized her look with statement golden hoops and a set of rings.

For makeup, she went for a dewy makeup look with nude lips to complement her outfit. Alia donned matching heels to complete the entire chic yet classy look. As soon as the 29-year-old actor posted the pictures, her fans and industry friends swamped the comment section. Actor Arjun Kapoor dropped the comment. He wrote, "This jawline during pregnancy.kamaal hai Alia Bhatt... too gewd."

Fans reacted with fire and heart emojis on her post.

Meanwhile, on the personal front, Alia and Ranbir Kapoor tied the knot on April 14, 2022, after dating for many years, at Ranbir's Mumbai residence in an intimate ceremony. After two months of their marriage, the couple on Monday announced that they are all set to embrace parenthood. She also posted a picture which features two lions and a lion cub. A day after announcing her pregnancy, Alia thanked everyone for their wish embrace parenthood.

'Darlings' trailer was launched recently and has been trending ever since. Produced by Gauri Khan, Alia and Gaurav Verma, 'Darlings' marks the feature film debut of director Jasmeet K Reen. The film is touted as a dark comedy, which also stars Shefali Shah, Vijay Varma and Roshan Mathew in lead roles. 'Darlings' explores the lives of a mother-daughter duo trying to find their place in Mumbai, seeking courage and love in exceptional circumstances while fighting against all odds.

The 2-minute-34 second trailer shows Alia and Shefali lodging a missing complaint for Alia's missing husband Vijay Varma. However, there is a twist. Later in the trailer, Alia is seen seeking revenge on her husband who treated her badly. The trailer sheds light on the sensitive topic of domestic abuse through a humorous lens. The film is all set to premiere on Netlflix on August 5.