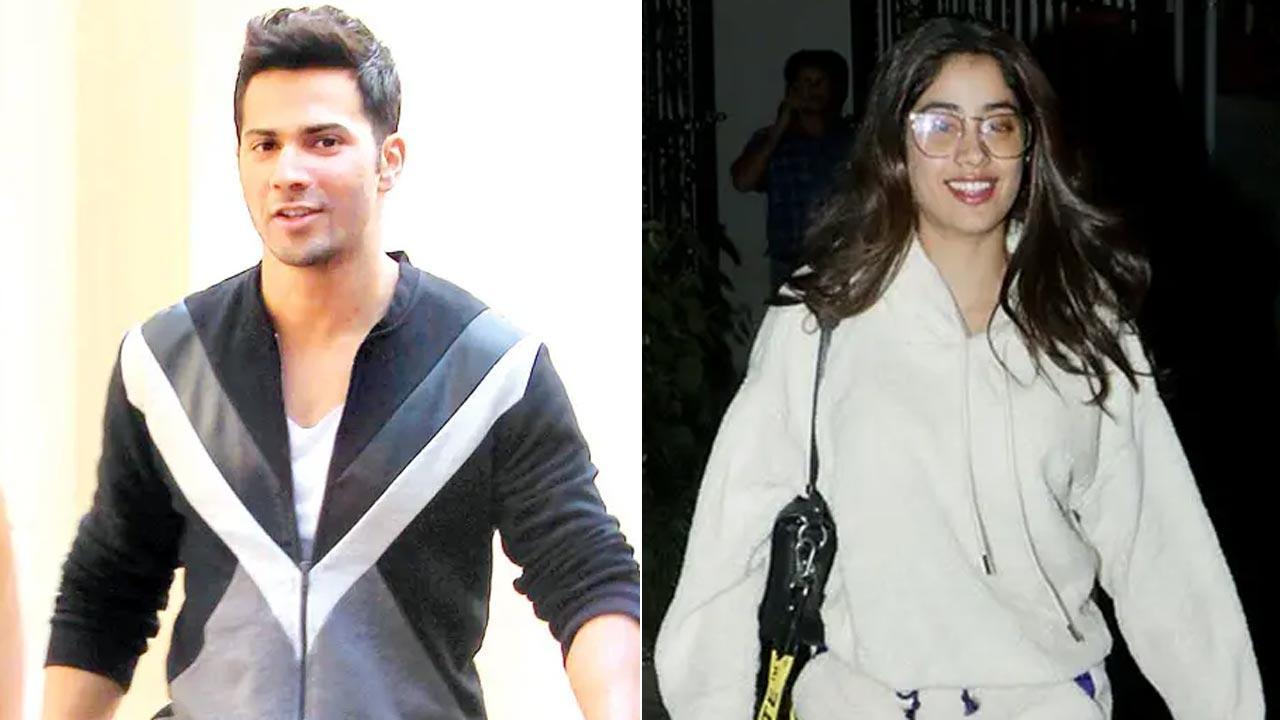 
Bollywood actor Varun Dhawan shared a new hilarious video from their 'Bawaal' shoot diaries of Jahnvi Kapoor who arrived late for the shoot. The 'Badlapur' actor took to his Instagram handle and treated his fans with yet another fun video of Janhvi.

Taking to his Insta story, Varun shared a hilarious video of Janhvi as she arrived late for the shoot. Sharing the video, Varun wrote, "late...."

In the video, Janhvi could be seen coming out of hotel and walk towards Varun and the entire team of 'Bawaal', who been waiting for 'Dhadak' actor. She was seen wearing white sweatshirt and grey wide leg trouser. The actor also opted for pair of white sneakers and blue sling bag to complete her look.

She was seen apologising by saying "I'm sorry sir, bohot late hogaya," to the director of her upcoming film Nitesh Tiwari. Nitesh responded in a quirky manner, he said "Agar log Bawaal ka beginning miss kar denge toh tumhara character samjh mein nahi aayega." How can her co-star Varun can stay behind from not teasing her? He was heard saying, "Janhvi, what is this behavior man?"

Helmed by Nitesh Tiwari, 'Bawaal' is produced by Sajid Nadiadwala and is a social drama. Recently both Varun and Janhvi announced that they had wrapped up their shoot for 'Bawaal' in Amsterdam and headed for Poland. 'Bawaal' marks the first collaboration of the lead cast Varun and Janhvi.

Meanwhile, talking about the 'Coolie No 1' actor, Varun, will be next seen in Dinesh Vijan's next horror-comedy film 'Bhediya' with Kriti Sanon, which is all geared up to hit the theatres on November 25, 2022.

Janhvi, on the other hand, will be next seen in 'Good Luck Jerry', which will stream directly on the OTT platform Disney+ Hotstar from July 29, 2022.