After gracing the most watched red carpets across the globe, including the recent MET Gala, Priyanka Chopra Jonas walks the red carpet at the Cannes Film Festival for the very first time. 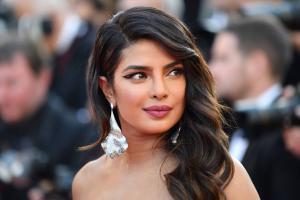 Priyanka Chopra poses as she arrives for the screening of the film Rocketman at the 72nd edition of the Cannes Film Festival in Cannes, southern France. Pic/AFP


After gracing the most watched red carpets across the globe, including the recent MET Gala, Priyanka Chopra Jonas will now walk the red carpet at the Cannes Film Festival for the very first time. Priyanka's fans simply couldn't wait for her to reveal her outfit for Cannes 2019, and now, when she has, they can't stop going gaga over it.

Priyanka is wearing a rose-gold and black ombre thigh-high slit dress on the red carpet, and the diva has caught all the attention with her wavy tresses and winged eyeliner. Priyanka Chopra Jonas keeps the class intact with her rose-pink lips and dramatic eye makeup. Take a look! 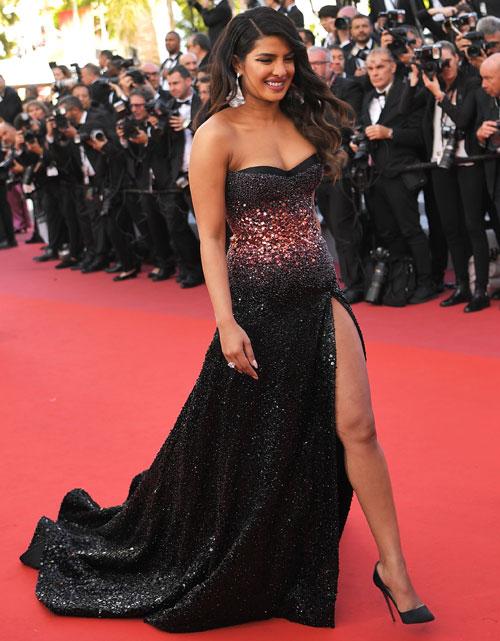 The international icon makes her Festival de Cannes debut, representing the Swiss luxury brand Chopard, at the French Riviera. Priyanka is leaving no stone unturned to make her first appearance at the gala a memorable one. As soon as the Desi girl reached the hotel, she shared a few snaps of her out-of-the-shower look! And, the actress looked as fresh as a daisy

Priyanka Chopra Jonas shared the best shots not only from the red carpet but also from the photoshoot she posed for before walking down in front of the paparazzi at the film festival.

This isn't enough to fall head over heels for this beauty, a picture where Priyanka Chopra Jonas is seen flaunting her legs has taken the internet by storm. Check this out! The actress captioned it with just one black heart, and we can totally get the feels right.

On the work front, Priyanka Chopra will be next seen in The Sky is Pink which also stars Farhan Akhtar, directed by Shonali Bose. The Sky Is Pink will be produced by Siddharth Roy Kapur under his home banner Roy Kapur Films and will hit theatres in October 2019.