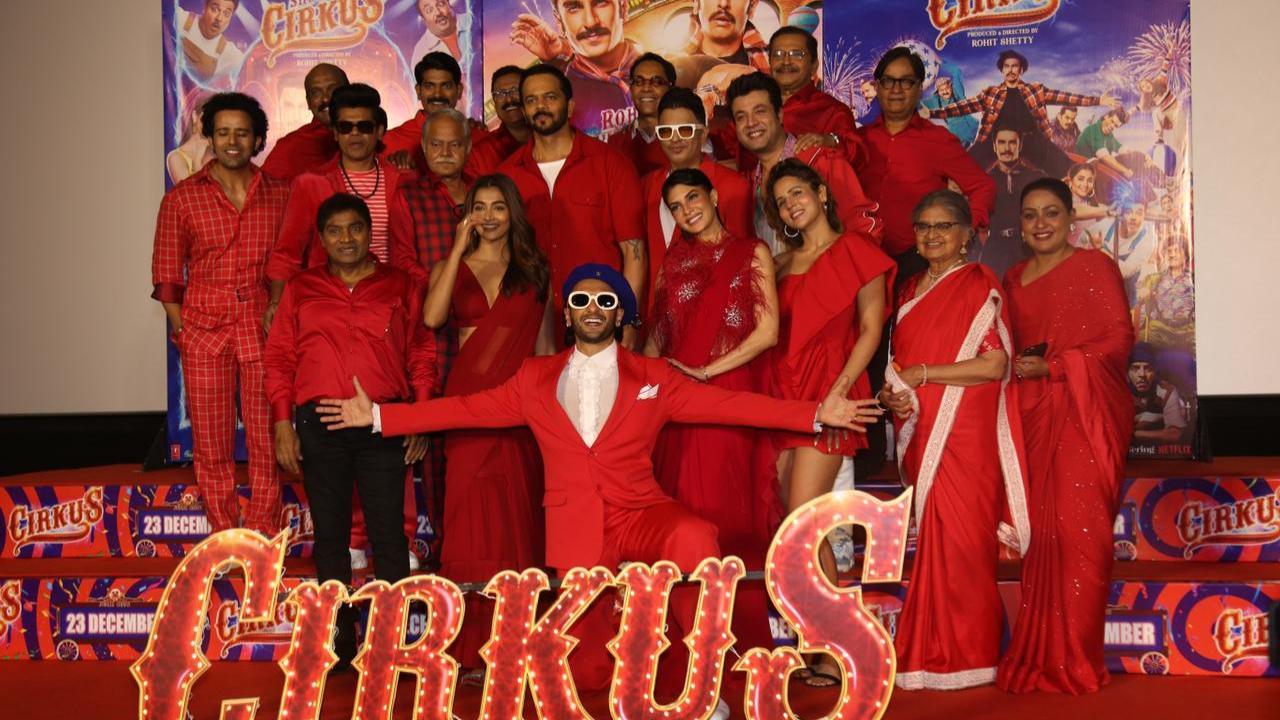 
Bringing a double doze of entertainment this Christmas, Ranveer Singh is all set to treat his fans with his first-ever double role in the mad comedy Cirkus. Directed by Rohit Shetty, the film's trailer is now out and Ranveer has hit it out of the park once again with his rib-tickling performance, replete with crazy expressions and wild body language - it looks like the superstar has aced the slapstick comedy genre!

The trailer was unveiled in Mumbai in the presence of the whole cast of the film. At the launch event, talking about Cirkus, Ranveer said, "Welcome to the #RohitShetty comedy universe and I am blessed to be a part of it, as I have been a big fan of the #Golmaal franchise, says #RanveerSingh on crossover of #Cirkus with #Golmaal and #ChennaiExpress"

Rohit Shetty who has made rib tickling comedies like the Golmaal series and All The Best also gave an update on 'Golmaal 5'. "Yes, now #Ranveer will be a part of #Golmaal5, says #RohitShetty"

Interestingly, the trailer of Cirkus ends with a couple of young boys staring at an orphanage gate by the name of Jamnadas Orphanage. And if you have seen the Golmaal series, you know that it is the same orphange in which the lead character, Madhav, Gopal, Lucky and Laxman grew up.

Next Story : Tuesday Trivia: Can you guess the name of this versatile singer?