Constitution Day 2022: Bollywood movies based on articles, sections of the Indian Constitution

On the occasion of Constitution Day, let's look at some of the greatest masterpieces of Bollywood that showcased social issues and represented key principles of the Indian Constitution beautifully on the silver screen 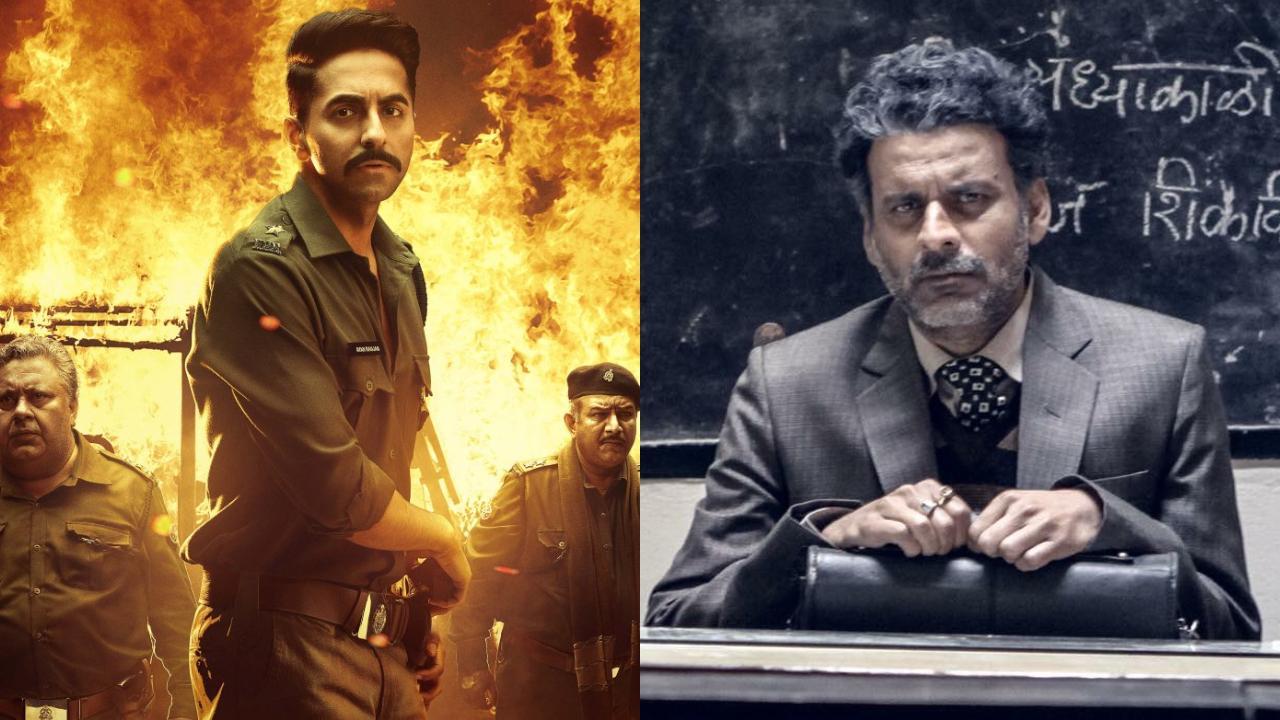 
Constitution Day, also known as ‘Samvidhan Diwas’ in Hindi, is celebrated on November 26 every year to commemorate the adoption of the Constitution of India. In 2015, on the 125th birth anniversary of B. R. Ambedkar, the Union government of India led by PM Narendra Modi announced its plans to celebrate November 26 as Constitution Day. Eventually in the same year in October, PM Narendra Modi declared that November 26 will be observed and celebrated as Constitution Day with an aim to create awareness about our constitutional rights and encourage people to inculcate constitutional values in their lives. A country with the world's longest written constitution, India is also a home to Bollywood – one of the biggest cinemas of the world which delivers thousands of feature films every year. While Bollywood is known for its quintessential masala commercial movies, fortunately, there’s a set of courageous filmmakers in Bollywood who highlight societal problems that people often turn a blind to. From Article 15 to Aligarh, there are movies that revolve around the key sections, articles, laws and rights that are prescribed by the Indian constitution. On the occasion of Constitution Day, let's look at some of the greatest masterpieces of Bollywood that showcased social issues and represented key principles of the Indian Constitution beautifully on the silver screen. 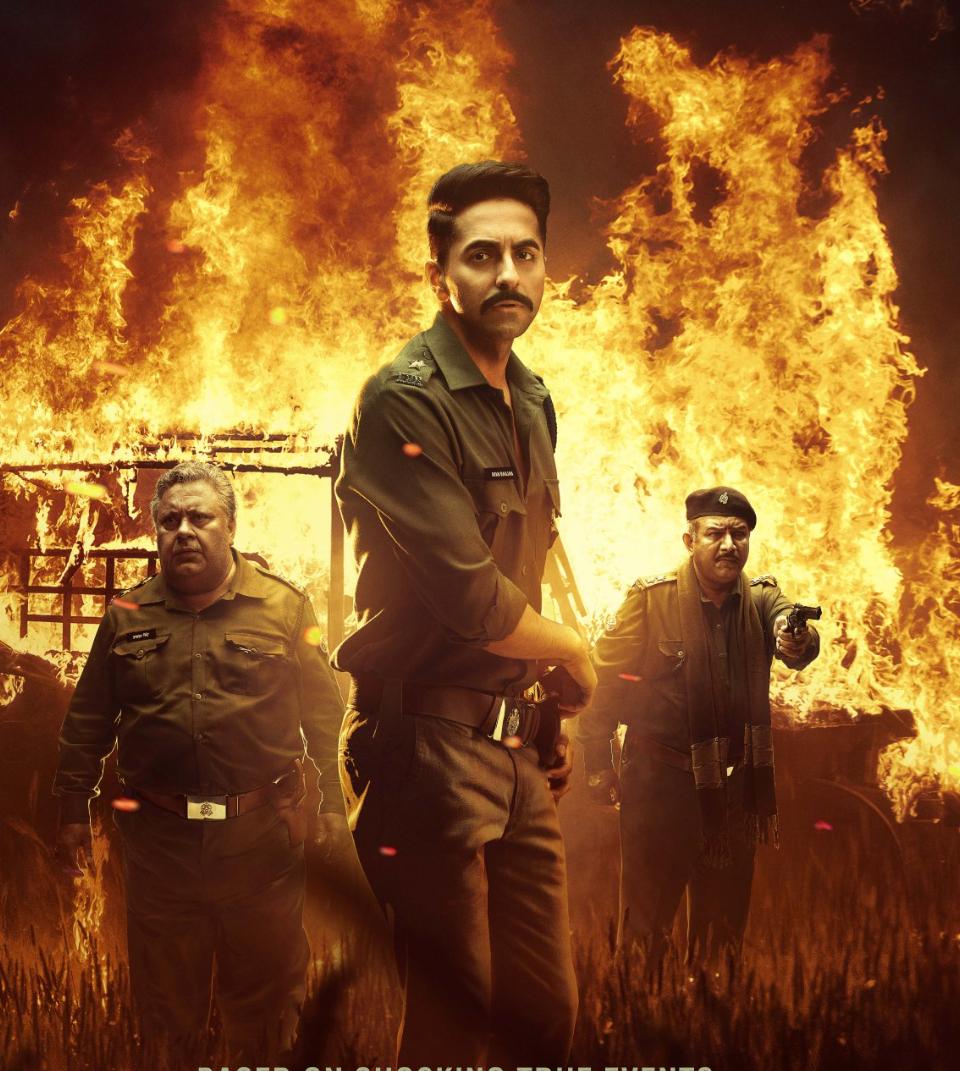 This Ayushmann Khurrana-starrer which is named after the provision of the Indian constitution that prohibits discrimination on grounds of religion, race, caste, sex or place of birth, ‘Article 15’ is a chilling crime drama which highlights the ugly tradition of caste-based discrimination in India. Directed by Anubhav Sinha, the movie revolves around a young and privileged police officer Ayaan Ranjan (Ayushmann), who takes up the case of two missing girls, suspected to be raped and murdered, gets caught in the filthy caste hierarchy. In the movie, we see how the other policemen in his department try to cover up the murder and gang rape, because the girls belonged to a ‘lowered caste’. Further, we see Khurrana solving the case while coping with the grim realities of society, dirty politics and power play. Starring Sayani Gupta, Manoj Pahwa, Kumud Mishra, Isha Talwar and Mohammed Zeeshan Ayub along with Khurrana, the movie is a gentle reminder that discrimination is just not cool. 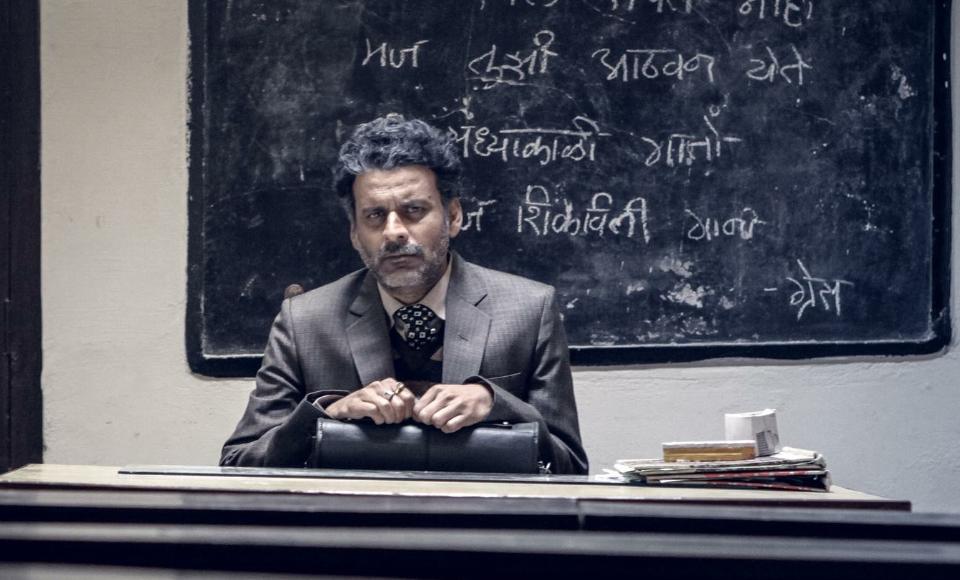 Inspired by the real-life story of late Professor Ramchandra Siras, the Hansal Mehta directorial, ‘Aligarh’ navigates the story of a professor (Played by Manoj Bajpayee) who gets suspended for being a homosexual by the Aligarh University and is tortured physically and mentally by the society for his sexual orientation. Along with Bajpayee, the movie also stars Rajkummar Rao in a pivotal role of a rookie journalist, named Dipu Sebastian. A biographical drama that digs deep into the mindset of society and mirrors the prejudices against homosexuals, the movie is a hard hitting drama that advocates gay rights. This 2015 Manoj Bajpayee-starrer biographical drama was released at a time when homosexuality was seen as a crime and hence, the movie harbored an underlying message of decriminalizing same-sex relationship. However, the Supreme Court struck down Section 377 and decriminalized same-sex relations between consenting adults in 2018. The compelling performance by Manoj and Rajkummar and realistic depiction of story without any melodrama is what makes ‘Aligarh’ worth a watch. 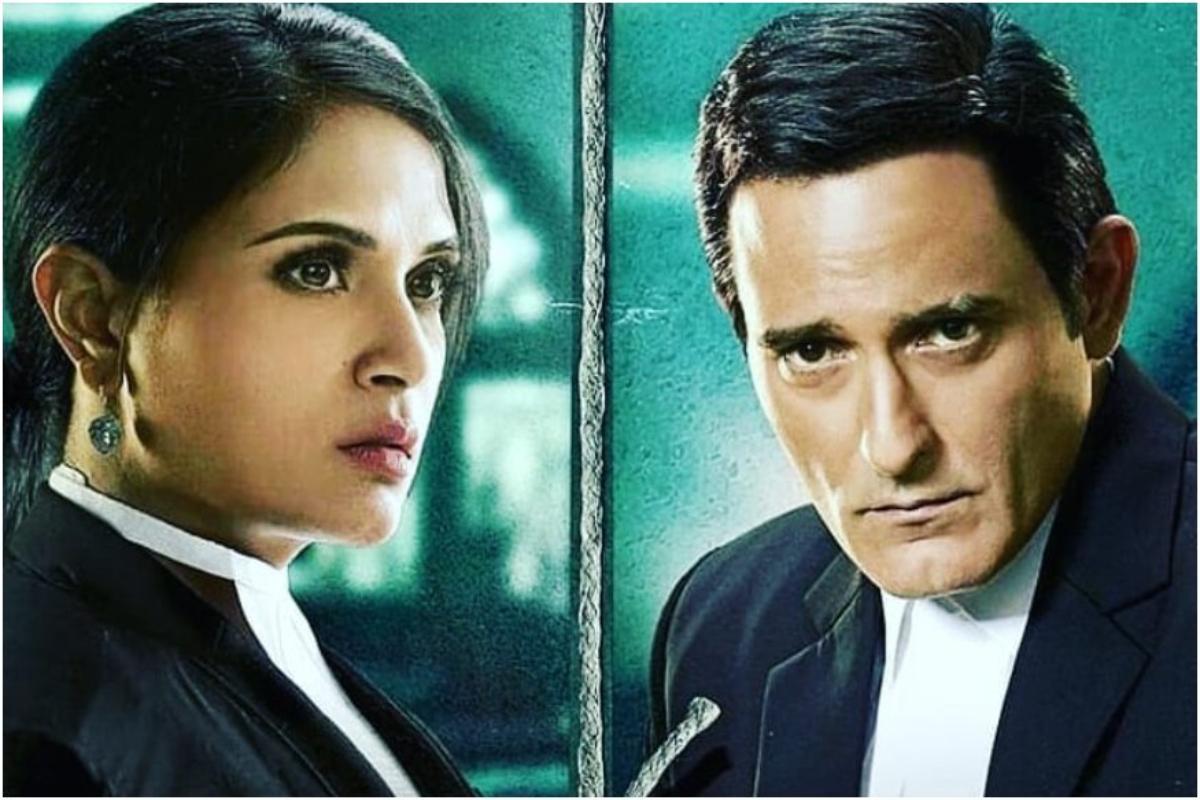 Starring Richa Chadha and Akshaye Khanna in the lead roles, ‘Section 375’ is an intense courtroom drama that keeps one engaged. Directed by Ajay Bahl, ‘Section 375’ focuses on the sensitive issue of rape and also throws light on factors like consent, will and permission when it comes to sex. The story is about a director called Rohan Khurana (Rahul Bhat) who is accused of raping a costume designer named Anjali (Meera Chopra). While Rahul goes behind the bars after being sentenced for ten years by the Sessions court, the case gets re-opened in the High Court where Hiral Gandhi (Richa Chadha) and high-profile lawyer Tarun Saluja (Akshaye Khanna) lock horns while fighting over the rape case. The story where we see Richa as prosecution lawyer representing the victim and Akshay as defence lawyer representing the accused shows how media and social media trials influence the course of such criminal cases. 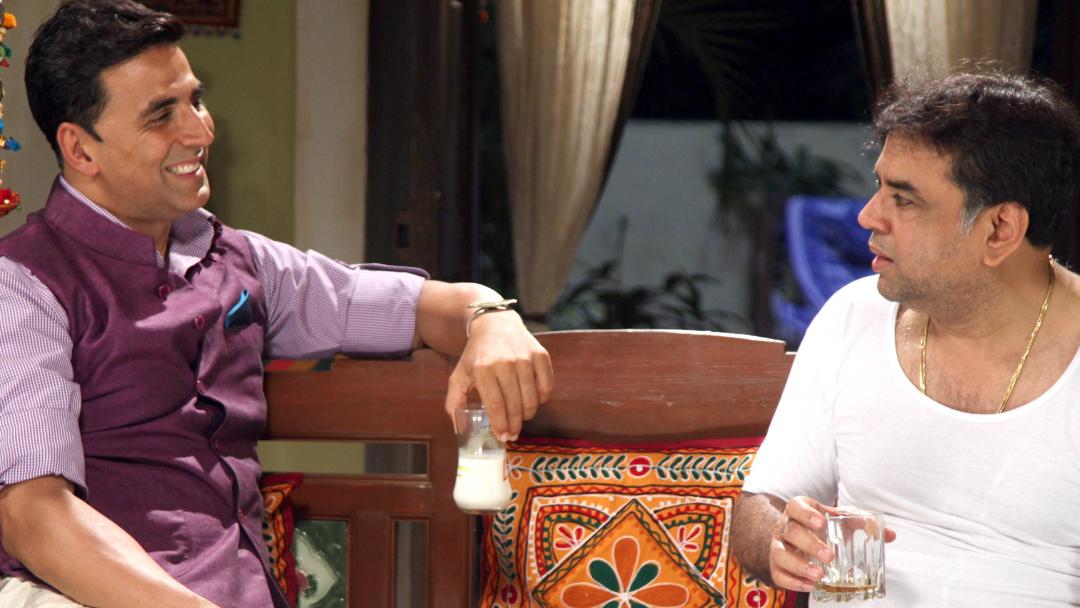 Starring Akshay Kumar and Paresh Rawal in the lead roles, the 2012 blockbuster ‘Oh My God’ is a comedy-drama which revolves around Kanji Lalji Mehta, played by Paresh Rawal, who is a hardcore atheist who runs an antique shop in Chor Bazaar and dupes his customers in the name of God. His life takes a tragic turn when his shop gets destroyed because of the earthquake. For financial assistance, Kanji knocks on the door of his insurance company which refuses to pay, saying it was an ‘act of God.’ After being turned down by the insurance company and abandoned by his family, Kanji goes to court and sues God. Akshay who enters as Krishna Vasudev Yadav is the God who saves Kanji from problems, guides throughout his legal battle and educates him about religion and humanity. Akshay and Paresh’s chemistry is hilarious and the way the story is portrayed doesn’t make it preachy at all, instead it is a light-hearted comedy which tries to convey a serious message that God is present in every human being. 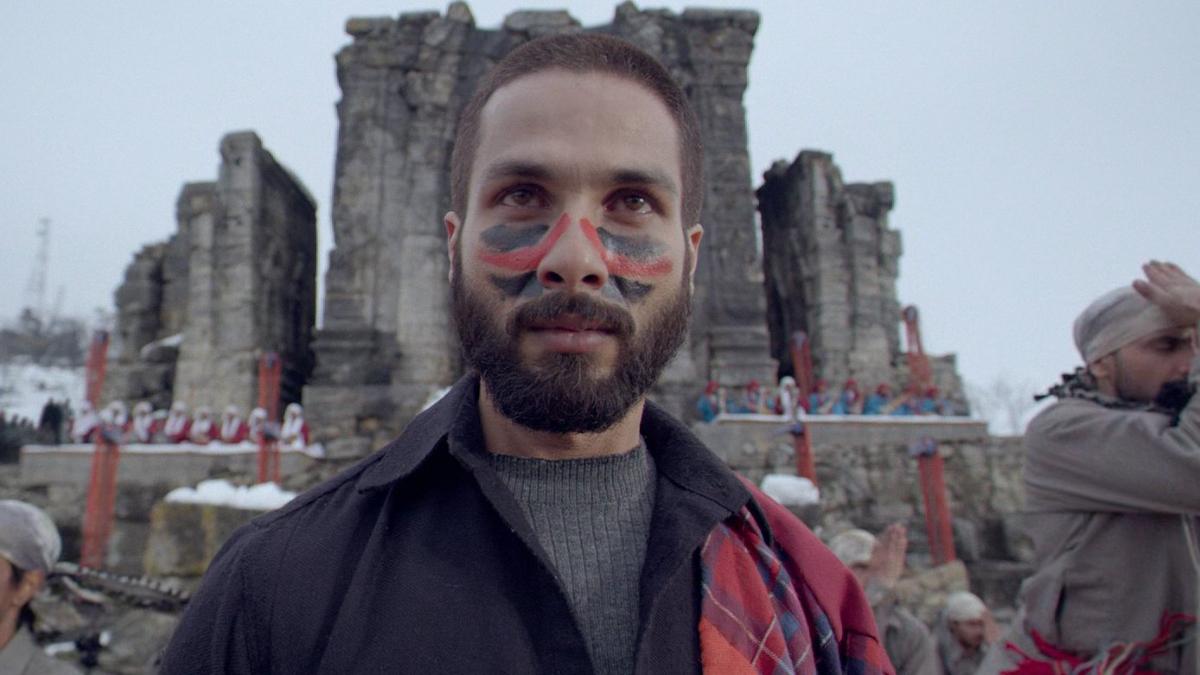 A masterpiece by Vishal Bhardwaj, ‘Haider’ is a brilliant adaptation of William Shakespeare’s Hamlet which stars Shahid Kapoor, Shradhha Kapoor, Tabu, Kay Kay Menon in key roles. While Shahid Kapoor plays the titular character, Tabu plays Gazala who is Haider’s mother and is having a secret affair with her brother-in-law Khurram, played by Menon. The movie also features late actor Irrfan Khan in a supporting role. Set in the Kashmir of 90s’, ‘Haider’ tries to showcase the other side of Kashmir conflict and how the lives of Kashmiris are being affected amidst militancy and martial rule. Apart from Haider’s personal turmoil, the movie boldly depicts the atrocities like extra-judicial killings, disappearances, tug-of-war between government and militants. Moreover, ‘Haider’ also focuses on the controversial act, AFSPA (Armed Forces Special Powers Act) which was imposed on J&K in the 90s. When Haider discovers that not only his mother is having an affair with his uncle but the same man is responsible for his father’s death, from there the story takes an interesting turn. His struggle of juggling father’s grief, anger for his uncle and longing for his mother together drives Haider into madness. Irrfan as Roohdar leaves an impact every time he appears on the screen. Shahid as Haider is simply superb and will leave you stunned with his acting skills.