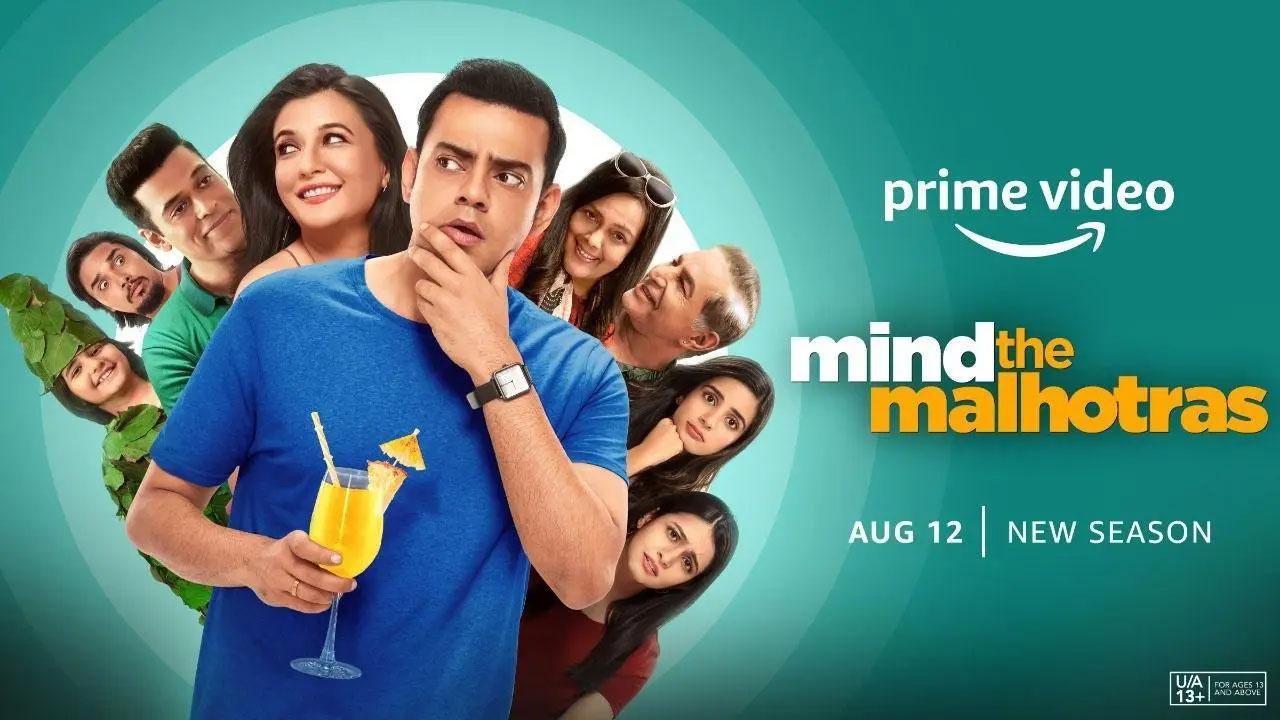 
Cyrus Sahukar spilled beans about his character in the second season of the comedy-drama, 'Mind the Malhotras'. As soon as the second season of Amazon Prime Video's 'Mind the Malhotras' has released, it owned its place in the binge-watch list of the audience. Since the audience has already been involved in the story of this comedy-drama, Cyrus Sahukar who is playing the character of Rishabh brought up his amazing acting process and what the new season has to offer to its audience.

Rishabh Malhotra, who is the husband of Shefali Malhotra is working on a merger with a Japanese company while his wife runs a cooking channel. While Rishabh's character is something that has a resemblance to every household it has evolved up to the next level in season 2.

Also Read: Cyrus Sahukar: Lucky that I never had one specific profession

While this season will see a lot of curveballs that will be coming in Rishabh's way, Cyrus reveals how the character has seen an evolution in season 2. He said, "I really think that he has evolved a lot because, in season 2, there are a lot of curve balls that are coming Rishi's way. Whether it's his obsession with his Japanese merger or the changes in the family or the fact that his father passed away. In dealing with his absolutely hilarious but completely bizarre circumstances, a lot of evolution happens in Rishi's life. There is a lot more drama while I say there is a lot of comedy it also touches upon certain very important aspects in the storyline which will slowly be revealed during the course of the season. So the evolution of the character actually is quite large".

Moreover, if we look at Cyrus's acting process it's a constant learning process that made him evolve into the character to a new phase in the next season. While sharing his journey of the character Cyrus shared "I think the character has really evolved from season one and at times I'm really toying with some scenes and how to approach them. The hope is in trying to keep the honesty of the character and the scene while remembering it as a comedy".

Also Read: Cyrus : Sometimes you have a wonderful project but making it is traumatising