In the poster, actor Ranbir Kapoor could be seen standing on a huge drum, with his one hand up in the air, along with the dancers holding red flags in the background 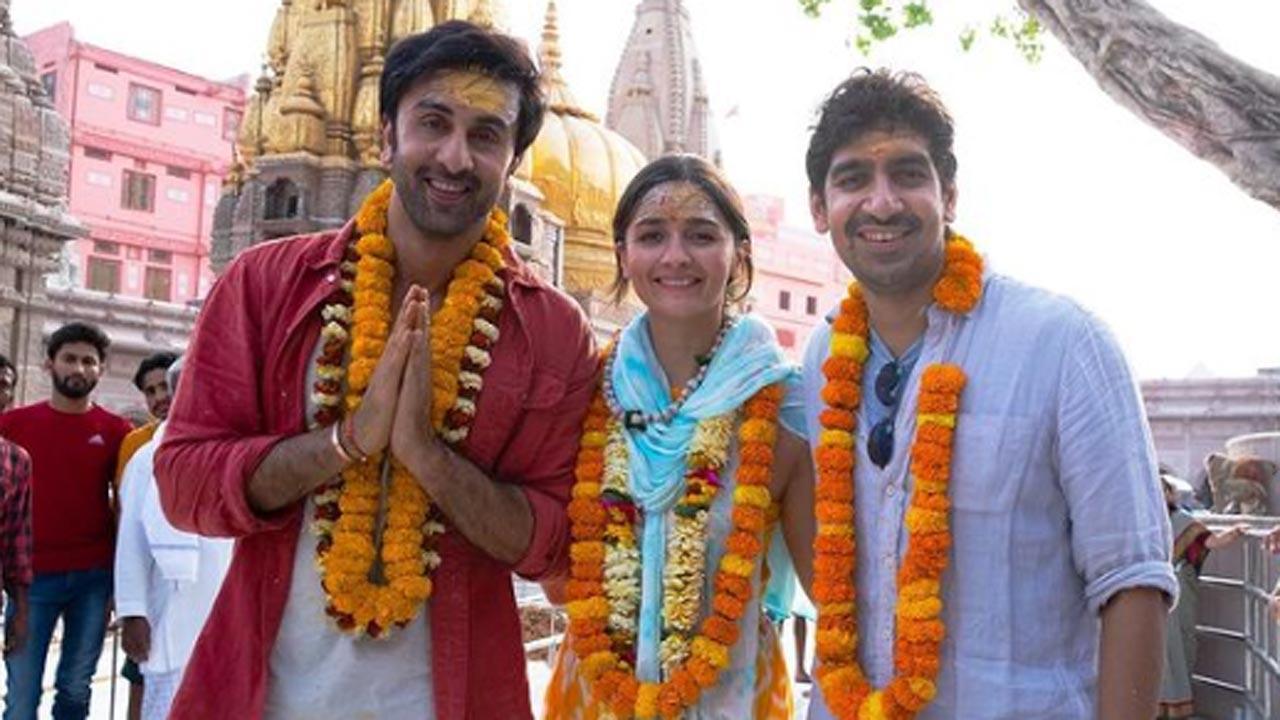 
Bollywood director Ayan Mukerji, on Thursday, unveiled the poster of 'Dance Ka Bhoot', the third song from his sci-fi action film 'Brahmastra: Part One - Shiva'. Taking to Instagram, the 'Wake Up Sid' director shared the poster which he captioned, "DANCE KA BHOOT (Song Teaser out Soon) Our Third Song And... our Biggest in terms of ambition and scale! Delayed twice because of the Pandemic but eventually shot with stubborn patience so we could achieve the Vision we wanted for it!."

In the poster, actor Ranbir Kapoor could be seen standing on a huge drum, with his one hand up in the air, along with the dancers holding red flags in the background.

Talking about the song, Ayan said, "In the movie, our Shiva celebrates Dussehra in DKB (as we call this Song internally), and the Song celebrates Shiva's Spirit at the beginning of his journey in Brahmastra... who at this stage is inspired very much by the Bholenath aspect of Lord Shiva's grand personality - innocent, fun loving, easy to please and celebrating life through... Dance."

'Dance Ka Bhoot' is the third song from the film after their two blockbuster tracks 'Kesariya' and 'Deva Deva'. The official release date of the song is still awaited. Meanwhile, 'Brahmastra: Part One Shiva' is one of the highly anticipated films of the year. After getting delayed multiple times the film is all set to hit the theatres on September 9, 2022. Apart from Ranbir, the film also stars Alia Bhatt, Amitabh Bachchan, Nagarjuna and Mouni Roy in the lead roles.