Esha Deol on Dharmendra: I have his physique

Ahead of Father’s Day, three celebrities reveal how their even-fitter dads influenced them 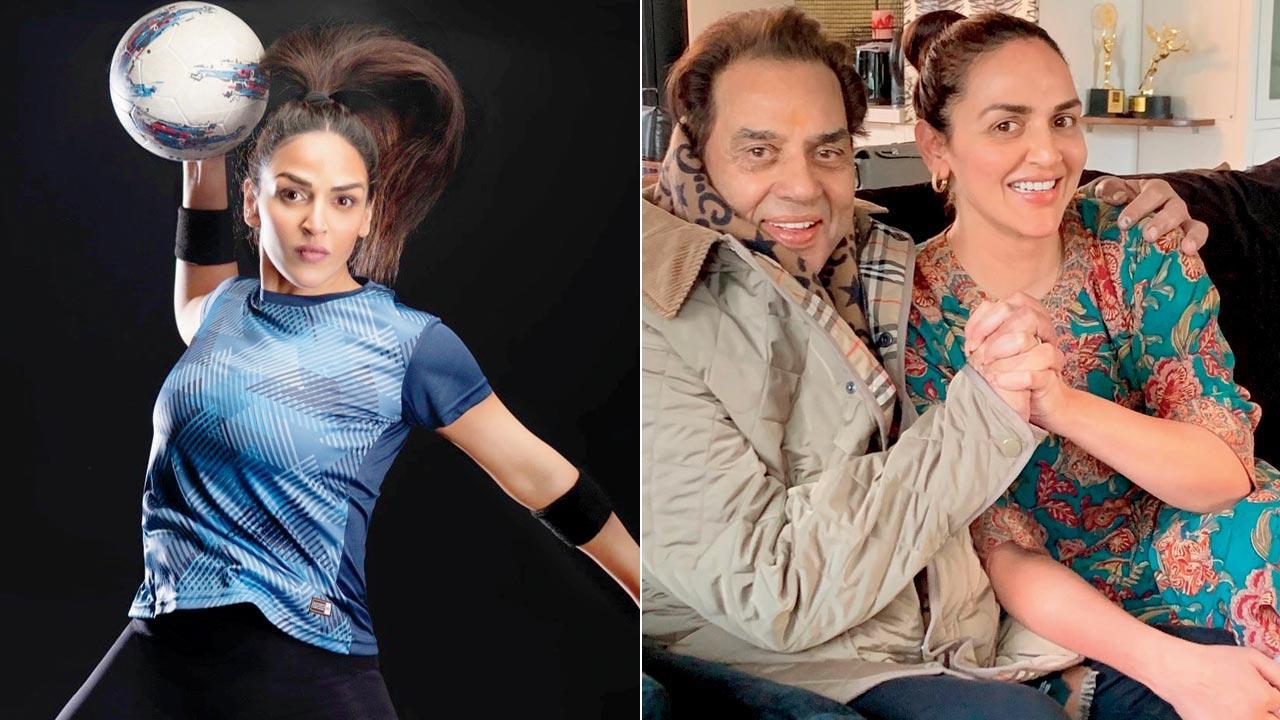 
HE [Dharmendra] motivates not only me but also our entire nation. He is the first He-Man of our industry, and all his roles were rooted in athleticism. I am blessed with an athletic physique, and have certain cuts that women rarely do, due to him. In fact, my physique is exactly like his. When I’d play football on the field, my coaches would address me by my father’s name. I’ve been into fitness from a young age because I was influenced by him and my mom.

He has always been proud of me for participating in sports. When I was young, I would wake up at 5 am and train on the beach in football or handball. I would take his advice on exercising, and on correct eating habits. Watching him play badminton as he did also played a role in influencing me. Fitness forms a part of our discussion, even today.

My dad is so inspiring! Even today, he wakes up at 5 am to practise breathing exercises, yoga, and meditation. He enjoys cycling and walks often. He does a lot to stay mentally, emotionally and physically fit, and always reiterates that all the three factors [are important]. I agree with that, and hence also practise activities like martial arts, kick-boxing, and dance, which [cater to] all the three aspects.

He is the biggest, and best example we are living with. He influences our entire family to not only look, but also feel fit. In fact, I’m out of India with my daughter right now, and I see her shop for exercise gear. At such a young age, she says she wants to be in the gym and exercise. Radhya loves action films like The Karate Kid and Wonder Woman. Both my girls enjoy extracurricular physical activities. They are tough girls who esnjoy boot-camps, and swimming sessions. The tradition continues in our family.

Taught me to be consistent: Adhyayan 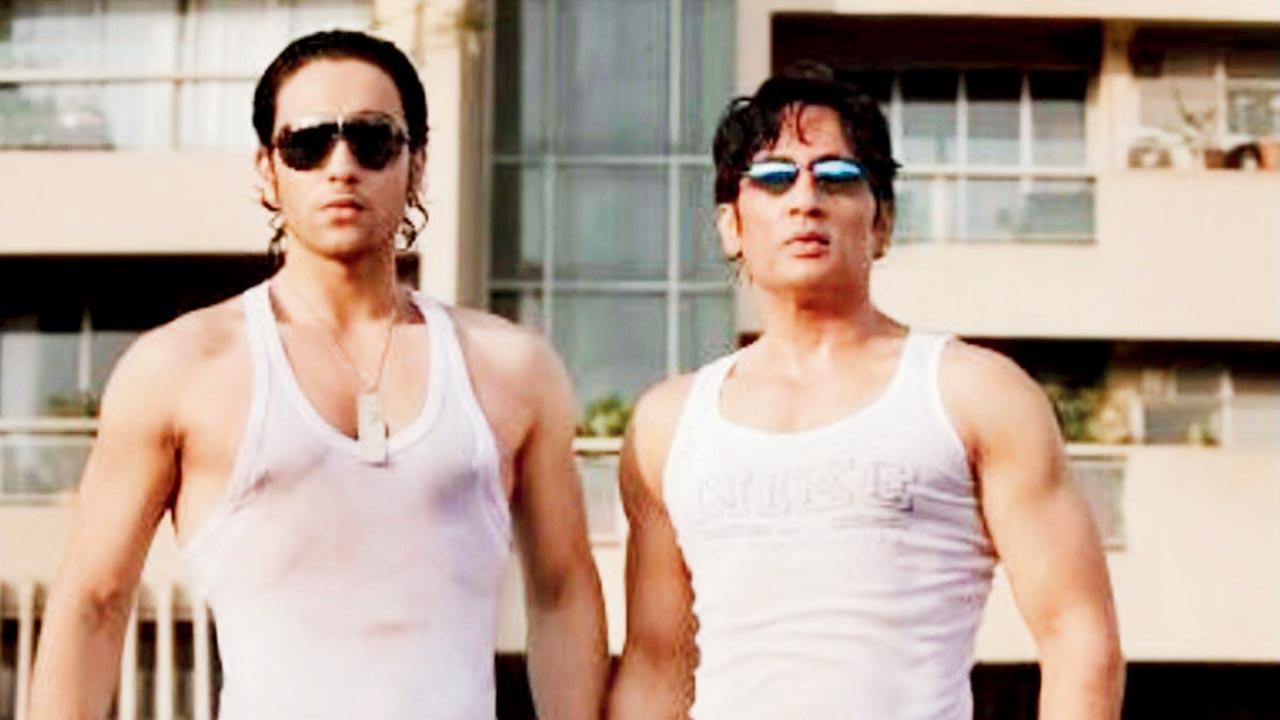 My dad [Shekhar Suman] was always fit, even before his [dramatic] physical transformation in 2009. And while I had lost weight before that, I learnt the value of consistency from him. When he lost weight, nobody expected him to do something like that, especially at that age. People thought he had taken steroids, or gone under the knife. But he hadn’t. That he never gave up on his journey is amazing. I feel proud to be the son of someone who is fit and concerned about his health.

He taught me that consistency is key. No matter how busy he was, he would be found in the gym, when it was time, even if he wasn’t feeling up to it. His focus would never waver, and that’s something I learnt from him.

I admit that I did resort to consuming steroids for a film in 2013. There were pressures from the industry, and my trainers, so I took them. It harmed me, and I said I’d never take the easy way to build my body again. That’s something I discuss with him. My dad feels I exert myself way too much. There would be days when I would wake up and practice spinning for 40 minutes, then lift weights, play tennis, swim and do martial arts. He’d warn me stating that my body would stop responding if I didn’t [revisit] my routine.

I wanted arms as big as his: Karan Deol 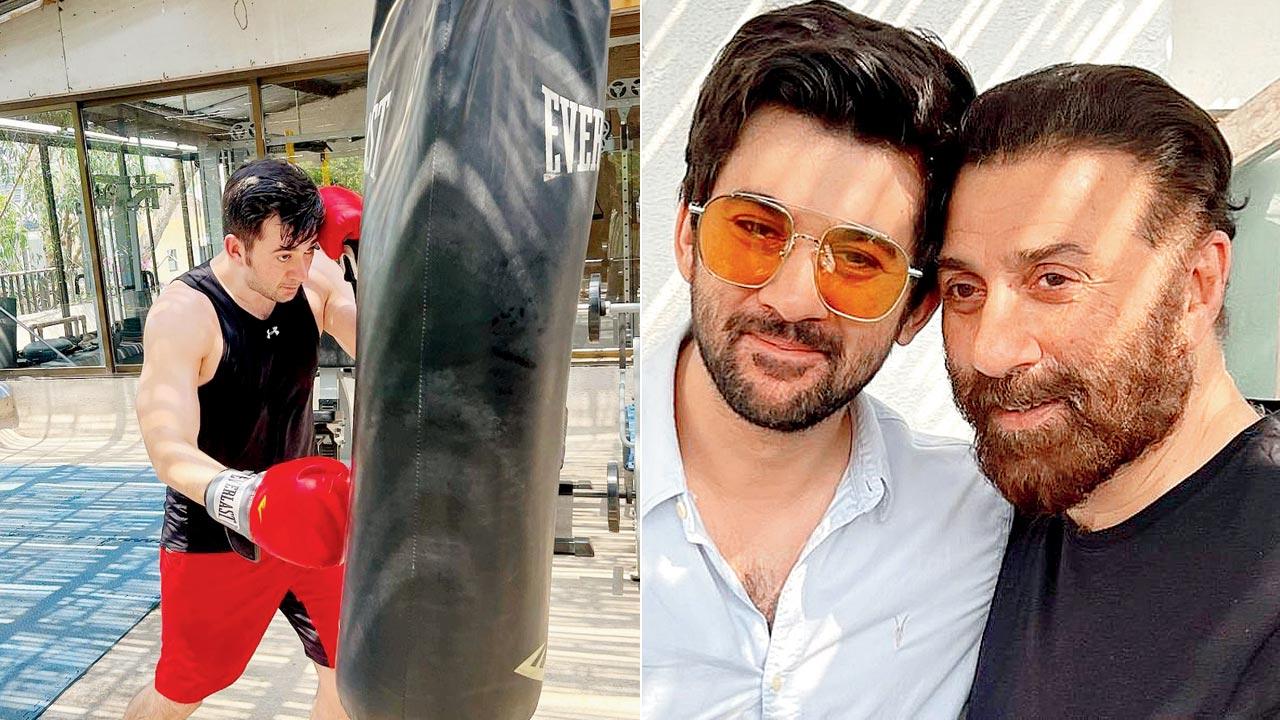 My dad’s [Sunny Deol] training regimen was always very intense. He would wake up at 5.30 am and exercise. Often, he would try to wake me up to accompany him. If he had a long day of shooting, he’d come home and train before hitting the bed. He had a real love for sports and would play badminton. From an early age, I was inspired by him, because he did activities that made him feel good, not just look good. He did it because it helped the body stay active, and the mind, sharp. For a bit, I tried to [wake up] and learn karate, but the process would leave me exhausted in school, so I could only sustain it for a while. However, I took to sports in school.

When I was younger, I would tell him that I wanted to lift weights which were as heavy as he did. I wanted arms as big as his. I’d look at his physique and be motivated. I would arm wrestle with him, and while of course I didn’t stand a chance to win, he’d let me win anyway.
When I turned 18, I wanted to hit the gym, and took to CrossFit. I trained with him for a while before appointing a trainer. Today, if I don’t wake up in the morning and exercise for three hours, I feel like my day won’t be good. I do one hour of cardio on the cross-trainer, and skip. I follow it up with one hour of weight-training, and finally boxing. I’m learning boxing for Apne 2 because my character is a boxer. In the process, I started to enjoy boxing and find the drills exciting.

I’ve not been seen [in this physique], so this film will showcase my physical and mental transformation to look like a heavy-weight boxer. The one thing that I’ve learnt is that you can’t wake up saying you’re feeling tired. Your mind will try to persuade you to take a break, but each day that you don’t listen to it and head for the training is a day of growth.

Next Story : Have you heard? When Deepika Padukone was rushed to the hospital