Taking to her Instagram stories , Janhvi Kapoor shared glimpses with the fans on how she gets ready for her shoots 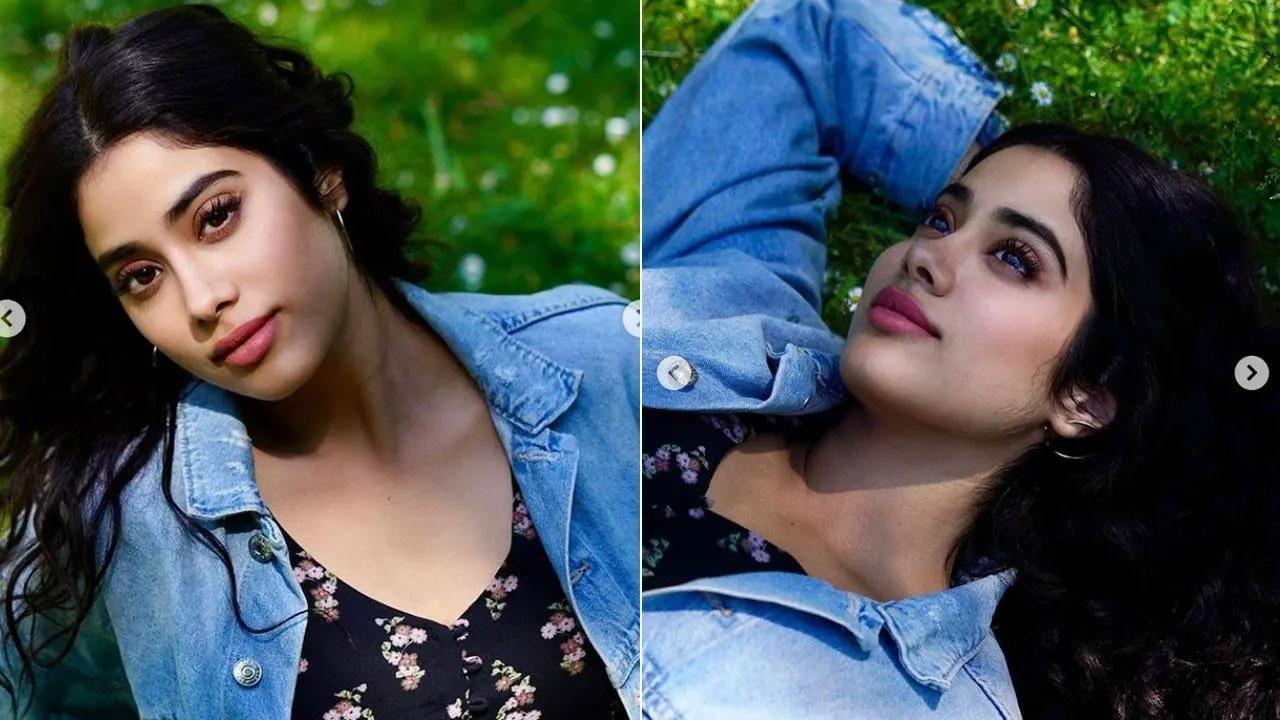 She also dropped a string of stories on how she got the perfect 'Kapoor jawline.' In the video, Janhvi can be seen donning a white sweatshirt and getting ready with the help of her team. Janhvi in the video was seen giving step by step makeup tutorial. She was also heard saying in one of the clips, "We start contouring because I had too many ice creams yesterday so this is how we cut my double chin. Now I have a sharp jawline, the Kapoor jawline, like Anil Kapoor, my chachu." She also imitated Anil's style.

True to her caption, the clips are full of Entertainment, Entertainment and Entertainment only. In the last clip, posing for a selfie. She wrote, "GOOD LUCK NAHI BOLENGE SHOOT KE LIYE? #GOODLUCKJERRY." Presented by Subaskaran and Aanand L Rai, 'Good Luck Jerry' is a Colour Yellow Production with LYCA Productions in association with Sundial Entertainment, directed by Sidharth Sengupta and written by Pankaj Matta. The film has been shot in Punjab.

The movie stars Janhvi in the lead. She will be joined by performers like Deepak Dobriyal, Meeta Vashishth, Neeraj Sood and Sushant Singh in pivotal roles. It marks Janhvi Kapoor's first collaboration with Colour Yellow Productions.

Meanwhile, on the work front, Janhvi was last seen in 'Gunjan Saxena: The Kargil Girl,' where she essayed the role of an Indian Air Force Pilot. She received a lot of critical acclaim for her performance. Currently Janhvi is shooting for 'Bawaal', which is helmed by Nitesh Tiwari and produced by Sajid Nadiadwala. The drama film is scheduled to hit the big screens on April 7, 2023. It will be the first collaboration between Janhvi and Varun. Janhvi is also working for 'Mr and Mrs Mahi' movie.