Have you heard? A showbiz dramedy for Aryan Khan's debut venture

For his directorial debut, Aryan Khan is said to be developing a web series that will offer a satirical take on Bollywood 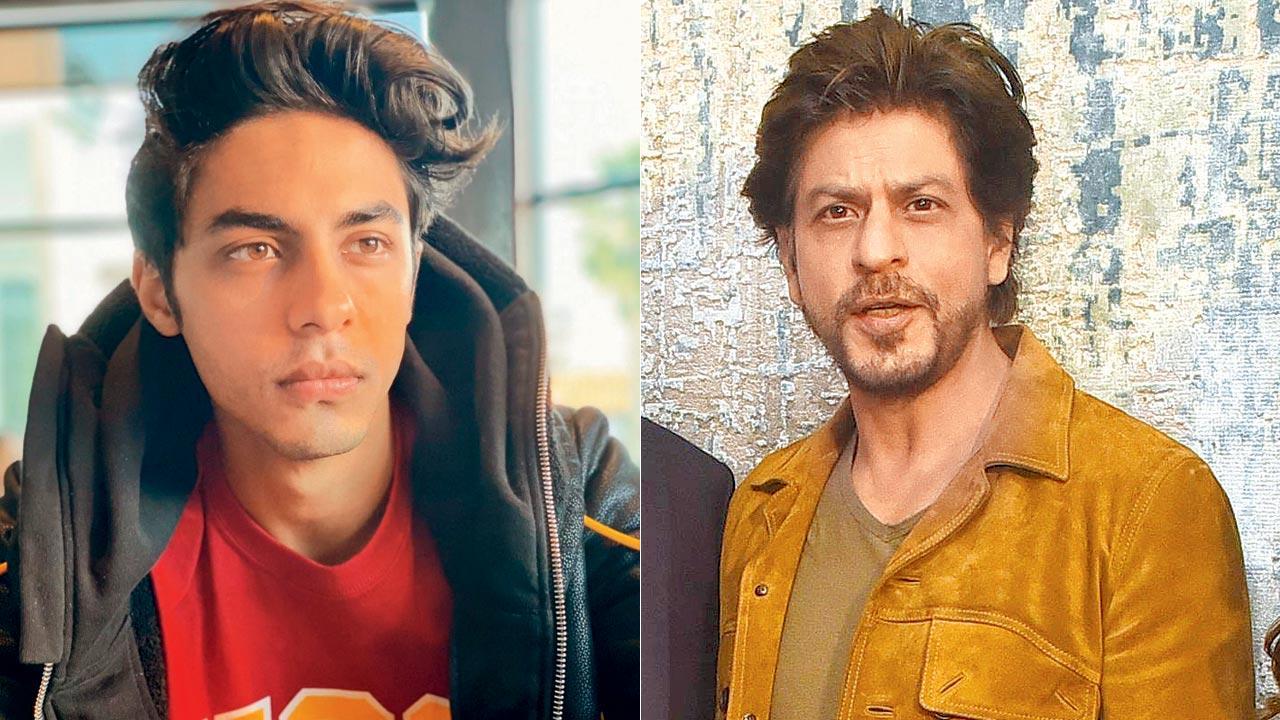 
It looks like 2023 will mark a year of new beginnings for Shah Rukh Khan. Besides having three big releases in the coming year, the actor will have daughter Suhana and son Aryan follow in his footsteps into showbiz. While Suhana has already begun shooting for her debut, The Archies under the direction of Zoya Akhtar, Aryan is said to be developing a web series with the writers at Red Chillies Entertainment for his debut venture. Unlike his sister, he is keen on a career behind the camera, having graduated in Fine Arts, Cinematic Arts, Film and Television production from the School of Cinematic Arts, University of Southern California. Sources claim that the comedy drama will offer a satirical take on Bollywood, narrated by an upcoming actor and his friends. Being a son of one of the biggest superstars of the country, Aryan is familiar with the entertainment industry and is apparently adopting a tongue-in-cheek look at the highs and lows of stardom in his fiction show. The team plans to lock the script, which will be inspired by the lifestyle of actors and how they strive to balance their myriad relationships with their artistic fulfillment, by the year-end. They intend to close a deal with a streaming major and take it on floors by mid-2023.

On a criminal trail next 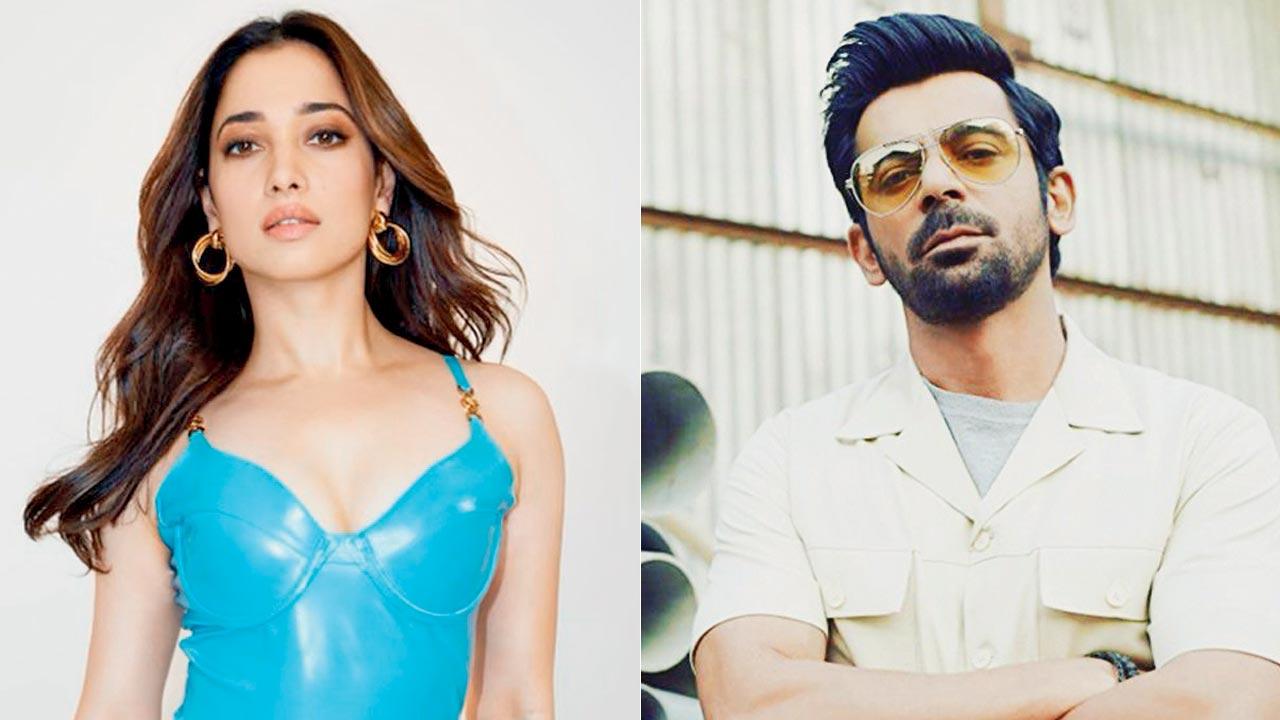 Tamannaah Bhatia, who recently wrapped up the shoot of Babli Bouncer with director Madhur Bhandarkar, seems to be in the mood for tougher roles. This time around, she is venturing into the crime drama thriller space. The actor has been signed on to play a tough-as-nails cop in the heroine-centric web series produced by Neeti and Preeti Simoes. Sunil Grover has been roped in to essay the antagonist in the narrative that is set in Delhi. While the details of his character are being kept under wraps, shooting for the yet-untitled show has already begun in the capital. 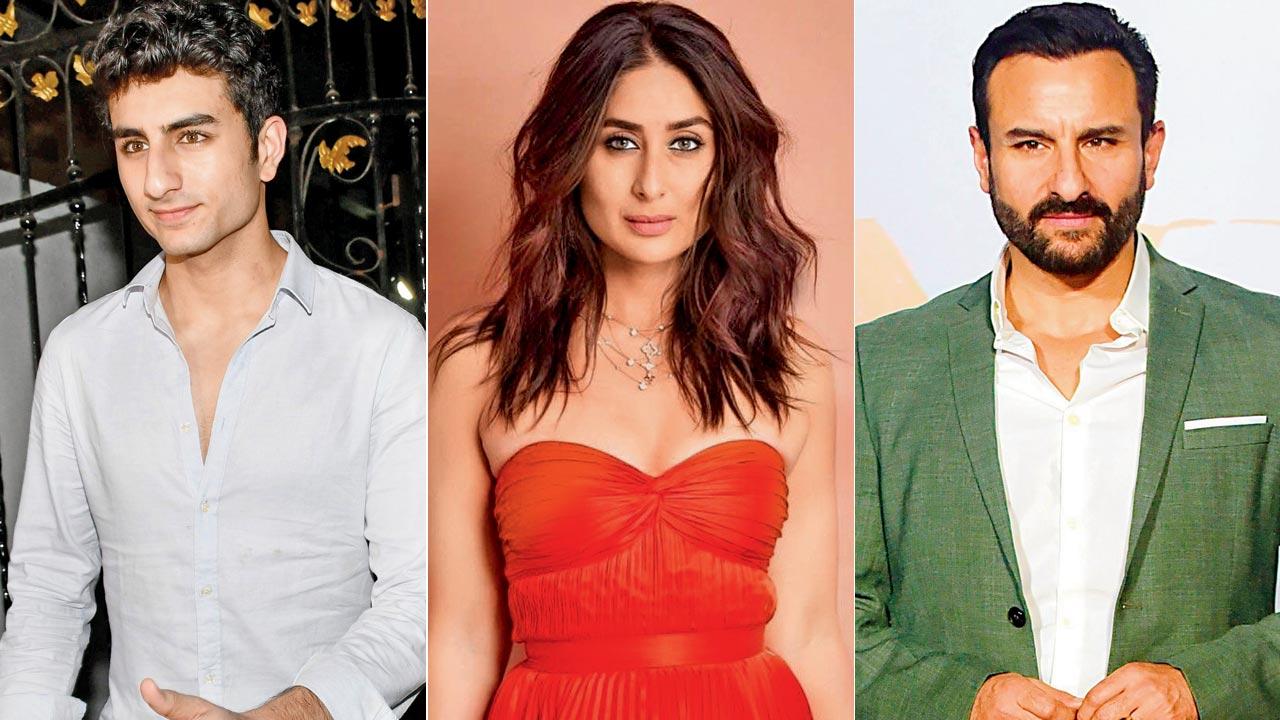 Kareena Kapoor Khan has never shied away from stating that she shares a great equation with Saif Ali Khan’s children from his first marriage with Amrita Singh. Recently on Koffee with Karan, she spoke about how Sara Ali Khan was a fan of her character Poo from Kabhi Khushi Kabhie Gham (2001) and how Ibrahim Ali Khan took Karan Johar’s phone to chat with her. During a promotional interview for Laal Singh Chaddha, Bebo was asked if Ibrahim would play Saif if a biopic were to be made on him. Conceding she had no idea who would make his biopic and when, she reportedly said, “Ibrahim is a lot like his father. Everyone feels that he is his carbon copy. He has that look and his eyes.”

On a journey of discoveries 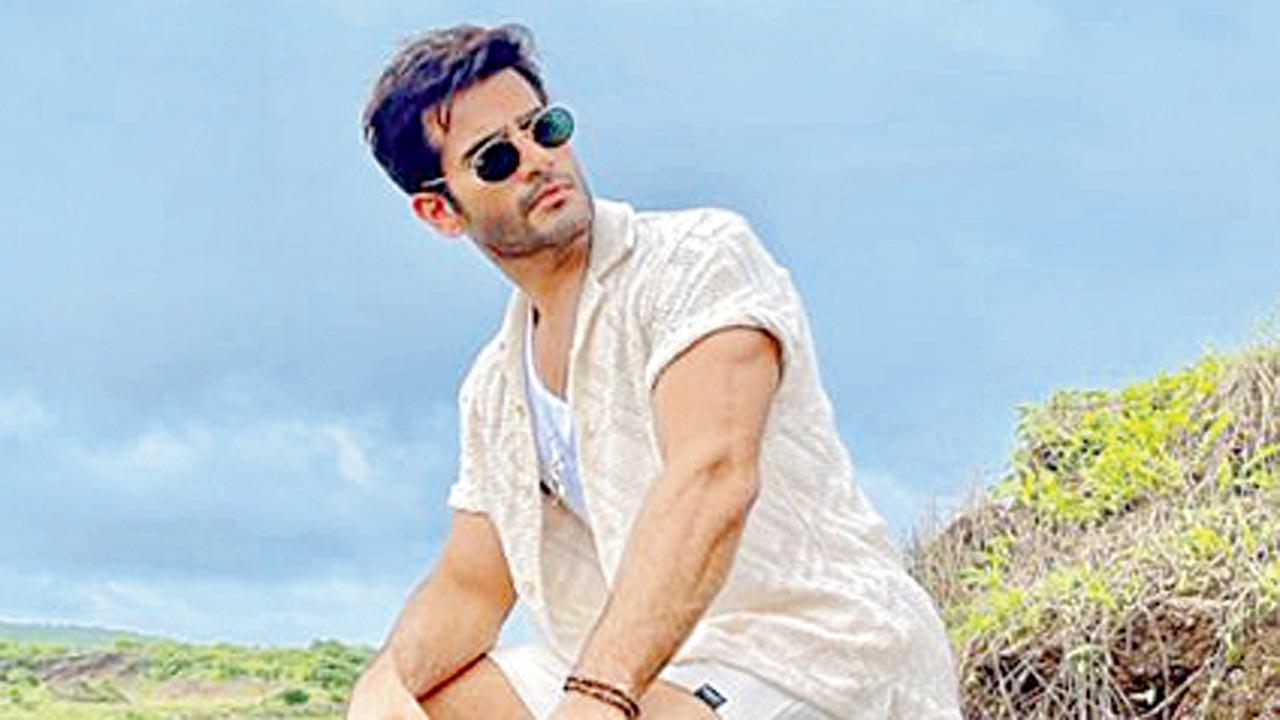 Karan Tacker is excited about hosting a new luxury lifestyle show that sees him travel across India by road. As he gears up for the journey, he enthuses, “Travel invigorates your mind and broadens your horizons to a world undiscovered. In travel, one finds ways to get inspired to change the norm.” 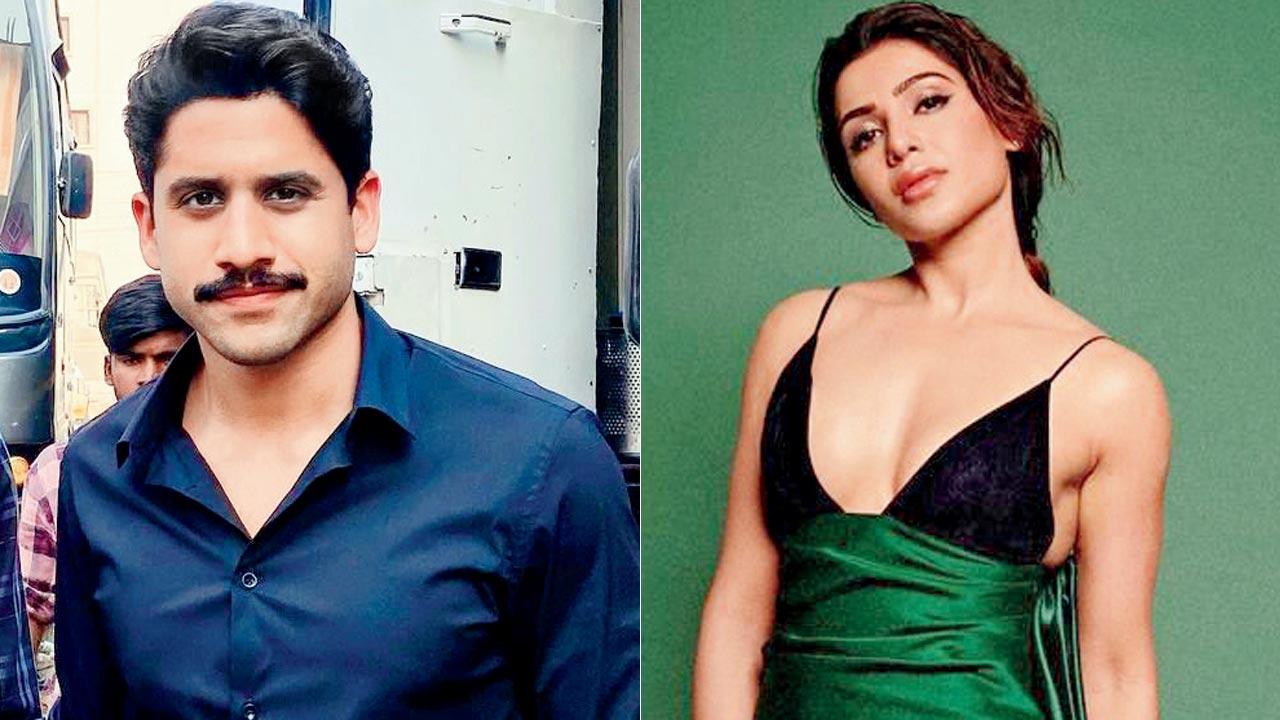 It is common for fans to copy their favourite actor’s tattoos. However, Naga Chaitanya doesn’t want followers to copy his forearm tattoo. Reason being that it is actually a Morse code for the date he and Samantha tied the knot — October 6, 2017. When asked if he was planning to change the design now that they have parted ways, Chaitanya replied that he hasn’t thought about it. When further probed about what he’d do if he bumped into her, he reportedly replied, “Say hi, give her a hug.” And to think that on Koffee with Karan, Sam said that sharp objects had to be hidden away before she was put in a room with her ex-husband. 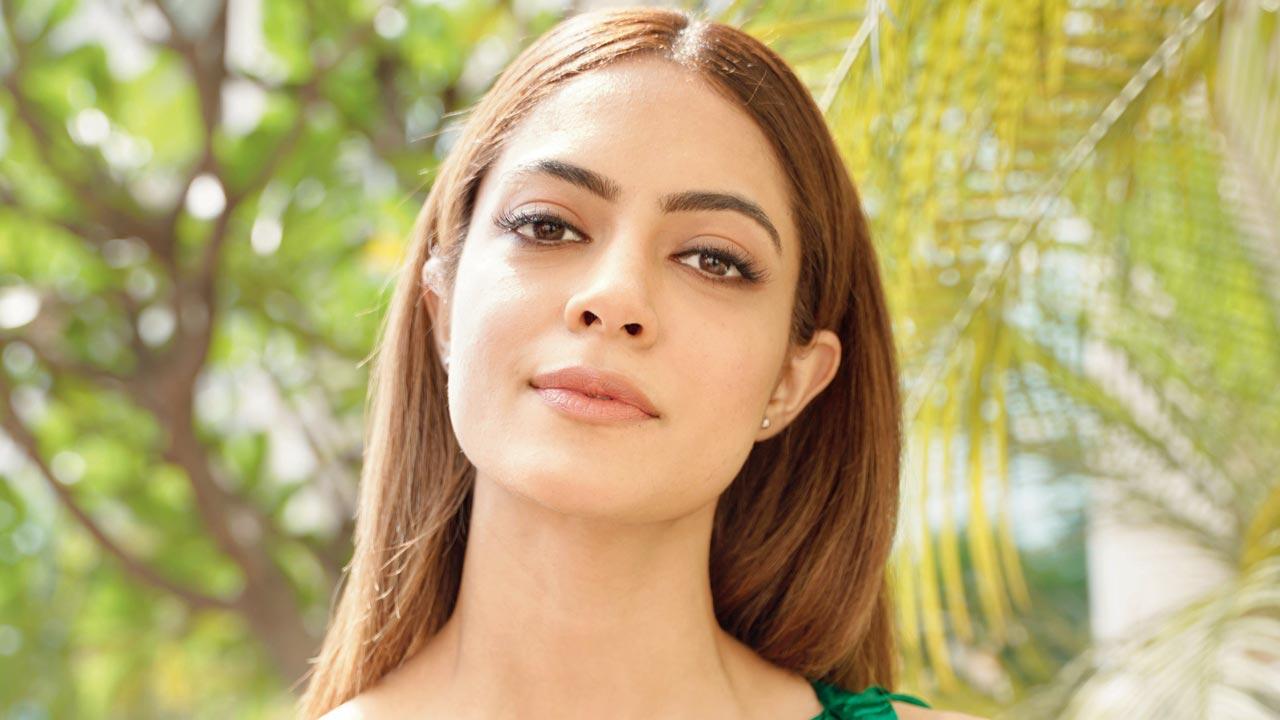 Anya Singh is excited about bagging Kho Gaye Hum Kahaan. The story of friendship in the digital age is a special project for the actor, who shares screen space with Ananya Panday, Siddhant Chaturvedi and Adarsh Gourav. “To be a part of a film written by Zoya Akhtar and Reema Kagti, whose work I have always admired, is a dream come true,” exclaims Anya. She adds, “This has definitely been the most challenging role I’ve played and I cannot thank my director Arjun Varain Singh enough for choosing me for this part.” 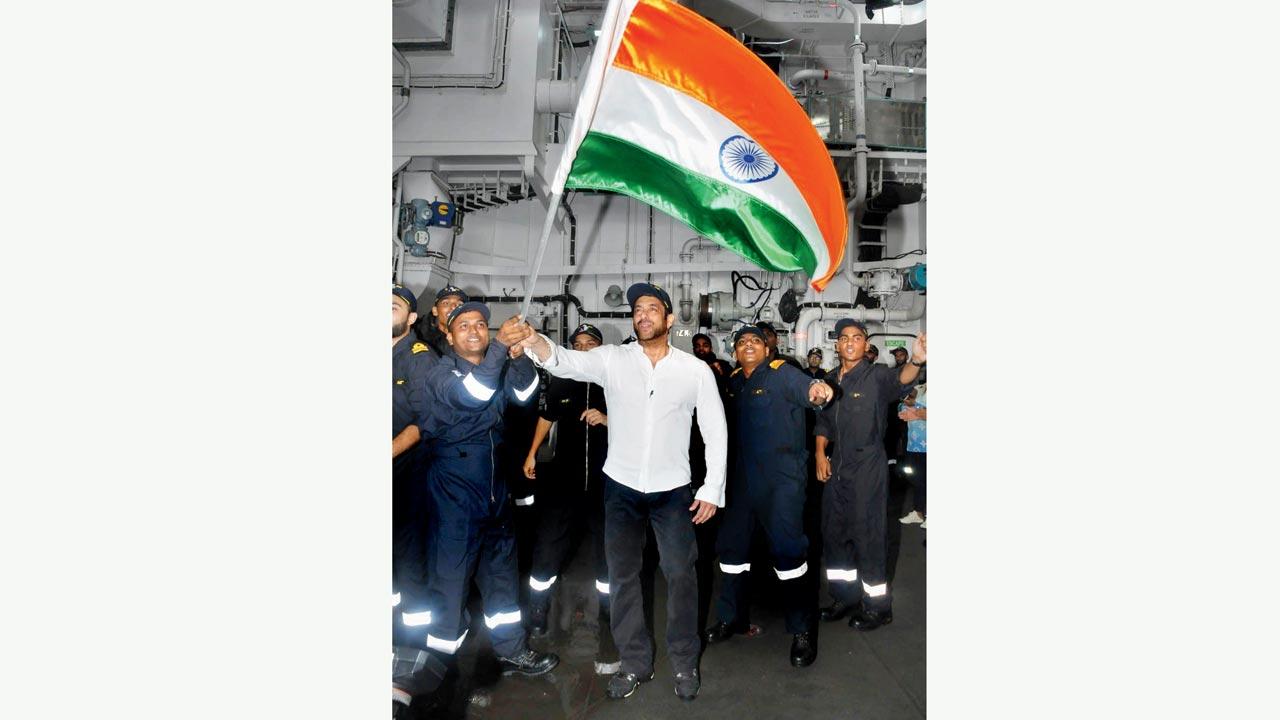 Salman Khan, who is currently working on his next, tentatively titled Bhaijaan, took a shooting break on Wednesday. He opted to spend the day with the sailors of the Indian Navy aboard INS Vishakhapatnam. While he was excited to be shown around the state-of-the-art destroyer, the sailors were pleased to have the actor in their midst. “Salman keenly heard about their lives and how they spent their days on board,” says a source. The actor was happy to join them in various activities. From cooking on the ship and enjoying a meal with them and hoisting the tricolour, it was a day full of fun, laughter and patriotism for the Bharat actor. Our source adds, “Salman was amazed and awed by the patriotism and courage of the Indian armed forces.”

Also Read: Have you heard? A special song to end the film 'Selfiee'