Have you heard? In the family way?

Though there’s no official word from the couple, sources say they are excited and eagerly looking forward to parenthood 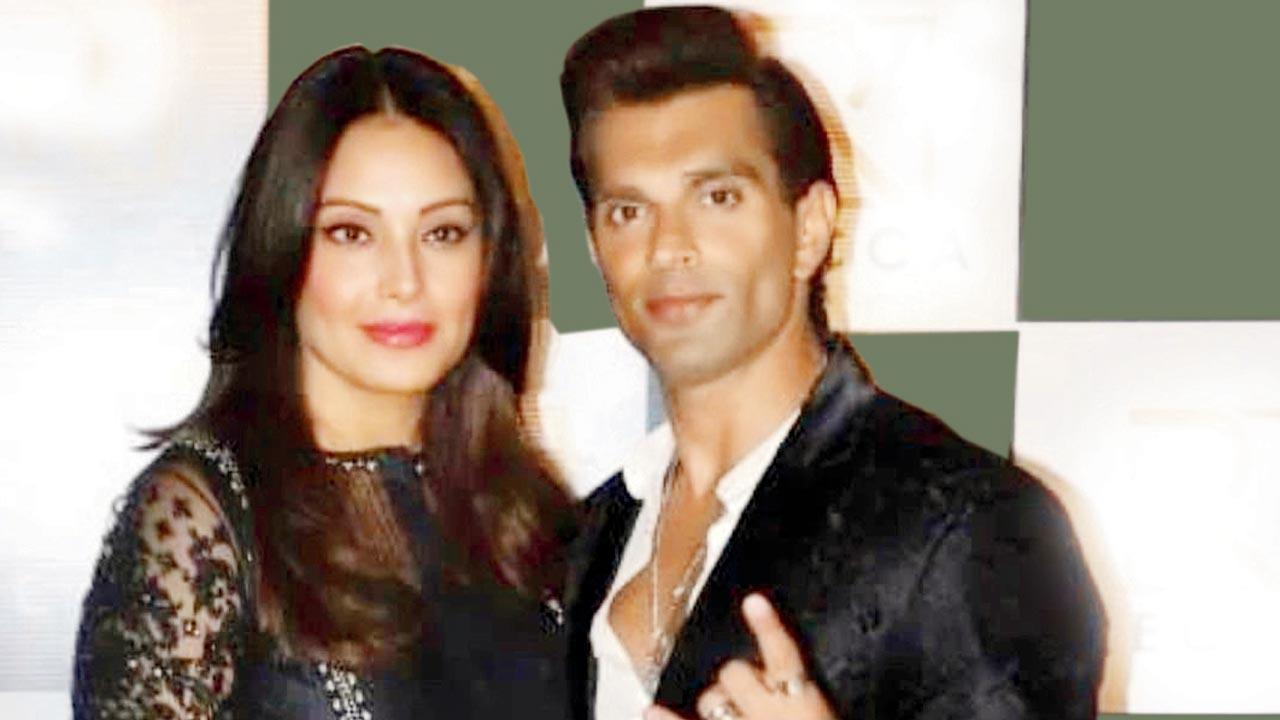 
It looks like 2022 will mark the arrival of the next generation of star kids. Arrival into the world, we mean. Rumours are rife that Bipasha Basu Singh Grover and Karan Singh Grover are expecting their first child. The duo met while shooting for Bhushan Patel’s horror thriller, Alone (2015) and tied the knot a year later. On April 30, Bips and Karan celebrated their sixth wedding anniversary and marked the special day on social media with lovey-dovey posts for each other. Though there’s no official word from the couple, sources say they are excited and eagerly looking forward to parenthood. While the duo is biding their time to share the good news, keep watching this space for regular updates.

Also Read: Have you heard? A special new role for Hrithik Roshan in Brahmastra Part 2? 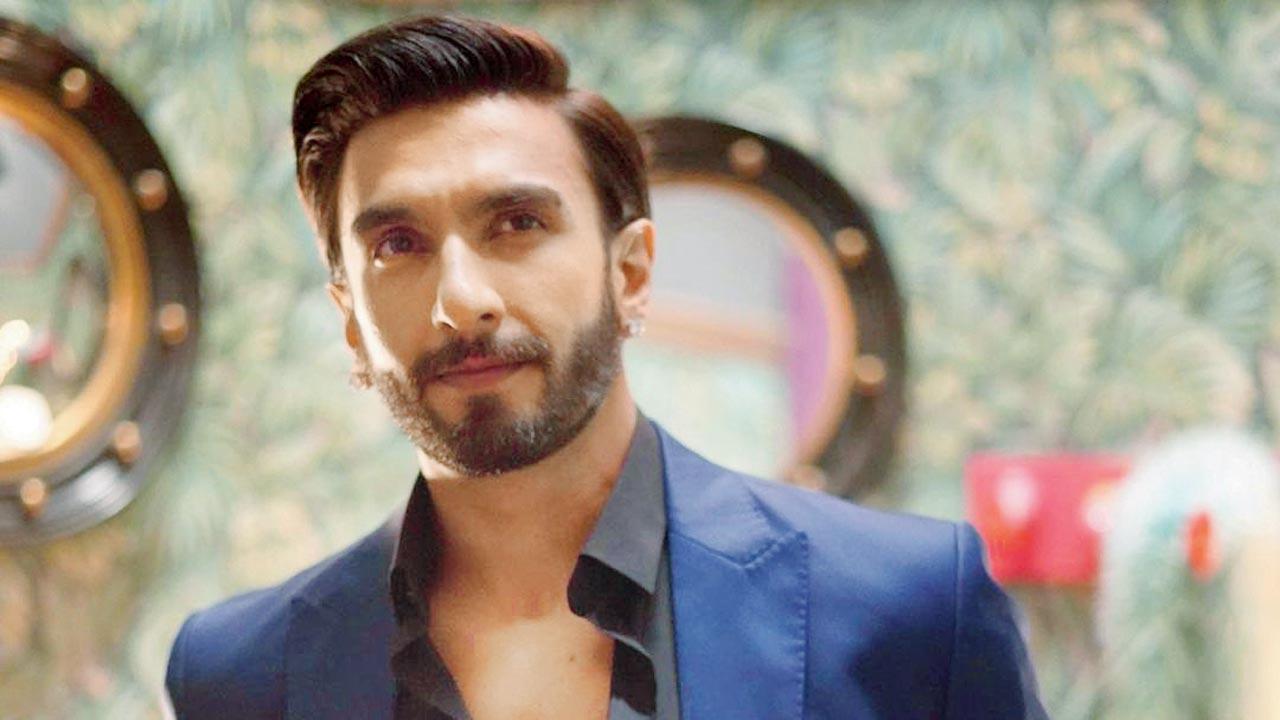 Even as Ranveer Singh is caught in a controversy over his nude photo-shoot, there’s some interesting development in his professional life. He has reportedly been approached for a mega-budget adventure miniseries. Moreover, this big budget actioner will also feature an A-list Hollywood star along with the Jayeshbhai Jordaar actor. However, the producers are looking to take the international project on floors soon. Having wrapped up the talkie portion of Karan Johar’s Rocky Aur Rani Ki Prem Kahani, Ranveer is currently in the midst of completing Rohit Shetty’s Cirkus. Later, apart from S Shankar’s Hindi remake of the director’s 2005 hit, Anniyan, the actor is committed to a couple of more films, which will be announced soon. Last heard, his team is trying to work around his schedule to accommodate the international action adventure. After all, such Hollywood projects aren’t happening every day. 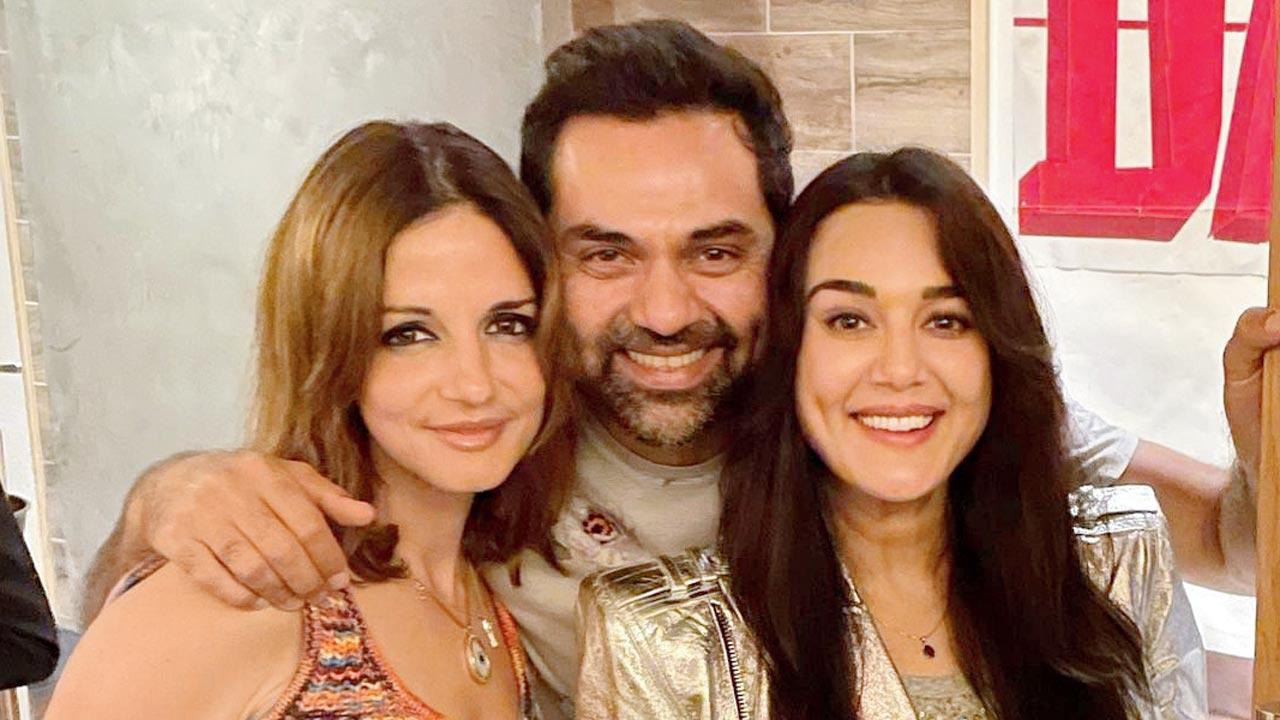 Going by the bond Preity Zinta and Sussanne Khan share, one can see that they are meant to be friends forever. Marking 30 years of their dosti, the actor shared a picture of them online, saying, “There are friends in life and there are friends for life. Never a dull moment with you my darling. Three decades and counting,” wrote Preity.  Sussanne replied, “I loveeee u beyond my words… My darling Preeeee. We have the best laugh out louds together. It’s always better when we are together (sic).” Not surprisingly, the celebrity designer, who is in the US, went partying with the actor. Interestingly, they were joined by Abhay Deol, who also happens to be there currently. Posting a picture from their night out, PZ wrote, “What a fun evening reminiscing about the past, laughing in the present and hoping for all things wonderful in the future.” Three cheers to that!

Sunny to fight Nawaz next 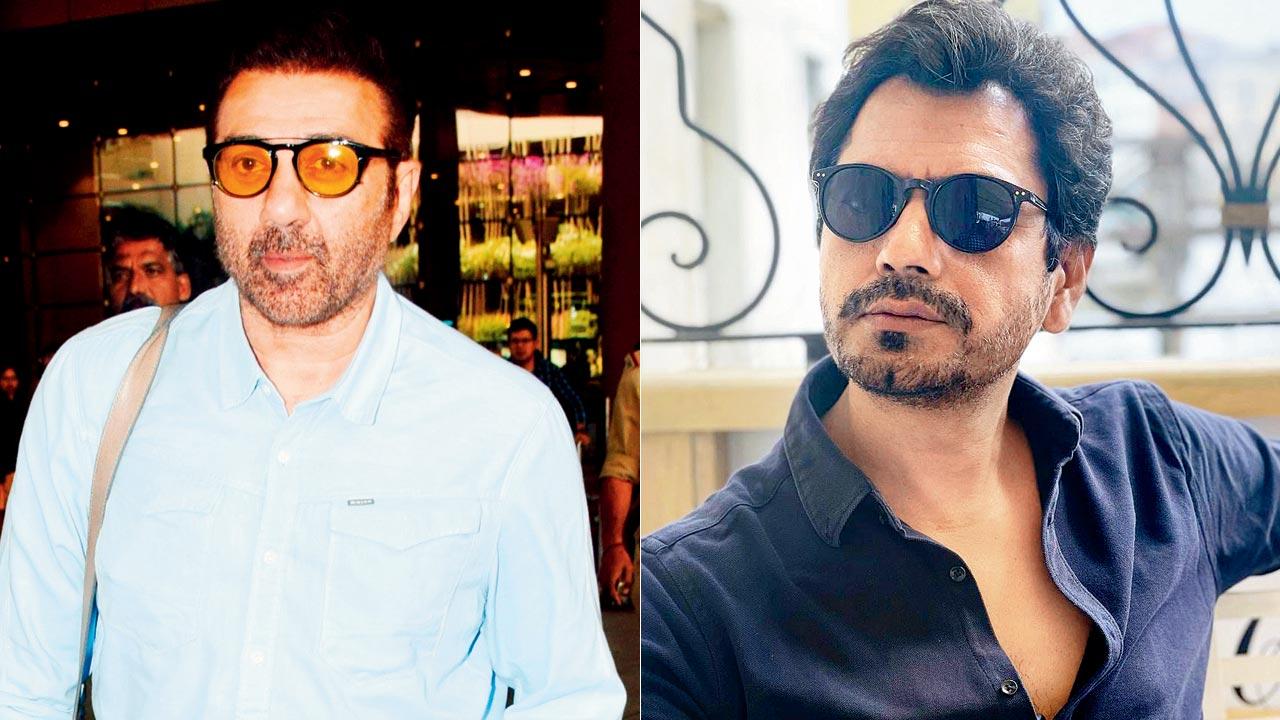 Currently in the US for the treatment of his back injury, Sunny Deol has a packed line-up ahead. Apart from sequels to Gadar and Apne with director Anil Sharma, the actor also has Ahmed Khan’s Baap, and the tentatively-titled The Blind Case. Interestingly, Hanu Raghavpudi’s directorial venture has him play a visually-challenged army officer who helps four youngster fight off an evil force. Announced in early 2020, the film, which had been put on hold due to the pandemic, is back on track. Reportedly, Nawazuddin Siddiqui has been roped in to play the baddie for the action thriller that is slated to go on floors by early next year. 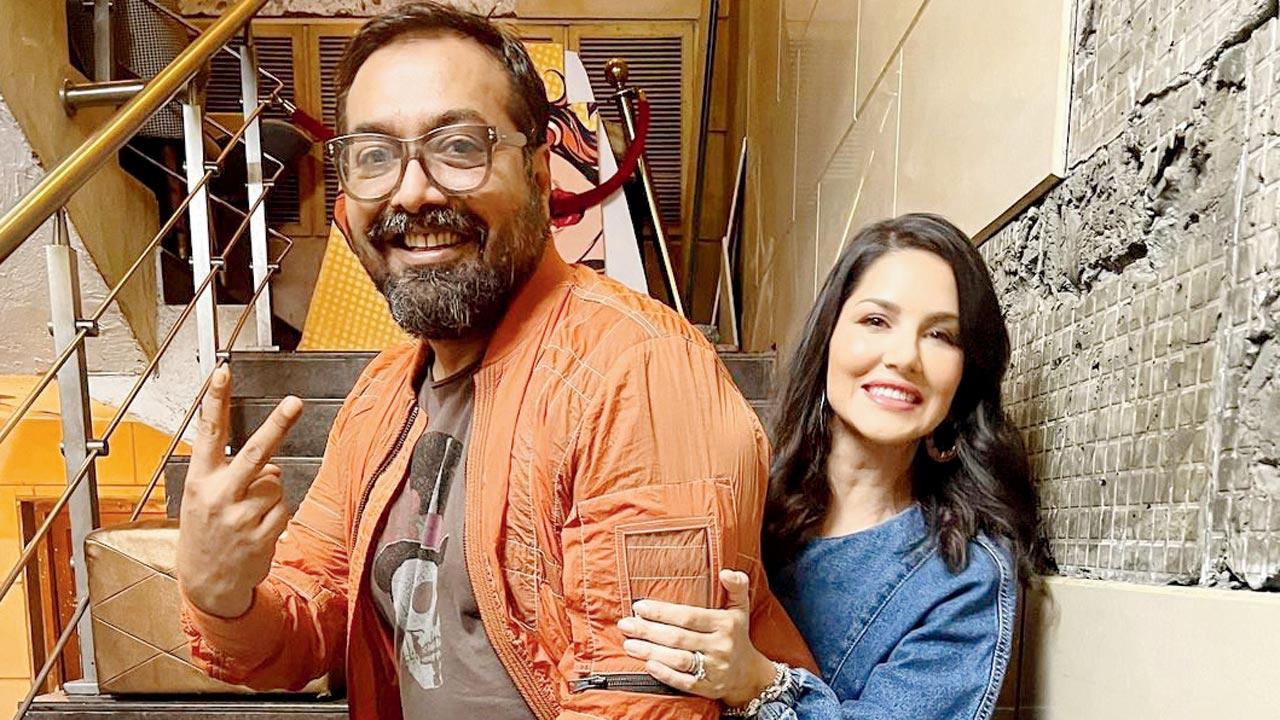 It appears as if Sunny Leone will finally get the coveted status of being taken seriously as an actor. She has completed shooting a film with director Anurag Kashyap. Conceding that she had never thought that someone like Anurag would take a chance on her, Sunny shared that after so many years of being in Bollywood, she got a call asking if she would audition for the filmmaker’s yet-untitled film. Alongside pictures with him, she wrote, “There are moments in life where everything changes. This is my moment in my head and heart. No matter how things turn out, you took a chance on me Anurag sir and I will never forget that in my life (sic).” He shared the same images, saying, “You were amazing and it was incredible working with you.” 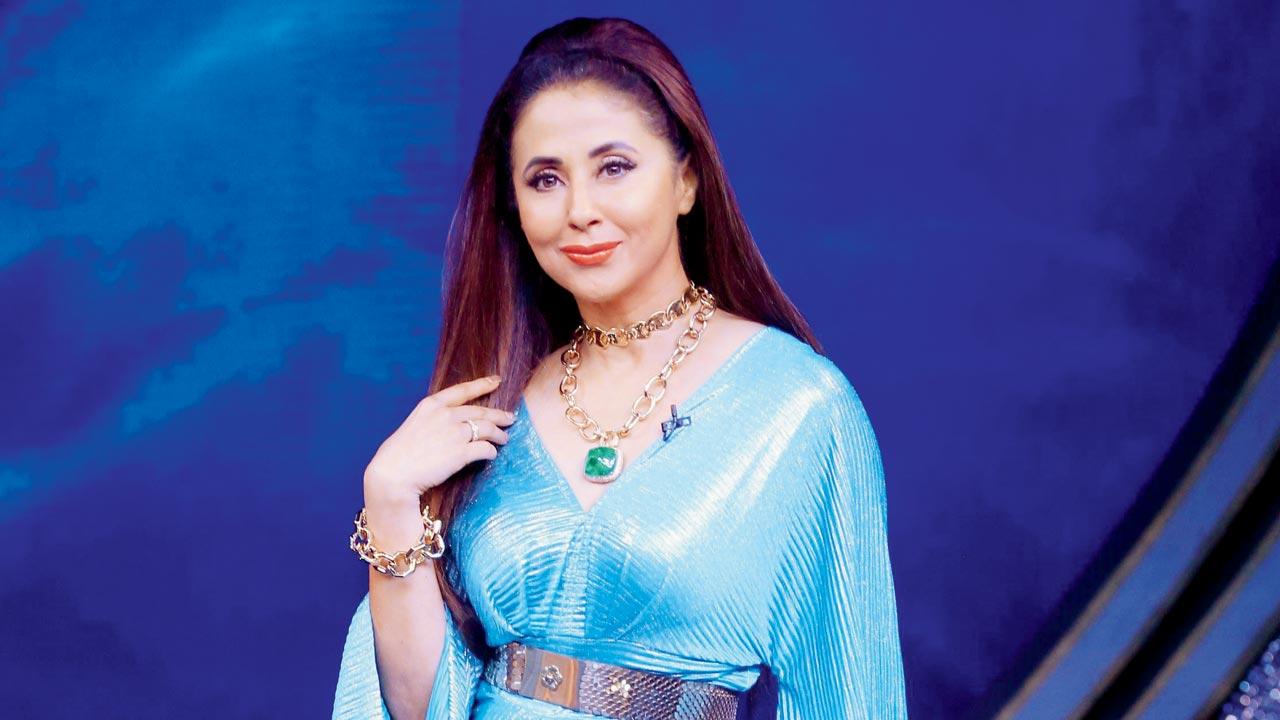 Urmila Matondkar recently got teary-eyed while shooting an upcoming episode of DID Super Moms, which she is judging with Bhagyashree Dassani and Remo D’Souza. The actor was overwhelmed by Sadhika Khan Shaikh and choreographer Vivek’s performance to the title song of Pyaar Tune Kya Kiya (2001). Taking a minute to overcome the rollercoaster of emotions, Urmila recalled missing the special screening of the romantic thriller co-starring Fardeen Khan. She said, “I was shooting somewhere else, but I got a call from the late Feroz Khan saab that night and he said, ‘You made me cry girl and I don’t like crying.’ This performance reminded me of that moment, so thank you very much.” 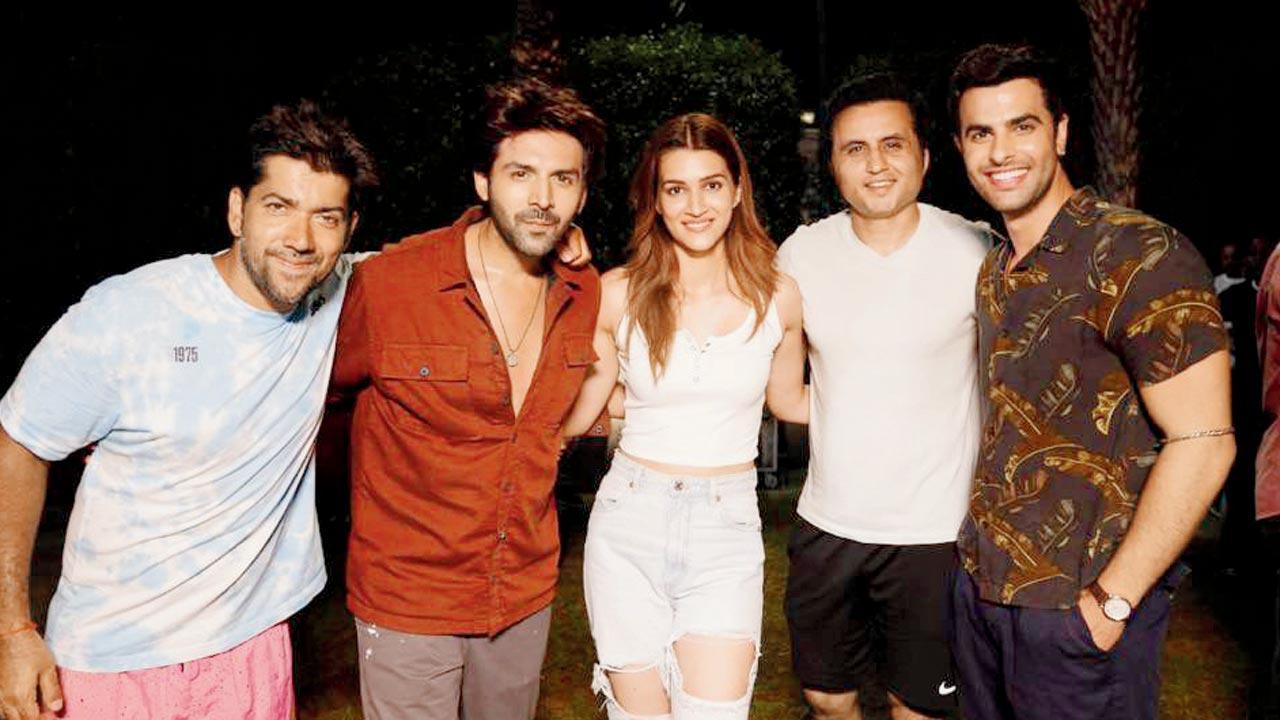 It was a working birthday for Kriti Sanon, who turned a year older on Thursday. The Shehzada team ensured it was no less special for the actor as they celebrated her 32nd saalgirah on location in Haryana. Co-actors Kartik Aaryan and Ankur Rathee, director Rohit Dhawan and producer Aman Gill cheered for Kriti as she cut the cake on the set. Ankur wished her saying, “May you receive everything your heart desires, birthday girl.” Coincidentally, the day also marked the last day of the shoot. After the wrap, the team had another round of celebrations as they grooved to the title of Desi Boyz (2011), which also marked Rohit’s directorial debut. Kartik doubled up as the DoP as he shot the selfie video of the team dancing and celebrating the wrap-up.