Have you heard? Who will play KTina?

Ekta Kapoor has revived the film KTina, and is also keen take it on the floors soon. However, Disha won’t be a part of the film anymore. Buzz is that Ananya Panday and Nushrratt Bharuccha have been approached 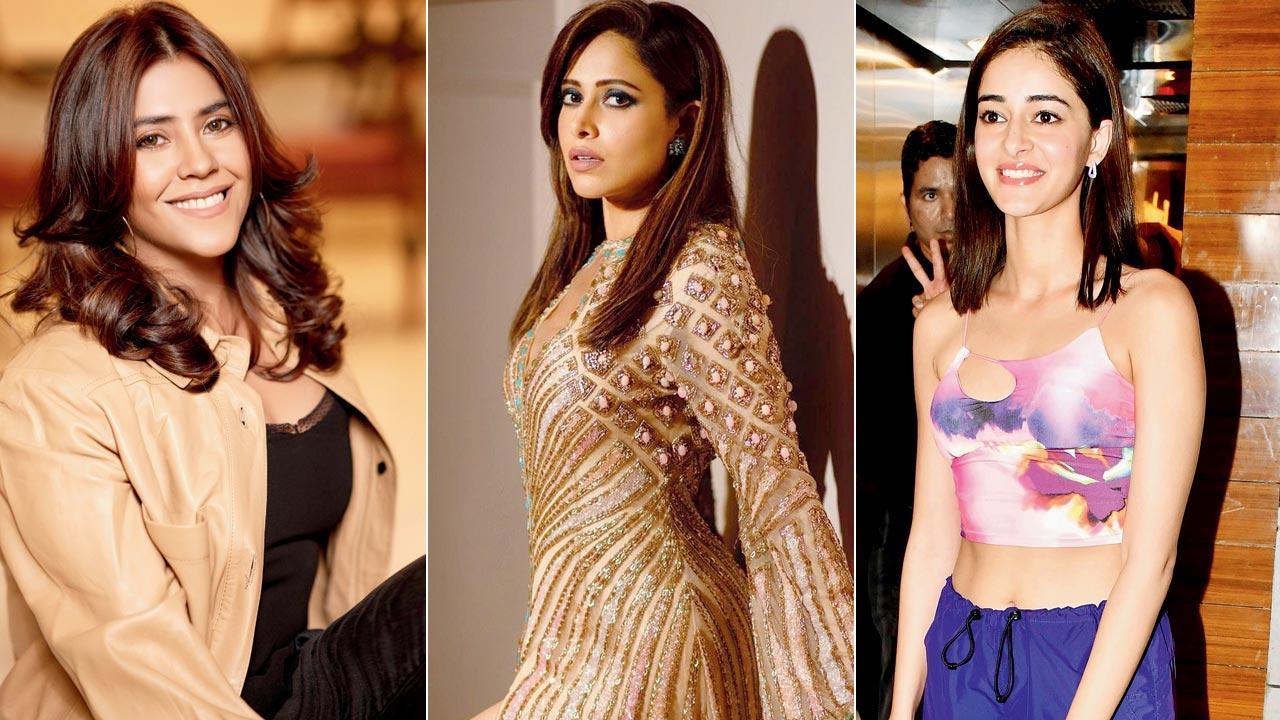 
Remember KTina, which Ekta Kapoor had announced three years ago with Disha Patani in the lead? With no developments happening and a halt in production due to the pandemic, Raaj Shaandilyaa’s directorial venture had been put in cold storage. But now, the producer has revived it, and is also keen take it on the floors soon. However, Disha won’t be a part of the film anymore. Buzz is that Ananya Panday and Nushrratt Bharuccha have been approached. Coincidentally, both actors share a friendly rapport with Raaj. While Nushrratt worked with him on 'Dream Girl' (2019), Ananya has been cast in the sequel that is currently underway. Who will be finalised to play the superstitious Punjabi kudi, depends on their dates, fee and other logistics. 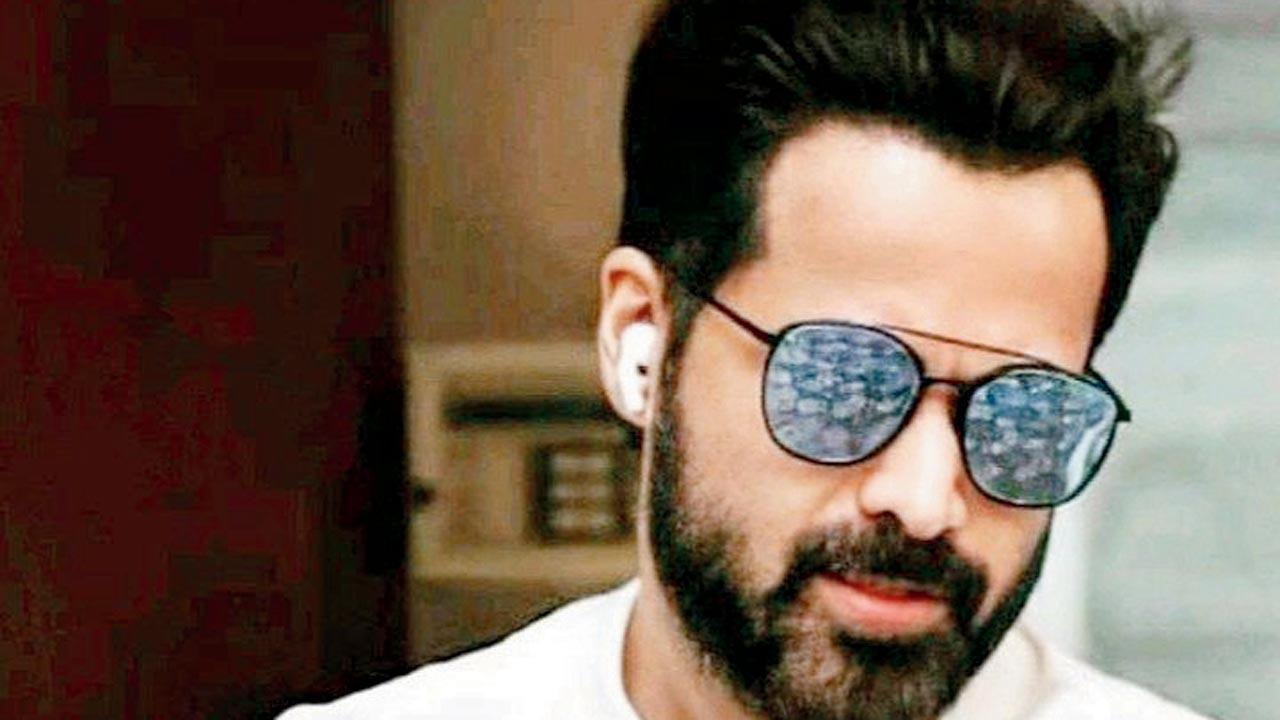 Emraan Hashmi, who has been filming director Tejas Deoskar’s Ground Zero in Kashmir for the last couple of weeks, got caught into a controversy for no fault of his. Rumours were rife that the film’s team was pelted with stones while shooting in Pahalgam, and the actor suffered some injuries. Emmi took to social media to quell the rumours, saying, “The people of Kashmir have been very warm and welcoming. It has been an absolute joy shooting in Srinagar and Pahalgam. The news of me being injured in a stone-pelting incident is inaccurate.” Interestingly, the film also marks the actor’s first collaboration with Saie Tamhankar, who plays his leading lady. 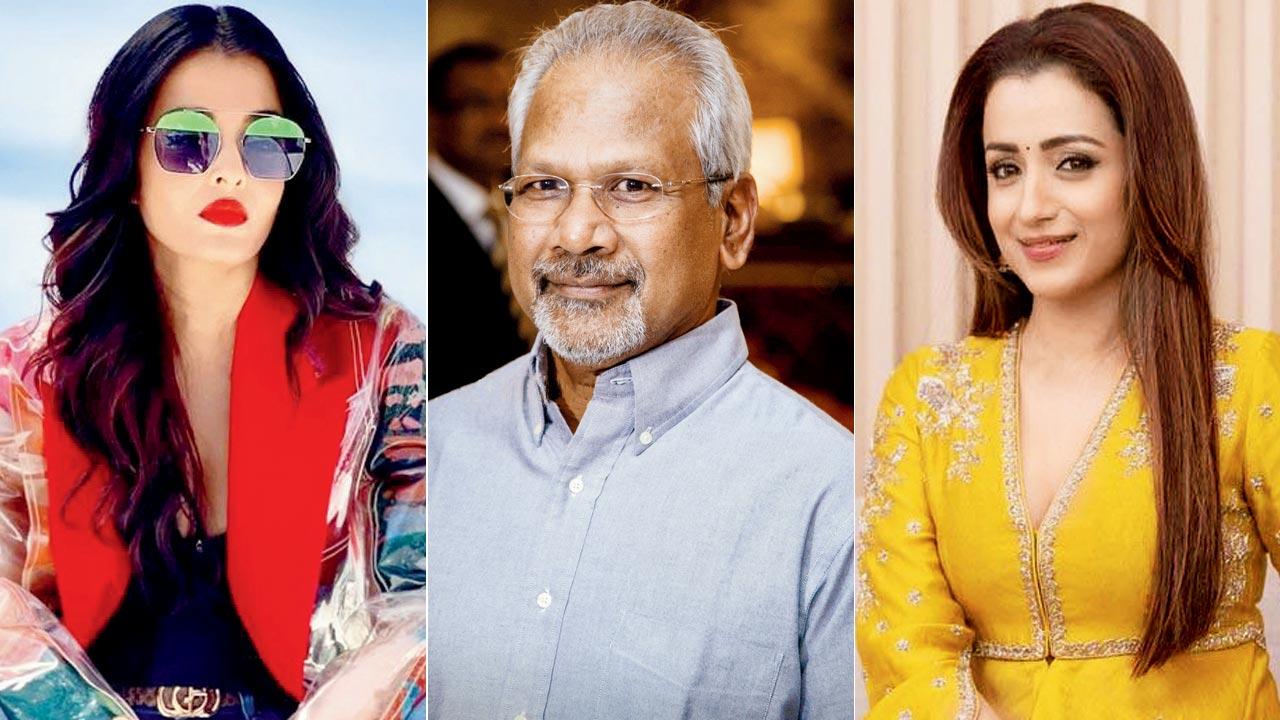 Ever heard of a filmmaker telling his heroines to not get along during a film’s making? Well, Mani Ratnam forbade Trisha Krishnan and Aishwarya Rai Bachchan from gelling while filming 'Ponniyin Selvan 1' as their respective characters, Kundavai and Nandini are arch-rivals, and a glimpse of their face-off is seen in the trailer. Trisha, who got chatting with Aish from day one of her shoot, said that it was challenging because even though their characters are supposed to dislike each other, they got along fabulously. “There were times Mani sir would come and say, ‘You girls are talking too much. Stop talking, I can’t have this camaraderie in my film’,” she has been quoted as saying. All praise for her co-actor, Trisha said that she would be up at 2 am to start getting ready for an early morning shoot. She added, “She spoke Sen-Tamil exactly the way it has to be spoken.”

Also Read: Have you heard? Mother of all ironies! 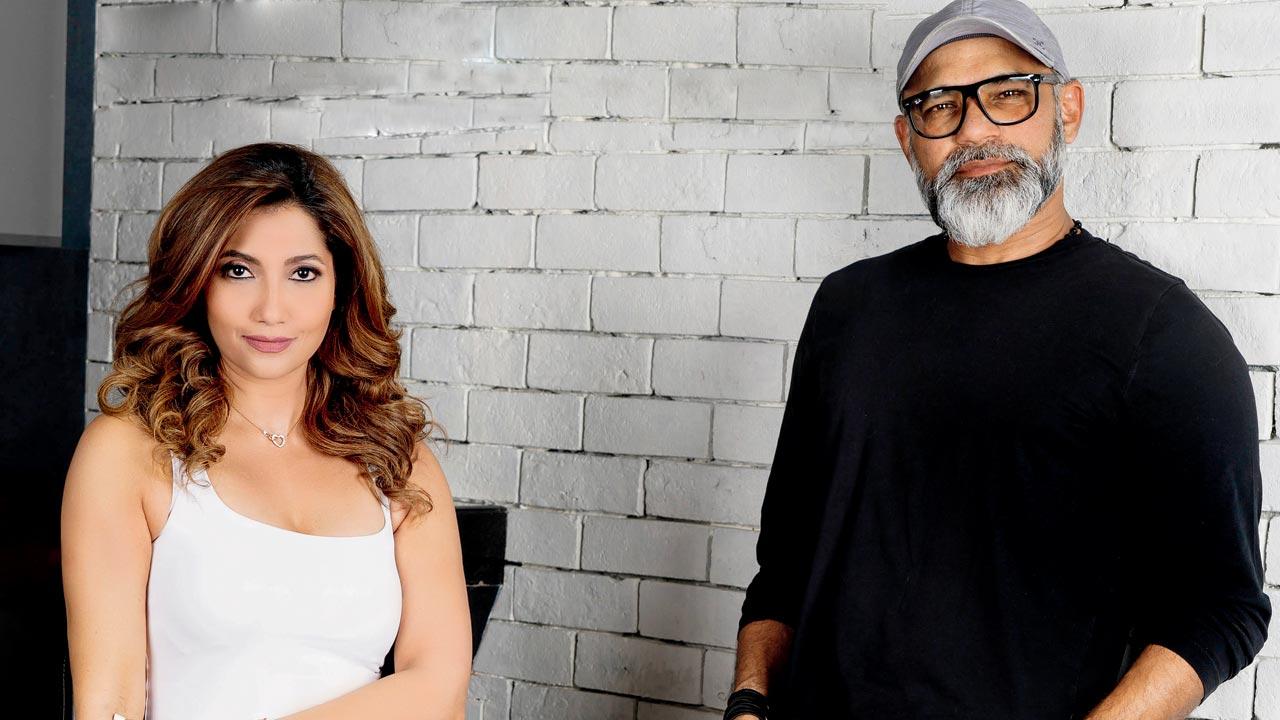 Even as their maiden collaboration, Gamer Log, is in development, filmmaker Abhinay Deo and entrepreneur Neeta Shah have decided to cement their production partnership. The duo will be making multiple movies and shows under their banner RDP Pulp Fiction Entertainment. “This is a wonderful time to make content that is experimental in nature, yet entertaining and relatable to the larger base of people,” says Abhinay, who has hits like Delhi Belly and the web series 24 to his credit. Neeta adds, “We aim to bring subjects that haven’t been explored yet and are pertinent in today’s times. While two of our projects go on floors early next year, we will announce more soon.” 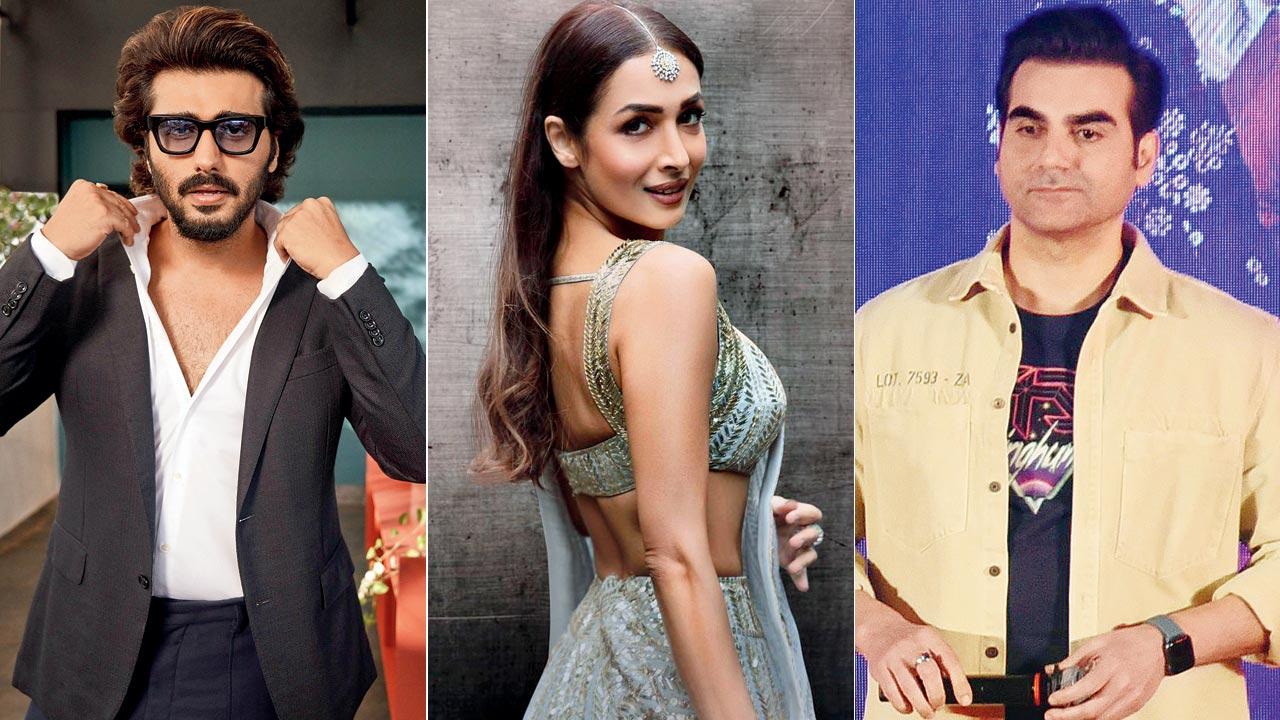 Okay, so we know that Malaika Arora and Amrita Arora are set to foray into reality shows with a web series titled Arora Sisters. While Amu has been candid about her personal and professional life, one can’t say the same about Malla, who’s known to restrict her media interactions to work only. Now, she is set to discard that notion as she is set to give viewers a dekko of her home, families, and work, along with her younger sister. That’s where the show gets interesting. We hear Malaika’s ex-husband Arbaaz Khan, and her beau Arjun Kapoor, will feature in the series. However, both the AKs will only be sharing the credits, but not screen space. Sources claim that Arbaaz and Arjun will feature in separate episodes, but of course. 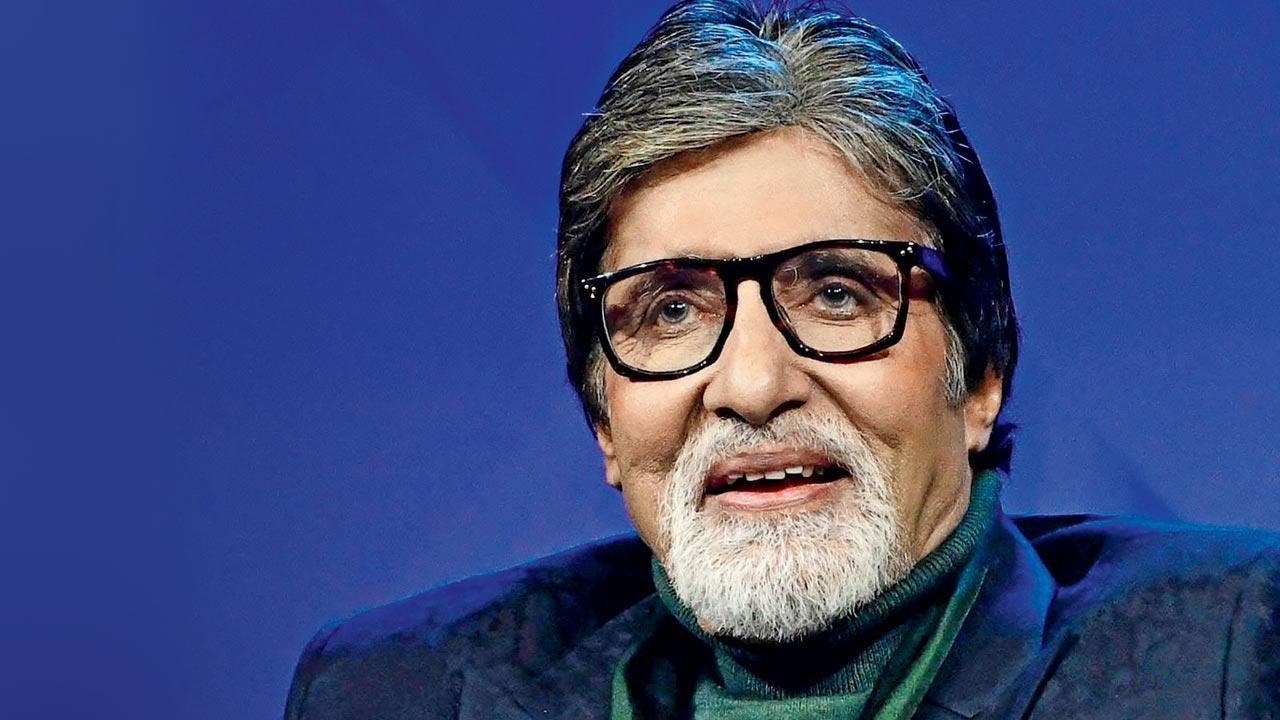 It appears that Amitabh Bachchan is quietly building on his real estate acquisition. The cinema icon recently purchased the entire 31st floor of the swanky Parthenon apartments in Four Bungalows, Andheri. Said to be one of the most exquisite residential complexes in the suburbs, Big B’s newest pad measures a sprawling 12,000 sq ft. It’s another thing that the Uunchai actor has no intention of shifting base from Jalsa in Juhu, where he has been living with his family for several years now. But then, what has that got to do with his expanding his real estate portfolio?

Method in her acting? 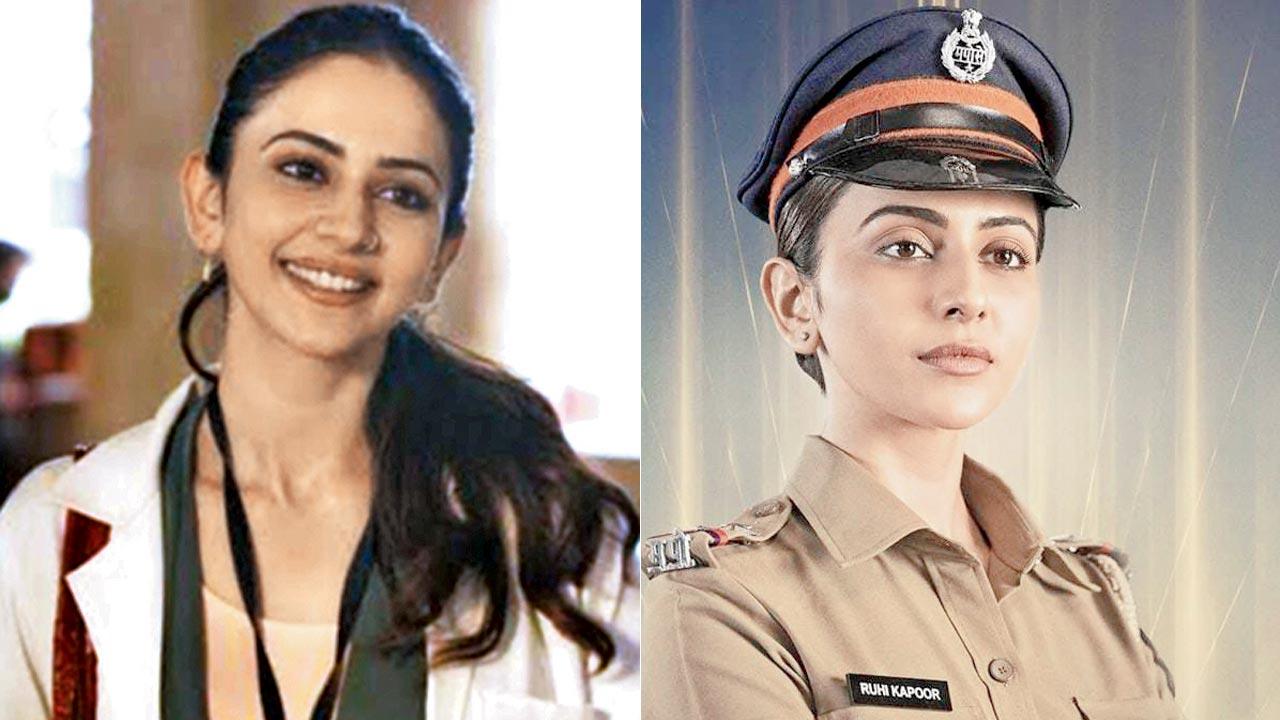 Rakul Preet Singh seems to be the latest artiste to be bitten by the method acting bug. To prepare for her part as a doctor in Doctor G and a cop in Thank God, she borrowed inspiration from people in the medical profession and uniformed services respectively. “Rakul learnt how to handle medical instruments and behave like a doctor from a trained medical student to convincingly play her part in the medical campus comedy,” says our source. As for playing a crime branch officer in the social dramedy that releases this Diwali, the actor sought help from her army officer father and his friends in the police. “She imbibed how to walk and talk like a cop, and their mannerisms,” adds our source.

No time to waste 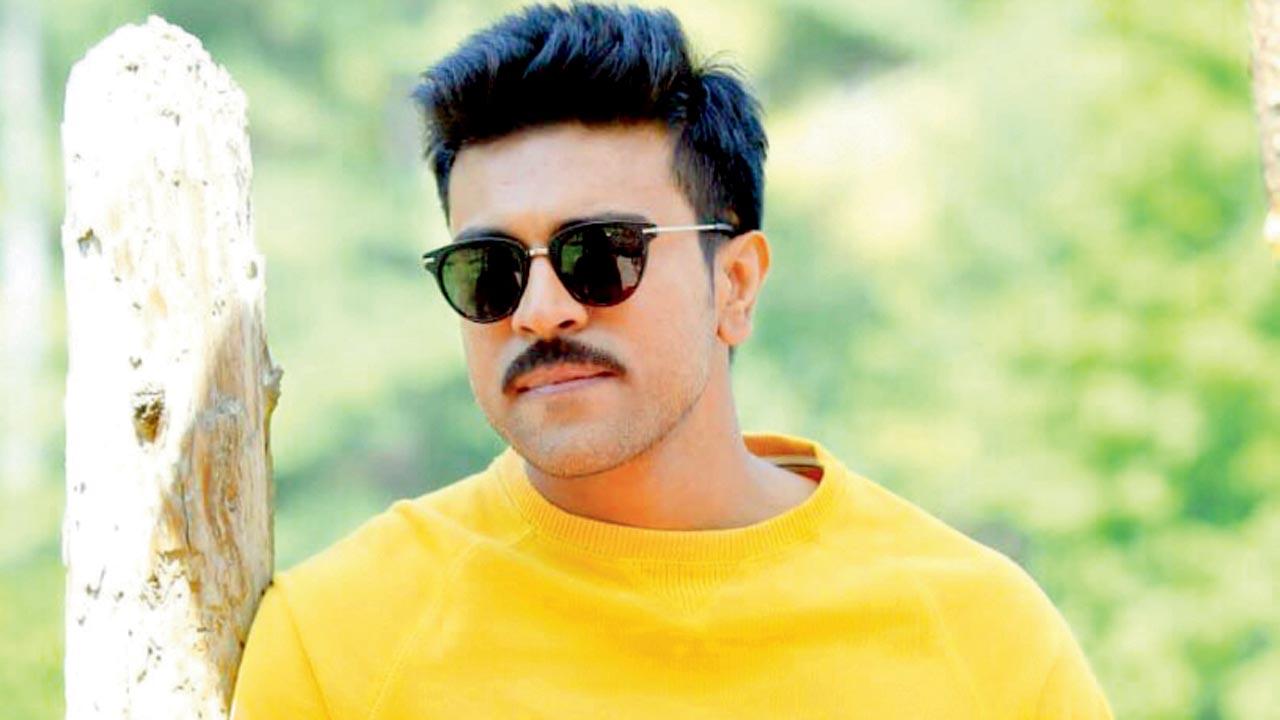 Buoyed by the stupendous success of RRR, Ram Charan is in no mood to take it easy. The actor, whose tentatively-titled RC15 with director S Shankar is under production, has not only finalised his next movie, but is also slated to begin filming soon. Post Dussehra, Ram will kickstart the yet-untitled film with Kannada director Narthan. After a 10-day spell, the actor will resume Shankar’s RC15, in which he has a double role. The filmmaker is keen to wrap up his next, Indian 2, which is back on track after a long gap. Starring Kamal Haasan, the sequel to their 1996 hit, Indian, suffered a lot of delay due to accidents on the set and the pandemic. Consequently, RC15, which was being planned for a summer 2023 offering, has now been pushed to later in the year.

Next Story : Up and about: Wooing Shetty