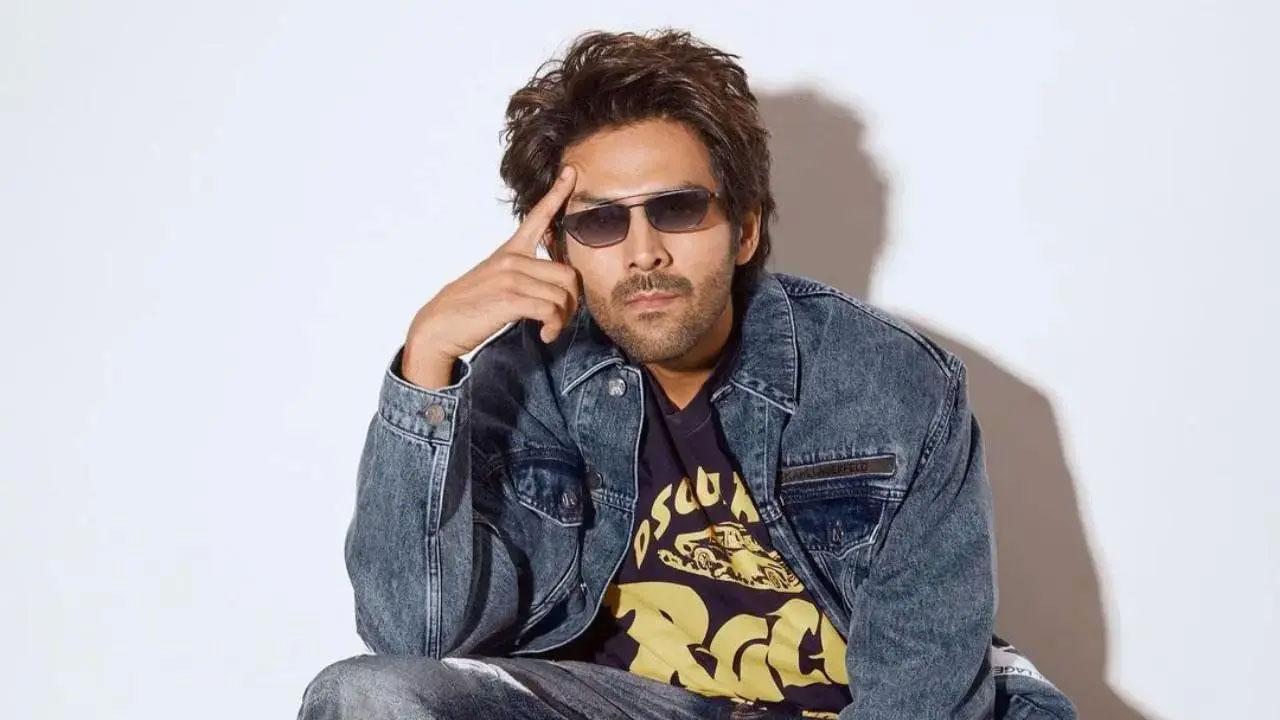 
Actor Kartik Aaryan took some time off from his work schedule to have a fun-filled day with Indian Navy officers. Ahead of Independence Day, Kartik met a few officers and interacted with them on board guided missile destroyer INS Kolkata. Taking to Instagram, Kartik shared several pictures and videos. In one of the images, the 'Bhool Bhulaiyaa 2' star Kartik is seen posing with the officers against the backdrop of the Indian flag. In another video, Kartik is seen playing a video game with some soldiers.

He also danced with them and he did not even forget to promote his hit drama 'Bhool Bhulaiyaa 2' there as he taught officers the hook step of the film's title track. He also made rotis there with a roti-making machine at the camp. Kartik experienced the physical fortitude required to operate a mounted machine gun as well.

"Jay Jawan. Ek din nausena ke jabaaz jawano ke saath (Hail the soldier. A day with brave navy soldiers," he captioned the post. Kartik's visit to warship made fans extremely proud of him. "Wonderful! The purpose of art is indeed to spread joy! And to do it for the heroes," a social media user commented." The superstar with the real heroes," another one wrote. "Kudos. Super proud of you," a netizen commented.

Meanwhile, on the work front, Kartik will be next seen in 'Shehzada' alongside Kriti Sanon. Directed by Rohit Dhawan, the film is an official Hindi remake of the Telugu film 'Ala Vaikunthapurramuloo' which starred Allu Arjun and Pooja Hegde in the lead roles. Along with this, he also has Sajid Nadiadwala's 'SatyaPrem ki Katha,' alongside Kiara Advani for the second time, director Hansal Mehta's 'Captain India,' Ekta Kapoor's 'Freddy' alongside Alaya F, and director Kabir Khan's next untitled film.