In the first picture, Neha can be seen trying to perform a yoga asana with Mehr lying on her back while toddler Guriq apparently attempts a summersault 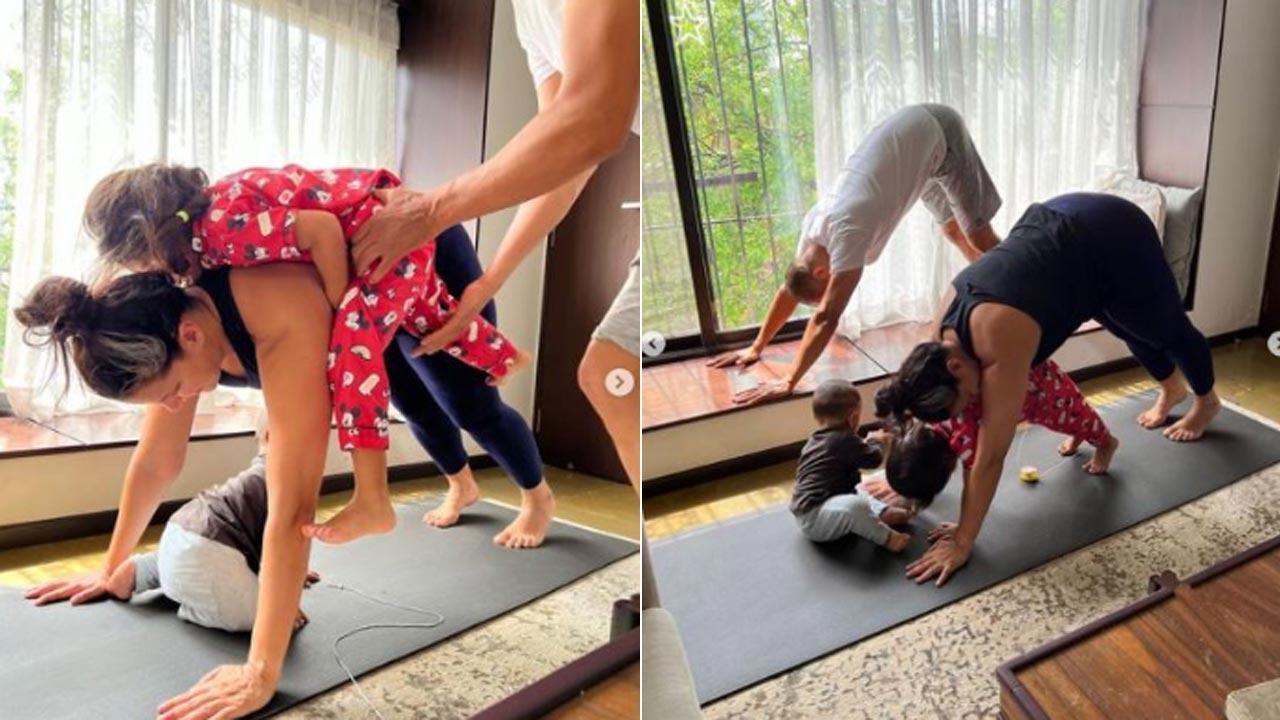 
Bollywood actor Neha Dhupia took to social media to share a glimpse of a cute yoga session with her kids, Mehr and Guriq and talked about how embracing motherhood was a 'fine balance'.

"They say #motherhood is all about finding that fine balance .... One way or the other we always manage to get there... ab chahe life ho ya yoga" captioned the actor on Instagram. She even thanked her yoga instructor for his 'patience'.

In the first picture, Neha can be seen trying to perform a yoga asana with Mehr lying on her back while toddler Guriq apparently attempts a summersault.

The very next picture showed the trio of Neha and her two kids, on the yoga mat. While Mehr is seen trying to imitate her mother's yoga posture, Guriq was busy in his own act, fidgeting with toys. Neha's yoga instructor was also seen doing a similar yoga asana.

The last picture portrayed the mother of two in a perfect headstand posture. Neha's balance was evidently visible in her seamless yoga asana act.

Neha married actor Angad Bedi at a private ceremony in New Delhi in 2018. The couple welcomed their daughter Mehr in the same year. The two became doting parents to their second child, Guriq in 2021.

Meanwhile, on the film front, Neha received plenty of appreciation for her film 'A Thursday' which also starred Yami Gautam. Directed by Behzad Khambata and produced under the banner RSVP Movies and Blue Monkey Films, 'A Thursday' was released on the OTT platform Disney+ Hotstar on February 17.

Next Story : Mithun Chakraborty turns 72, a look back at his trendsetting dance numbers