In the adorable image, Sridevi could be seen sharing smiles with her elder daughter Janhvi 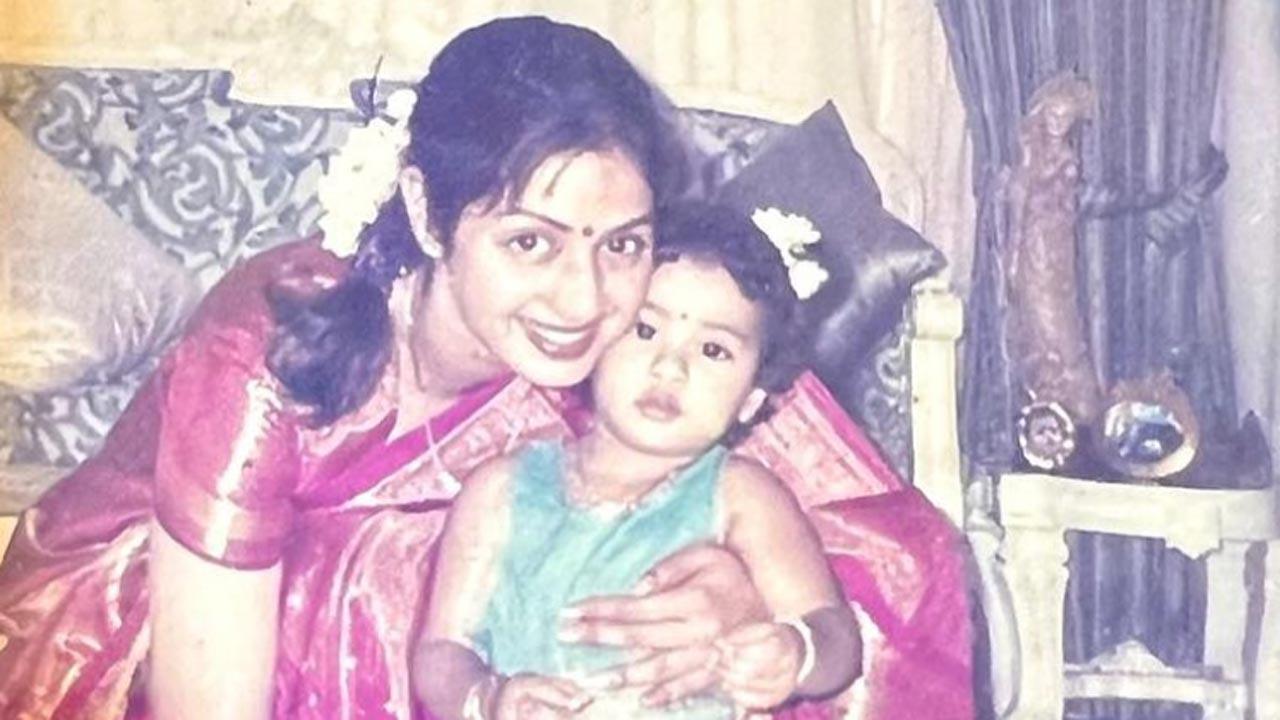 
On Sridevi's 59th birth anniversary, her daughters Janhvi Kapoor and Khushi Kapoor left everyone emotional with their touching tributes to the late actress.

Taking to Instagram, Janhvi dug out her childhood picture with her mother.

In the adorable image, Sridevi could be seen sharing smiles with her elder daughter Janhvi.

Janhvi also penned a note in memory of her mother.

She wrote, "Happy birthday Mumma.. I miss you more and more every day. I love u forever."

"Miss you so much Sridevi ji," a netizen commented.

"She will always be there with you, and I bet she is really really proud of you," another one wrote.

Actor Varun Dhawan and fashion designer Manish Malhotra, who shared a close bond with Sridevi, also reacted to the post. They dropped red heart emojis in the comment section.

Sridevi breathed her last on February 24, 2018, in Dubai, where she had gone to attend a family function.

Born as Shree Amma Yanger Ayyapan in 1963, she's known for her iconic roles in Hindi movies like 'Chandni', 'Lamhe', 'Mr India', 'Chaalbaaz', 'Nagina', 'Sadma' and 'English Vinglish', among many more. The Padma Shri awardee also made a mark with her extraordinary performances in Tamil, Telugu, Hindi, Malayalam, and Kannada films.

Her last film was 'Mom', for which she also received the Best Actress National Award, posthumously.