Poonam Pandey on Raj Kundra: He leaked my number with the message 'I'll strip for you'

Poonam had earlier filed a case against Kundra and his associates at Armsprime Media, the company that was handling her app. She had complained that they were illegally using her videos even after their contract had ended. 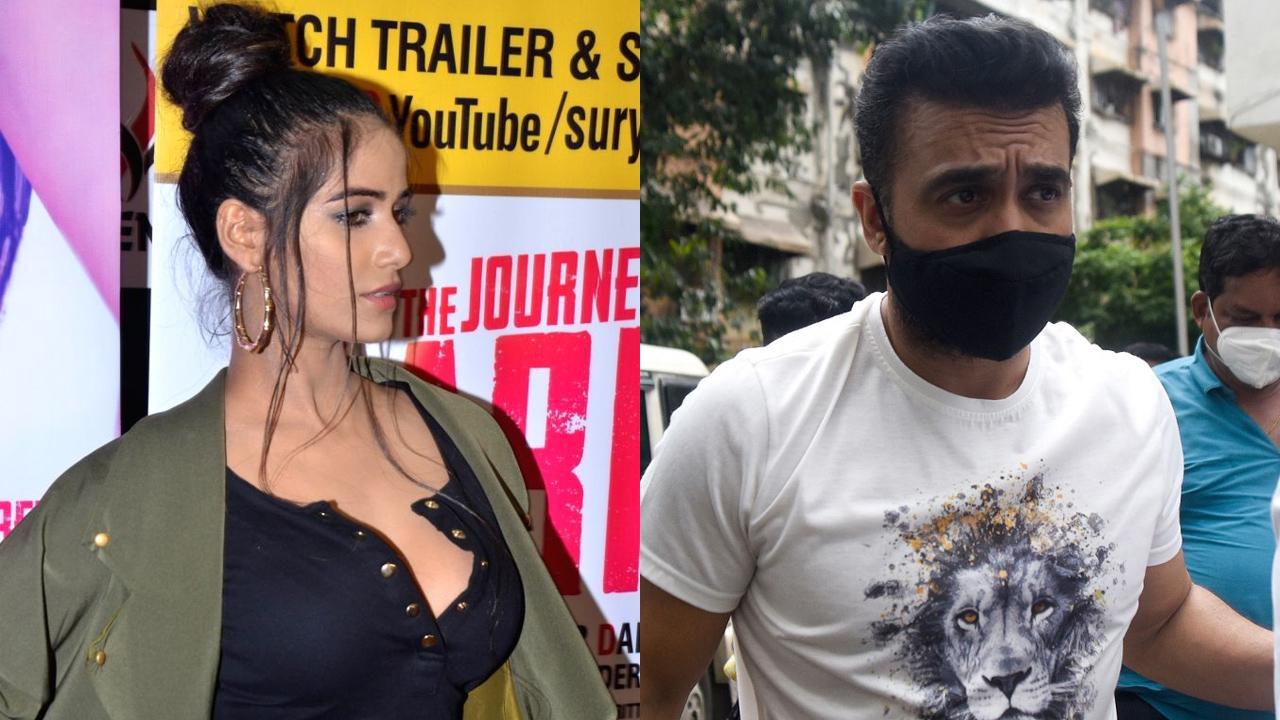 
Actress-model Poonam Pandey claims businessman and Bollywood actress Shilpa Shetty Kundra's husband Raj Kundra, upon a contractual disagreement in 2019, leaked her number along with a message that said "I will strip for you".

Kundra has been sent to police custody till July 23 after being arrested by Mumbai Police on charges of creating and publishing pornographic content.

Poonam had earlier filed a case against Kundra and his associates at Armsprime Media, the company that was handling her app. She had complained that they were illegally using her videos even after their contract had ended.

Poonam had also made a statement that following the disagreement, her number and some images were leaked. This resulted in her getting calls that were derogatory in nature.

In a video message to IANS, Poonam said: "When I said no to signing the contract, he leaked my phone number with a caption, 'Call me now. I will strip for you'. He released this message along with my personal number and broadcast it. I still remember that after that my phone rang non-stop. I got calls from the whole world, including threatening messages."

Poonam also said that she had to go into hiding. "I was not home. I was living like a fugitive. I was scared that something would happen to me because of the kind of messages I used to get, such as 'I know where you are'. It was scary," Poonam said.

Opening up about the contract, the actress-model said: "The threat was that I had to sign his new contract. Whatever or whenever they said, I'd have to shoot that way or else they would leak my private information. When I said no, my number was leaked on the internet," she said.

Poonam also urged all women to come out and speak up. "I am giving this statement even after my lawyers said no, because if Raj Kundra can do this to me -- and I am a known personality -- then what is he doing to others? It is impossible to judge where to put a full stop to this," Poonam said.

"I would request all the girls to please come out, and if something of this sort has happened to you then raise your voice," she concluded.

Also Read: Kangana reacts to Raj Kundra case: This is why I call movie industry a gutter

Next Story : Superhero Vicky Kaushal hasn’t got the visa power