Raveena Tandon shares a group photo with her favourite 'bois’ 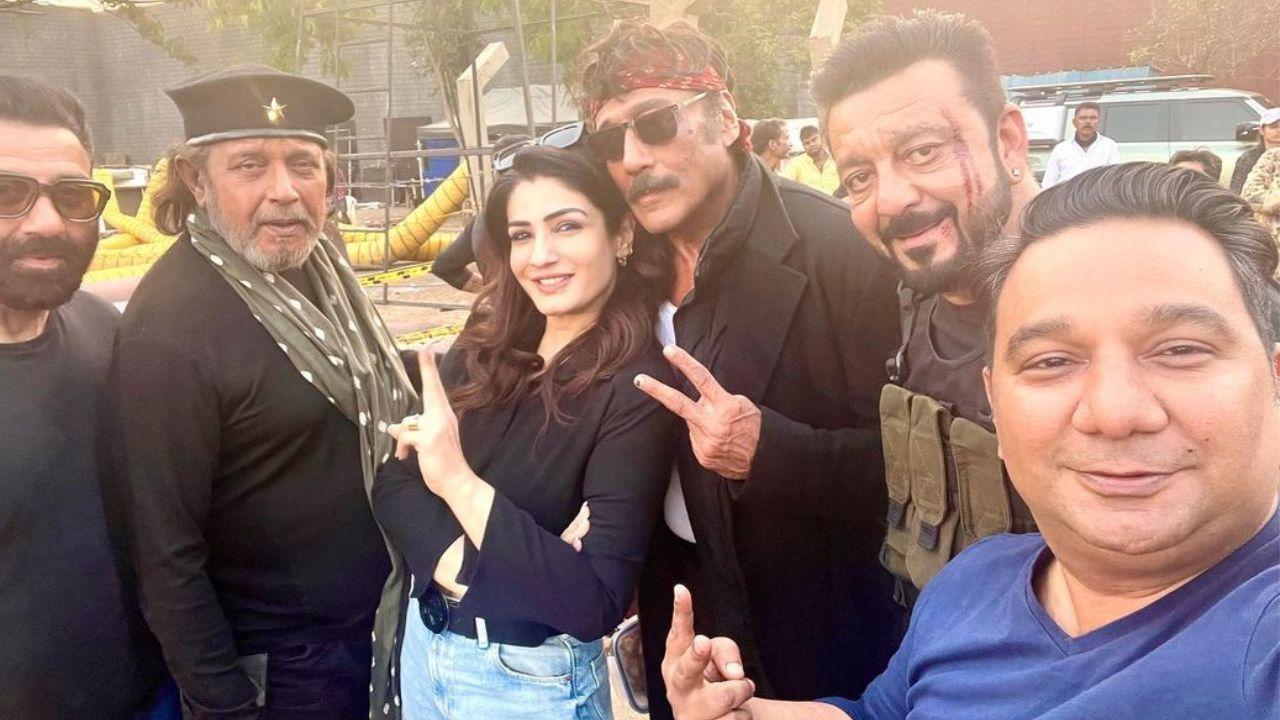 
Raveena Tandon shared a group photo of herself with her ‘favourite boys’ on Instagram. The photo features Jackie Shroff, Sanjay Dutt, Mithun Chakraborty and Sunny Deol. It also features filmmaker Ahmed Khan, who was seen taking the selfie. In the photo on Instagram, Raveena Tandon looked ecstatic as she posed with the veteran actors on a movie set.

Tandon shared the photo with Mithun Chakraborty, Sanjay Dutt, Jackie Shroff, Ahmed Khan and Sunny Deol, and even tagged them in the post. She wished them all ‘loads of success’ for their upcoming film and said they’re all ‘looking good’. Sharing the post, the actress wrote, “With mah favourite Bois! Congratulations and good going @khan_ahmedasas ! Lookin good youll! Loadsa success . #baap @apnabhidu @duttsanjay @iamsunnydeol @mithunchakrabortyofficial.”

Raveena shared the photo from the sets of 'Baap'. The actress visited the movie sets and even posed for photos with the crew. She sported a casual look whole posing with Baap characters.

Also Read: Kartik Aaryan says his 'Freddy' character is twisted, like twist in the plot

Meanwhile, on the work front, Raveena was last seen in 'KGF: Chapter 2' the blockbuster second highest-grossing film. The movie has set a new benchmark in the Indian film industry by breaking all box office records.  And made a big wave with ‘Aranyak’ which continues to entertain audiences. Raveena will be next seen in family entertainer Ghudchadi by T-series and alongside Sanjay Dutt. She will also be seen in the lead role in Arbaaz Khan’s upcoming social drama Patna Shukla. Tandon will be seen in Netflix series popular Aranyak Season 2. Now she will be seen in Disney+ Hotstar web-series.