From hearing about their lives, training, time away from loved ones, and hoisting the Indian flag, Salman had a fun-filled day with the members of the Indian Navy 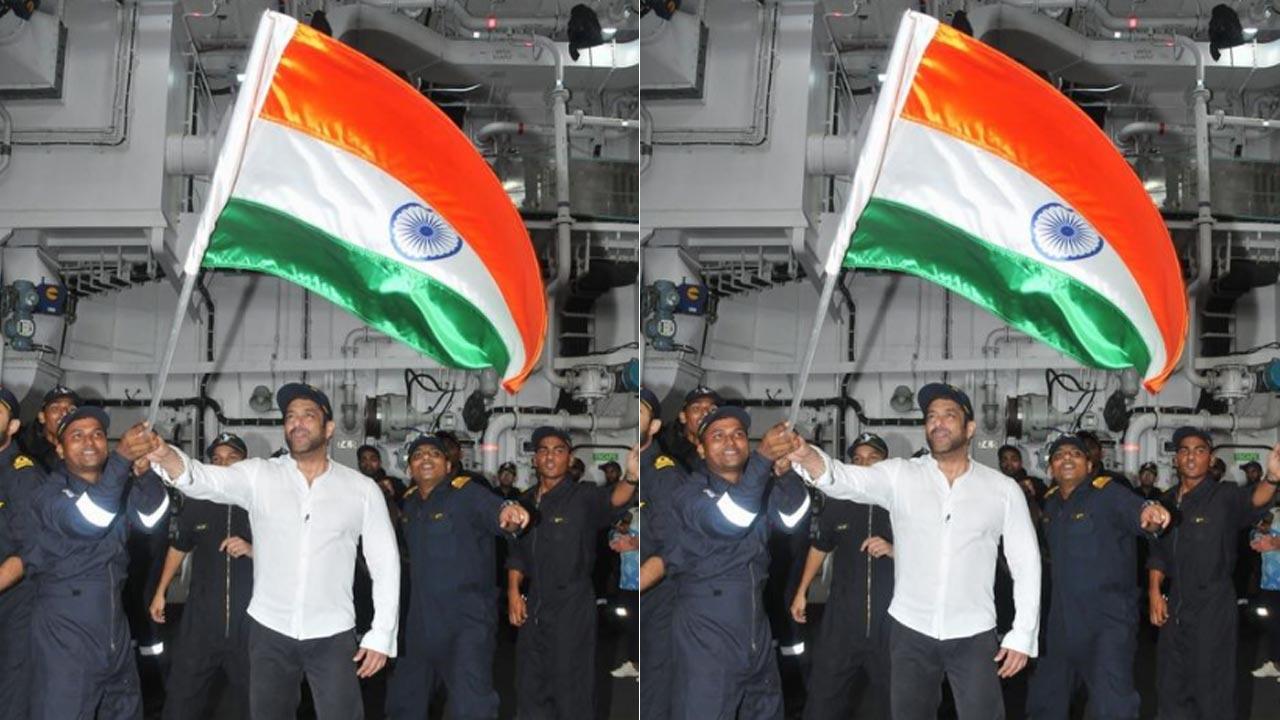 
As India is celebrating its 76th Independence Day today, superstar Salman Khan took to Instagram to extend warm greetings to everyone on the historic occasion. "Wishing everyone a very happy 75th Independence Day( 75 years of Independence).. Jai Hind," he wrote. The 'Dabangg' star also shared a picture in which he is seen waving the Indian Flag in his hands while he posed with Indian Navy officers.

A few days ago, Salman took a day off from work to spend some time with the sailors in Visakhapatnam. From hearing about their lives, training, time away from loved ones, seeing the state-of-the-art vessel, cooking on the ship to doing push-up challenges, signing autographs, and hoisting the Indian flag, Salman had a fun-filled day with the members of the Indian Navy.

This is not the first time that Salman visited the Indian Navy. In 2014, Salman spent Independence Day with the Naval officers in Goa. Talking about his love for the armed forces, he even played the role of a naval officer in his movie 'Bharat' in which he starred opposite Katrina Kaif.

Directed by Farhad Samji, 'Kabhi Eid Kabhi Diwali' also features Venkatesh Daggubati. Salman's brother-in-law Aayush Sharma was also a part of the film. However, he reportedly walked out of the film.

Next Story : Ranveer Singh wins Best Actor award for '83' at the Indian Film Festival of Melbourne