Sara Ali Khan shared a picture on Instagram, which was clicked by her 'Atrangi Re' co-star Akshay Kumar. Take a look 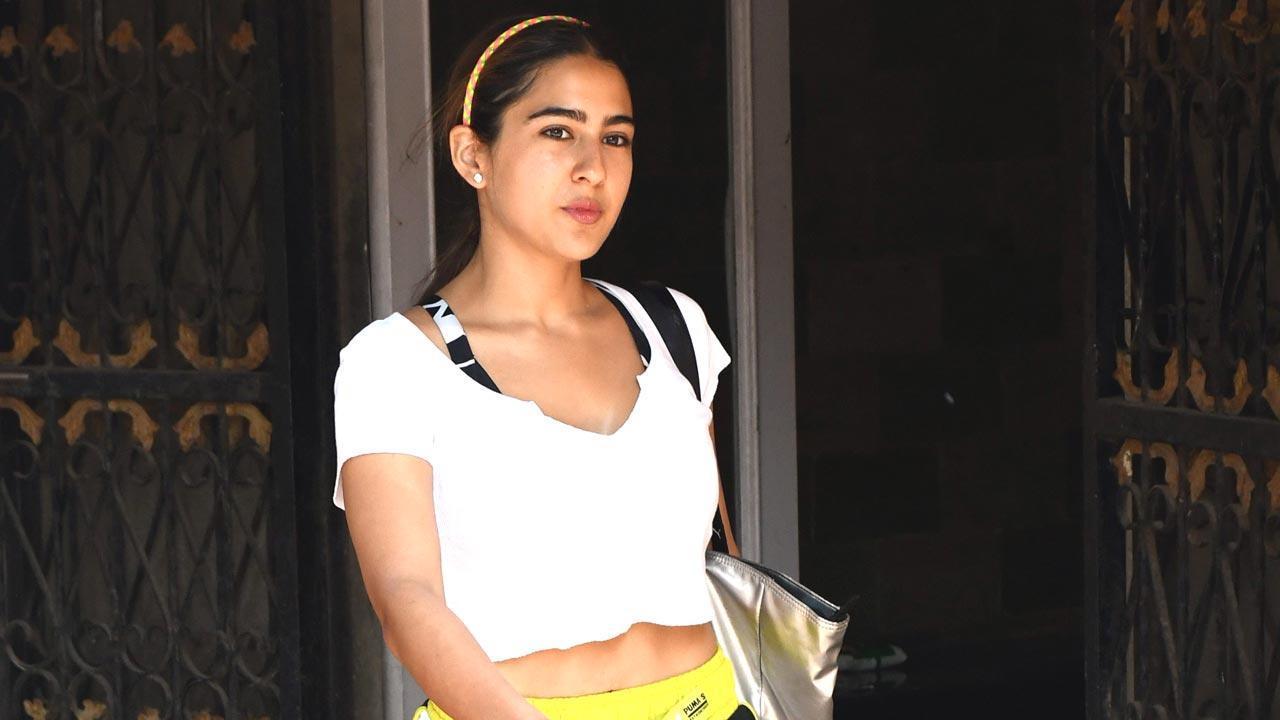 
On Firday, Sara Ali Khan treated her fans with a mesmerizing picture of herself from the sets of her upcoming film 'Atrangi Re'. The picture, which was clicked by none other than Akshay Kumar, has left fans in awe of Sara's beauty. In the photograph, Sara is seen with no makeup and hair falling on her face. Sharing the image, Sara wrote: "Thought these days would never end. #bts #AtrangiRe."

"You have beautiful eyes," an Instagram user commented. "Wow. So pretty you are," another user wrote.

Recently, Sara Ali Khan dropped yet another workout video and Katrina Kaif and Saba Pataudi lavished her with praises. Sara sent the internet on a frenzy, as she donned upon a black athleisure co-ord piece. In the video, she can seen performing a slew of exercises with and without gym equipment.

On the work front, Sara was last seen in Varun Dhawan-starrer Coolie No 1, which saw a digital release. She recently wrapped up the shooting for Aanand L Rai's 'Atrangi Re'. Talking about working with Aanand L Rai, Sara said, "Aanandji is the most compassionate and loving human being I have ever come across. On his sets, it is his emotions, purity and vulnerability that drive him. He tries to extract that from his performers as well. I’m not a trained actor, so I go by my conviction and the director’s vision. It’s important for me to be guided because I can go off-track. It’s important for a director to tell me, ‘Sara, yeh zyada ho gaya, thoda kam karo.’ He has done that beautifully for me."

Directed by Aanand L Rai, 'Atrangi Re' also features Akshay and actor Dhanush. The release date of the film has not been specified yet. With music by AR Rahman, 'Atrangi Re' went on floors last March before the coronavirus pandemic halted its shoot. The film's shoot resumed in Madurai last October and followed it up with a schedule in Delhi.

Next Story : Rohit Shetty on 'Sooryavanshi' release: At present, the fight is to get everyone vaccinated fast