Taking to Instagram, Mandira dropped a few pictures from the langar 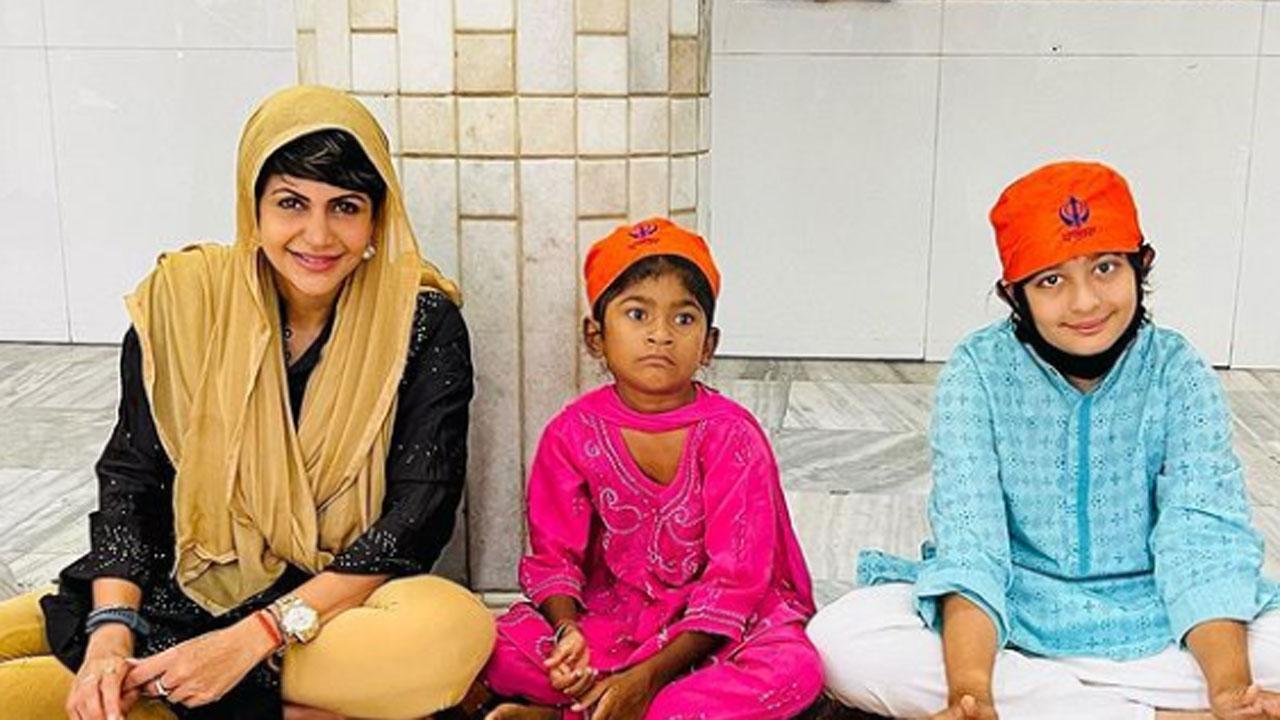 Taking to Instagram, Mandira dropped a few pictures from the langar. In the images, Mandira is seen sitting on the floor with daughter Tara and son Vir as they all have food arranged by them at the gurudwara.

"#AkhandPaath ka #Bhog and #Langar .. in Raj's name.. This morning with the kids and staff at the #Gurudwara #DhanGurunanak #satnamshriwaheguru," Mandira captioned the pictures.

Raj Kaushal breathed his last on June 30, 2021, and the entire film fraternity paid their last respects to Kaushal's death. Ever since then, his wife Mandira Bedi keeps remembering him through posts and pictures. On his first death anniversary, she shared a note that read- "365 days without you," followed by a broken heart.

Next Story : 'A Film that took my everything,' writes Vijay Deverakonda as he shares new poster of 'Liger'