The 'Raees' actor took to his Instagram handle and posted a video where AbRam was seen hoisting the Indian flag along with his family which included Shah Rukh, Gauri Khan and Aryan Khan 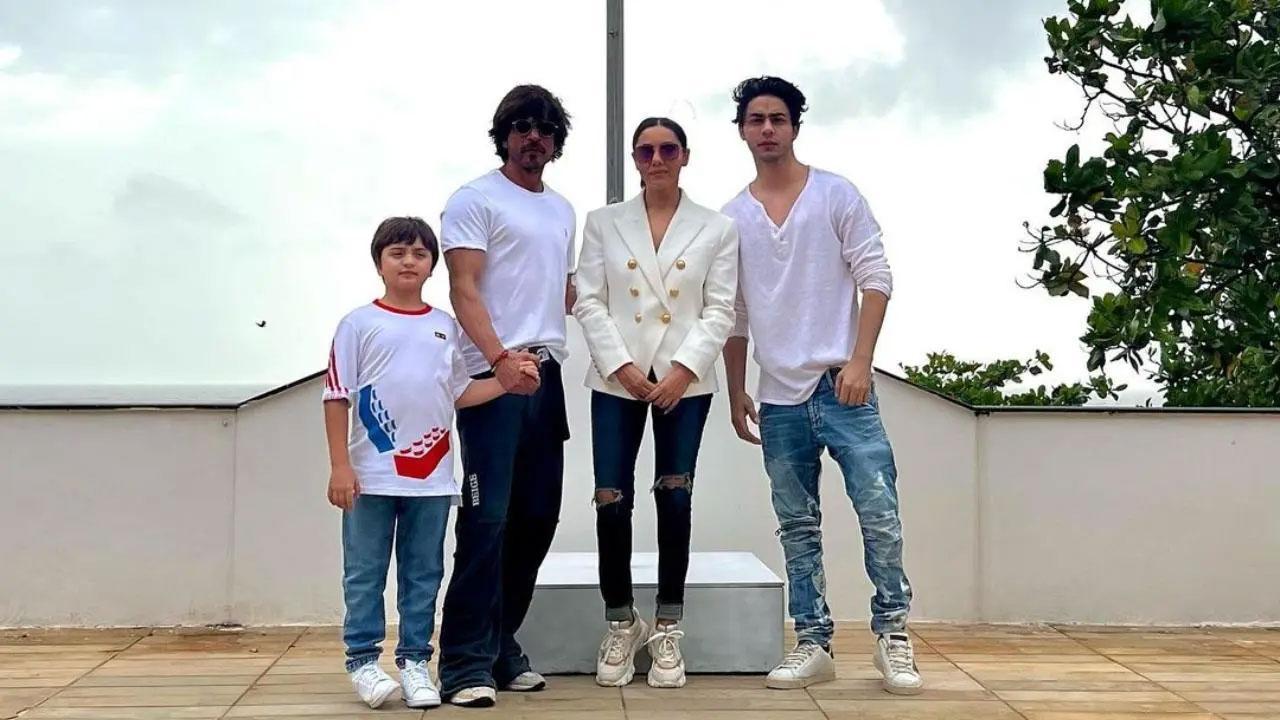 
Bollywood superstar Shah Rukh Khan felt "pride, love and happiness" on Sunday as his "little one", AbRam Khan, hoisted the national flag at their Mumbai home, Mannat, on the eve of India's Independence Day to join the Har Ghar Tiranga campaign. The 'Raees' actor took to his Instagram handle and posted a video where AbRam was seen hoisting the Indian flag along with his family which included Shah Rukh, Gauri Khan and Aryan Khan.

Along with the video, he wrote, "Teaching the young ones at home the essence and sacrifice of our Freedom Fighters for our country India, will still take a few more sittings. But getting the flag hoisted by the little one made us all FEEL the pride, love and happiness instantly." The social media post garnered over a lakh likes with several people leaving heart emojis for the actor and his family.

Earlier today, Shah Rukh's wife, Gauri, had shared a glimpse of their pre-Independence Day celebrations. Shah Rukh and Gauri were seen standing with their sons Aryan and AbRam in front of the Indian flag. SRK, Aryan and Abram sported white T-shirts. The young boys paired the T-shirts with blue jeans and white shoes, while SRK opted for navy blue cargo pants. On the other hand, Gauri looked super stylish in an off-white blazer with blue jeans and white shoes. "Happy Independence Day," she simply captioned the post.

Earlier, Indian citizens were not allowed to hoist the National Flag except on selected occasions. This changed after a decade-long legal battle by industrialist Naveen Jindal culminated in the landmark Supreme Court judgement of January 23, 2004, that declared that the right to fly the National Flag freely with respect and dignity is a fundamental right of an Indian citizen within the meaning of Article 19(1) (a) of the Constitution of India.

Lauding the Centre and PM Modi for the Har Ghar Tiranga Campaign, Naveen Jindal has urged every Indian to make 'Har Din Tiranga' their motto. Notably, Prime Minister Narendra Modi had urged citizens of the country to use 'Tiranga' as their profile picture on social media accounts between August 2 and August 15.