While Shahid stands at the train's door, Mira is seen extending her arm to Shahid in a bid to catch the train which is already at a halt. The picture tickled the funny bones of their followers 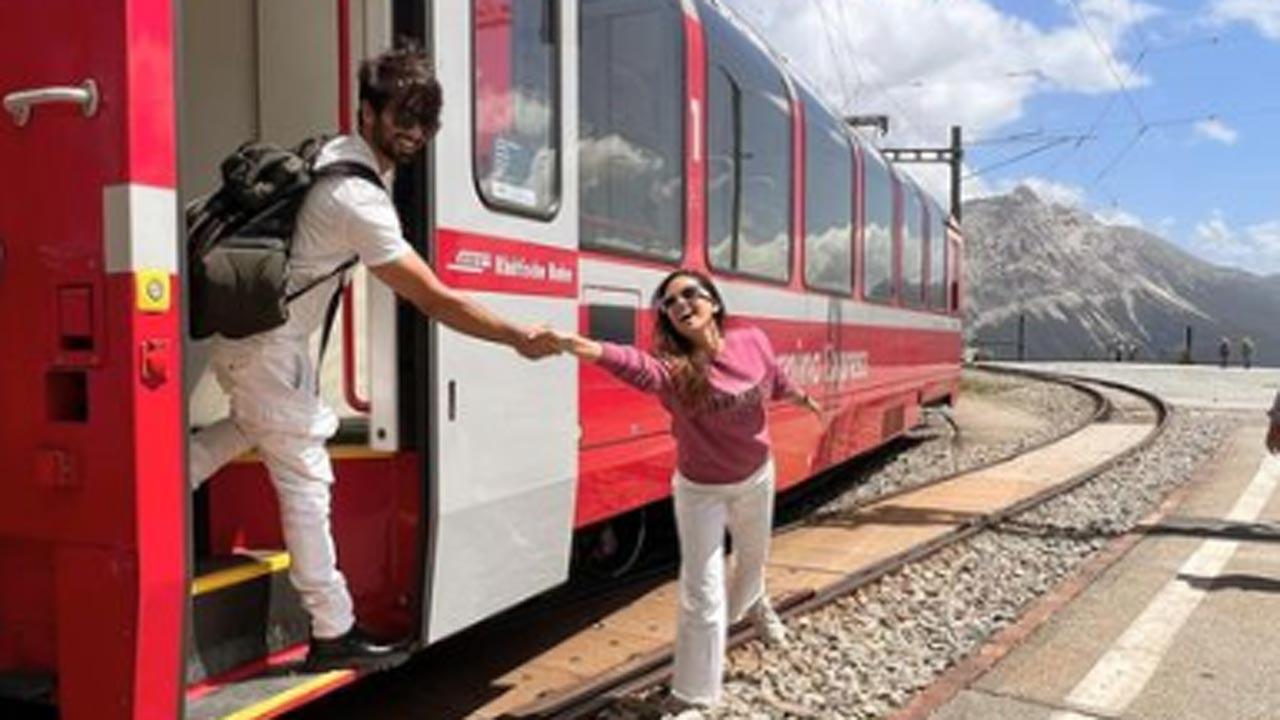 
Bollywood actor Shahid Kapoor along with his wife Mira Rajput is giving major vacation goals to his Instagram followers. Earlier this month, Shahid and Mira had flown down to Switzerland along with their children Misha and Zain. In a recent Instagram post, Mira shared two photographs from the vacation, the first one shows her sitting inside a rail coach. The second picture, however, caught the fancy of netizens as the celebrity couple recreated the iconic train scene from the Shah Rukh Khan and Kajol-starrer 'Dilwale Dulhania Le Jayenge'.

While Shahid stands at the train's door, Mira is seen extending her arm to Shahid in a bid to catch the train which is already at a halt. The picture tickled the funny bones of their followers.

Soon after Mira shared the post, fans swarmed the comment section of her post. A user commented: "Dilwale Dulhania Le Jayenge My Fav Couple," while another wrote, "Oye raj & simran 2.0".

Incidentally, the train catching scene also found its place in the Shahid and Kareena Kapoor Khan-starrer 'Jab We Met'. The film, which was released in 2007, was Shahid and Kareena's last film as a romantic couple. The two parted ways midway through the film's shoot. While Kareena moved on and fell in love with Saif Ali Khan on the sets of 'Tashan', and tied the knot with him in 2012, Shahid married Mira in 2016.

During their time in the picturesque location, Shahid, Mira and the family went trekking, sightseeing, etc. They also updated their fans by sharing several adorable pictures on their Instagram handles.

Next Story : The Russo Brothers are in talks with Farhan Akhtar and Ritesh Sidhwani for a new project