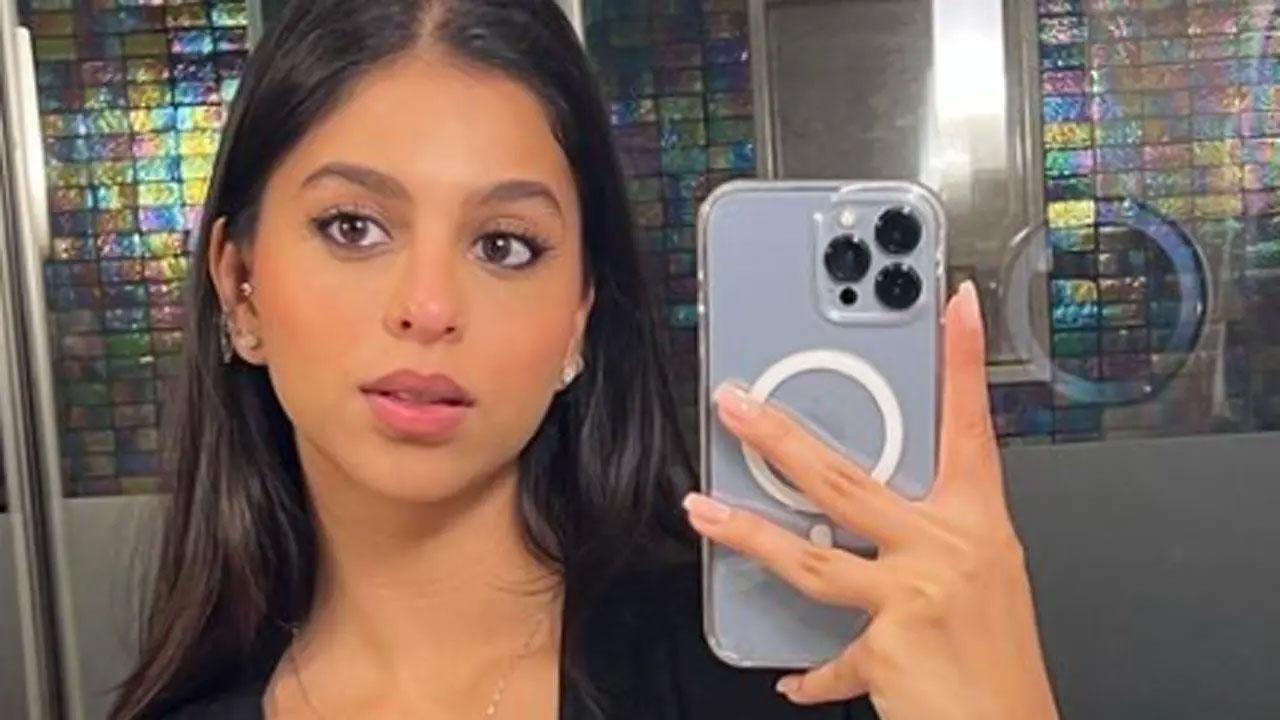 King Khan wrote on Suhana's pic, "Too elegant baby....so contrary to the pyjamas u wear around the house!!!"

Suhana's besties Ananya Panday and Shanaya Kapoor also gave her a shout-out for her gorgeous pictures.

In the last few months, Suhana has become the favourite of the Paparazzi. She is now captured at salons, restaurants and film parties at regular basis.

Suhana will make her debut with Zoya Akhtar's Netflix original 'The Archies'. Apart from Suhana, Amitabh Bachchan's grandson Agstya Nanda, Boney Kapoor's younger daughter Khushi Kapoor will step into the world of showbiz with this movie. Suhana's rumoured relationship with Agstya has hit the headlines recently.

Time will tell, whether it's a publicity stunt to promote their first film or not.

Next Story : Richa Chadha to essay role of nurse in movie based on Covid second wave