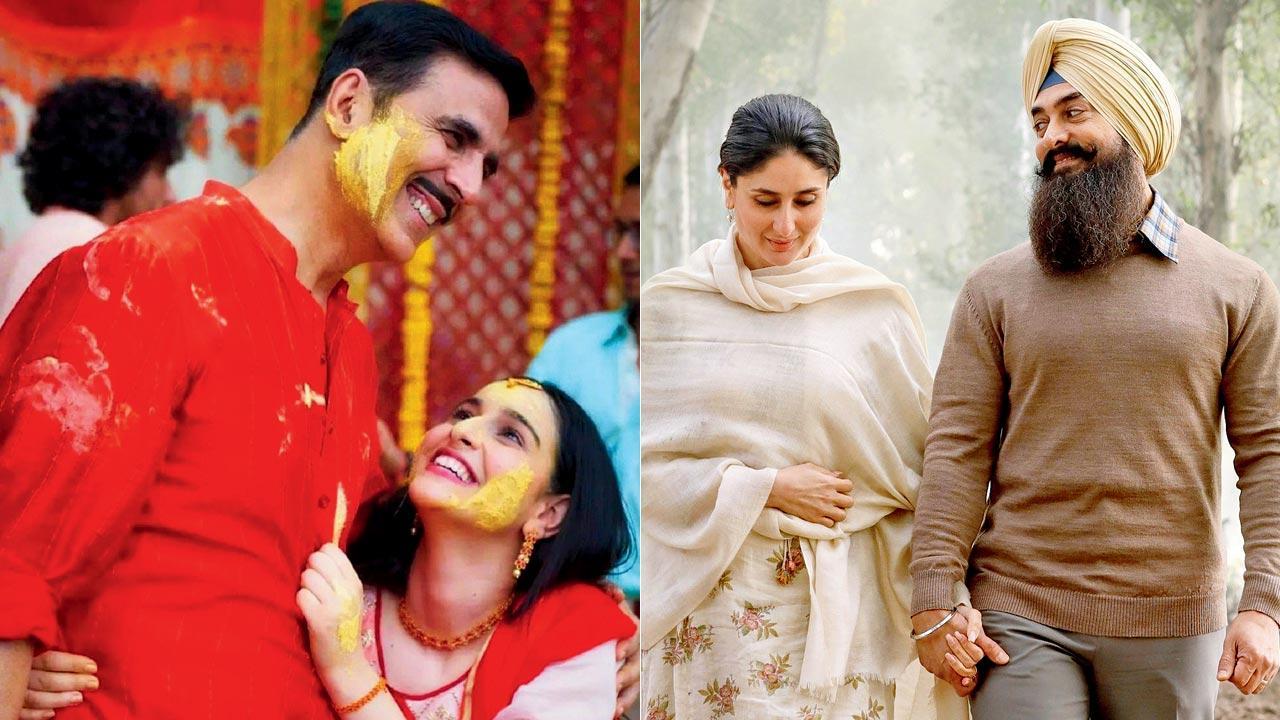 
It couldn’t have been a more star-studded weekend at the marquee. While Aamir Khan, joined by Kareena Kapoor Khan, returned to the big screen after four years with 'Laal Singh Chaddha', Akshay Kumar presented a family entertainer in 'Raksha Bandhan'. In theory, it’s exactly the kind of weekend that would see audiences flocking to theatres. But the box-office figures tell a different story. Khan’s desi adaptation of 'Forrest Gump' (1994) earned Rs 11.5 crore on its opening day, while 'Raksha Bandhan' was a few steps behind at Rs 8 crore.

The films’ underwhelming opening comes as another blow to Bollywood that hasn’t witnessed a hit since Kartik Aaryan’s May release, 'Bhool Bhulaiyaa 2'. Trade analyst Taran Adarsh had his hopes pinned on 'Laal Singh Chaddha'. He says, “Akshay has four releases every year, but when an actor like Aamir Khan — who is returning after four years — delivers such shocking numbers, it sends shockwaves within the industry. [At such a time], he should have made a mid-budget film like 'Taare Zameen Par' [2007]. 'Bhool Bhulaiyaa 2', which opened on a non-holiday, holds the spot of highest opening [this year] with R14 crore. We have [an extended weekend], let’s see whether these films [pick up pace].”

Single-screen theatres are usually Kumar’s domain, but the Aanand L Rai-directed film doesn’t seem to have started on a strong note. Manoj Desai, executive director of G7 multiplex and Maratha Mandir, says, “None of my shows has gone housefull so far. Since it’s a festive weekend, I am hoping the film will gain momentum,” he says, adding that Advait Chandan’s drama has another factor going against it. “Laal Singh… runs long, and the audience may lose patience. Plus, they are used to seeing their actors as [larger-than-life] heroes. I feel they are not ready to see [Aamir] like this on screen.”

Bollywood’s post-pandemic dry spell, barring a few hits, is worrying. Adarsh attributes it to lack of good content, although Khan’s film has largely earned positive reviews. He reasons, “A film can withstand boycott, IPL, and bad weather if the content is good. Hum Aapke Hain Koun [1994] released in the peak of monsoons. Also, let’s not say that the audience is not willing to spend money. If that was true, how did Sooryavanshi [2021], Pushpa: The Rise [2021], and Gangubai Kathiawadi become hits?”

Next Story : Roshan Mathew: Nothing unconventional about the relationship