Viral Video: Ranveer Singh and Deepika Padukone turn heads with their airport look as they return from their vacation in the USA

Ranveer Singh and Deepika Padukone headed back to Mumbai on Sunday night from their recent vacation to the United States of America. In a recent viral video, the couple can be seen hand-in-hand, as they walk out of the airport. 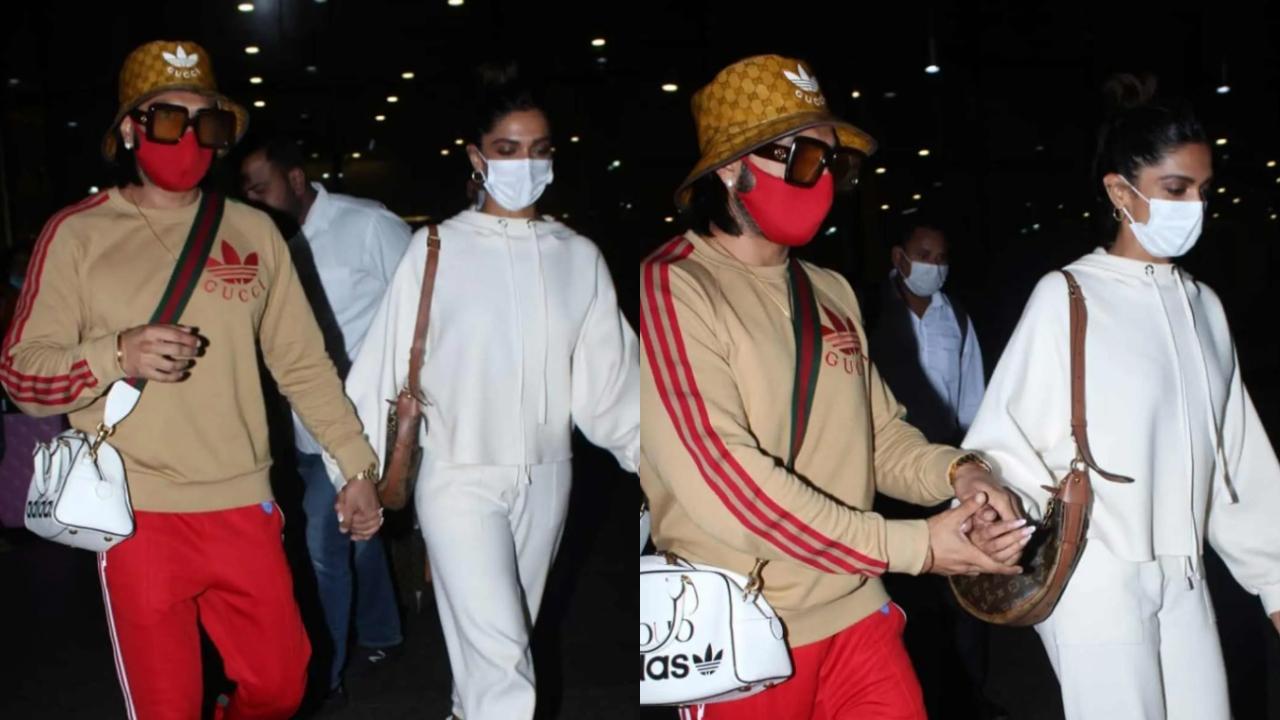 
Bollywood actors Ranveer Singh and Deepika Padukone, headed back to Mumbai on Sunday night from their recent vacation to the United States of America. In a recent viral video, the 'Ram-Leela' couple can be seen hand-in-hand, as they walk out of the airport.

The 'Befikre' actor donned a luxury brown sweatshirt with red track pants. He accessorized his look with big brown glasses and a yellow hat. Whereas the 'Piku' actor can be seen in an all-white look with matching pants, sweatshirts and sneakers. She had her hair tight in a bun.

The 'Bajirao Mastani' couple went on a short trip to the United States to celebrate Ranveer's 37th Birthday on July 6. Earlier, they were spotted attending Shankar Mahadevan's concert in California in a viral video. The paparazzi gathered around the couple as they can be seen walking towards their car after exiting from the airport. Soon after the video got viral on social media, fans flooded the social media with heart and fire emoticons.

Meanwhile, on the work front, the 'Jayeshbhai Jordaar' actor will be next seen in Rohit Shetty's next directorial film 'Cirkus' with Jacqueline Fernandes and Pooja Hegde. The film is slated to release on the occasion of Christmas 2022. Apart from that, he also has 'Rocky aur Rani Ki Prem Kahani' with Alia Bhatt, Dharmendra, Shabana Azmi and Jaya Bachchan. The film is all set to hit the theatres on February 11, 2023.

Deepika, on the other hand, will be next seen in Sidharth Anand's next directorial 'Pathaan' with Shah Rukh Khan and John Abraham, which is slated to release on January 25, 2023. She also has 'The Intern' which is a remake of a Hollywood film with the same title, with Amitabh Bachchan and 'Project K' with Prabhas.