Reliance Entertainment has mentioned, "We have been noticing a lot of misleading and totally unsubstantiated reporting on Vikram Vedha shooting locations. We clearly want to clearly state that Vikram Vedha has been shot extensively in India." 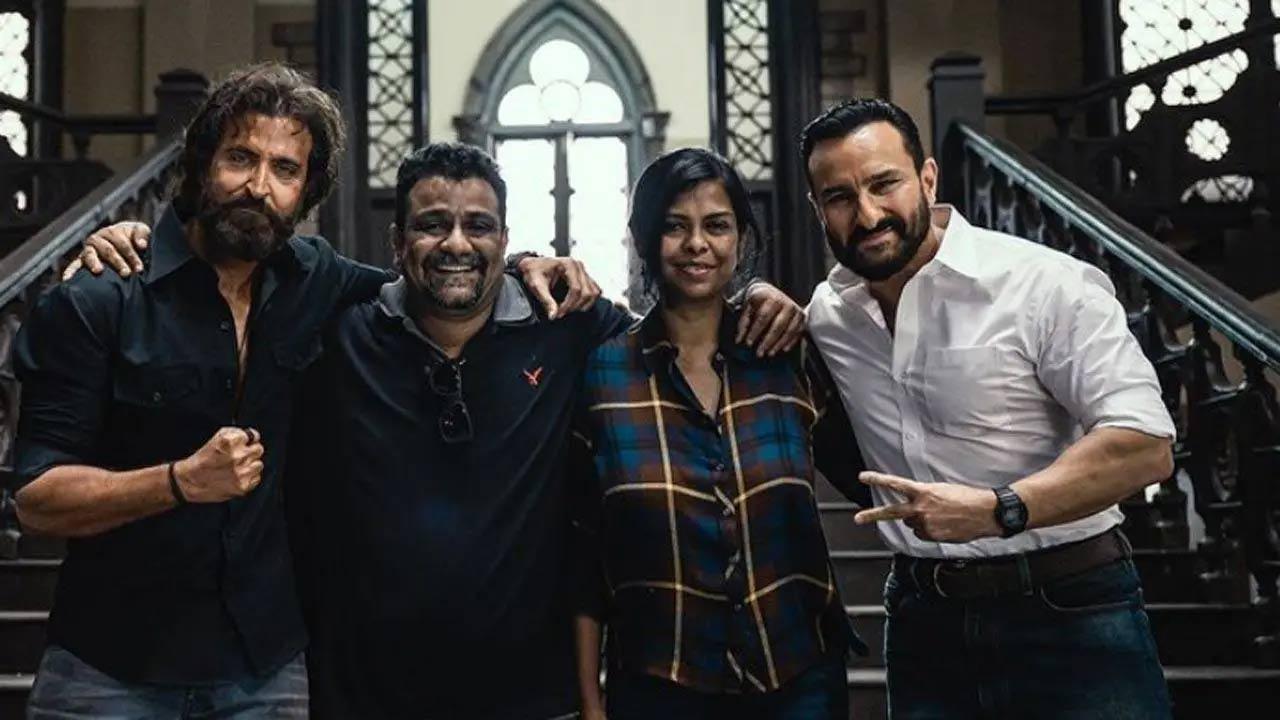 
Recently, there were reports doing the rounds that Hrithik Roshan refused to shoot in Uttar Pradesh and the makers had to hunt a locale in Dubai for the same. The film in question is 'Vikram Vedha', also starring Saif Ali Khan and Radhika Apte. The makers have now issued a clarification.

Reliance Entertainment has mentioned, "We have been noticing a lot of misleading and totally unsubstantiated reporting on Vikram Vedha shooting locations. We clearly want to clearly state that Vikram Vedha has been shot extensively in India, including Lucknow. A portion of the film was shot in United Arab Emirates in October-November of 2021 since it was the only location providing the infrastructure for a bio-bubble that accomodated crew of such scale, also allowing building of sets in a studio during the preceding months of the shoot. We chose to do that out of health and protocol concerns. Any attempt to twist these set of facts are clearly mischievous and untruthful."

The statement added, "Also we would like to emphatically state that at Reliance Entertainment while we welcome suggestions from creative talent, the production and budgetary decisions are a centralised prerogative."

Hrithik Roshan, who was last seen in the 2019 YRF actioner 'War', returns to the silver screen with 'Vikram Vedha'. Commenting on his return, the actor said in a statement, "Becoming Vedha was unlike anything I've ever done before. I had to break the mould of being the 'hero' and step into a completely unexplored territory as an actor. The journey felt like I was graduating."

He credited his directors for extracting the best out of him, "My relentless directors Pushkar and Gayatri kept me on a treadmill, silently motivating me to push boundaries. Working alongside Saif Ali Khan, Radhika Apte, Rohit Saraf and Yogita Bihani further gave me an impetus as a performer. Looking back.. I became the Vedha that I did, because of the powerful presence of Saif Ali Khan as Vikram. He is phenomenal in every way possible."

Talking about the filming experience with Hrithik and Saif, the directors Pushkar and Gayatri said in a joint statement, "It's been an exhilarating experience shooting with the leading superstars of our country Hrithik and Saif. With our super talented and amazing crew, we've been able to achieve what we had envisioned at a script level. We can't wait to show our film to the audiences."

The film is based on the Indian folktale 'Vikram Aur Betal', and is an edge-of-the-seat action crime thriller which tells the story of a tough police officer who sets out to track down and hunt a menacing gangster. The film is undoubtedly one of the most anticipated movies as it marks the return of two superstars collaborating in a high-octane action film after two decades.

Talking about his filming experience, Saif Ali Khan shared "Pushkar and Gayatri are quite the dynamic duo with great creative energy and it's been very rewarding working with them. A complete icing on the cake and elevating experience for me was working with Hrithik and doing some intense action scenes."

'Vikram Vedha' is presented by Gulshan Kumar, T-Series Films and Reliance Entertainment in association with Friday Filmworks and YNOT Studios. The film is produced by S. Sashikanth and Bhushan Kumar. The film, which also stars Rohit Saraf, Yogita Bihani, Sharib Hashmi and Satyadeep Mishra, is set to arrive in theatres worldwide on September 30.

Next Story : Laxman Utekar on 'Mimi': I don't think any actress can beat her performance this year