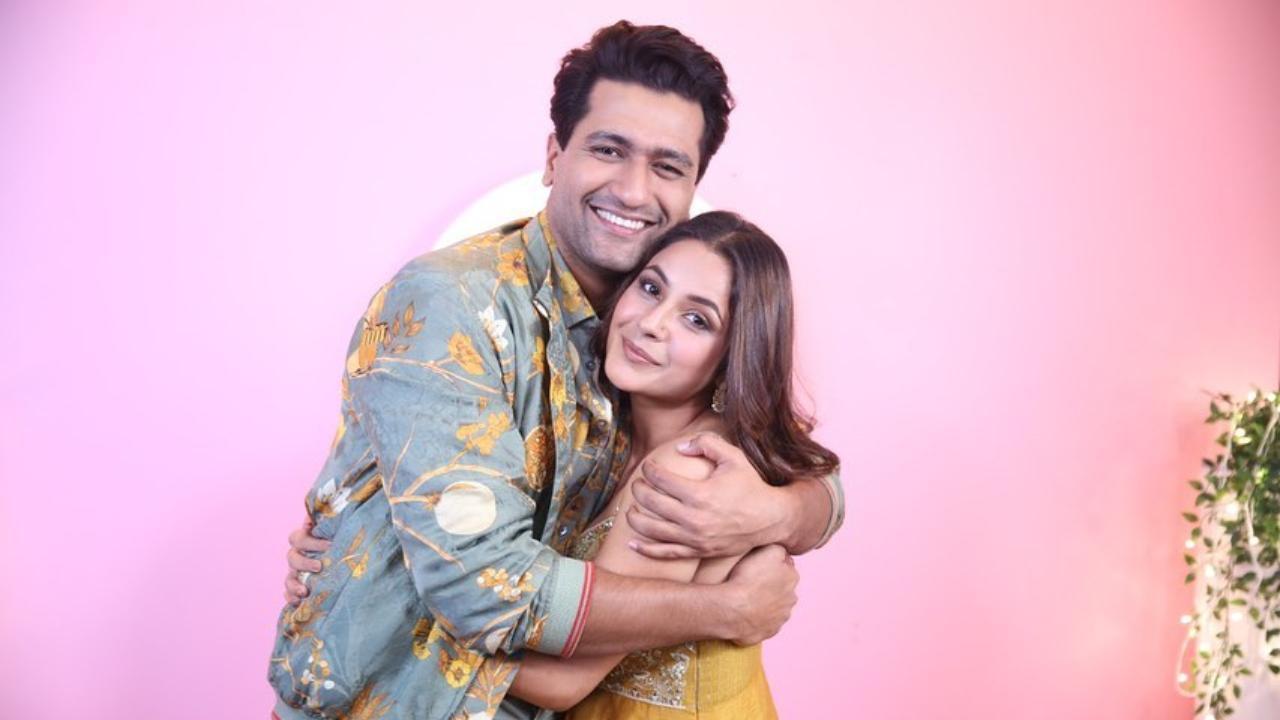 
Shehnaaz Gill currently hosts a show named 'Desi Vibes with Shehnaaz Gill' where she chats with celebrities form the film industry in her own unique style. Vicky Kaushal, who is promoting his upcoming film 'Govinda Naam Mera' visited the sets of the show to promote the film.

Vicky and Shehnaaz also posed for the paparazzi after the shoot and even hugged for the paps. Videos of the same are going viral on social media. In the video, the paps can be seen calling Shehnaaz as 'Punjab Ki Katrina Kaif'. Gill looked skittishly at Vicky after the comment by the paparazzi. To everyone's surprise, Vicky cuts in and said, "Yeh India ki Shehnaaz Gill hai…” . Shehnaaz thanks him for saying the same. For the unversed, Vicky Kaushal tied the knot with Katrina Kaif in December last year.

Meanwhile, as Shehnaaz waited to pose with Vicky, a paparazzo asked her, "Shehnaaz ji thoda ghabraaye huye lag rahe ho, thoda smile (you look a little tense, please smile).” Before she gave Vicky a hug, Shehnaaz responded to the paparazzo by saying, “Nahi, Vicky Kaushal kya mere papa hai (this is Vicky Kaushal, not my father).”

Shehnaaz also shared pictures with Vicky on her Instagram handle. In the pictures, they are seen in colour-coordinated yellow outfits. She wrote in the caption, “Very seldom you meet a star who makes you feel you are one of them. Very seldom you get this feeling that you know this person from ages and is family. Very seldom, in your second meeting you feel that you know this person like he is family. I guess this is what a true star is. @vickykaushal09 I’m delighted to have met you once again and today’s chat was more than just conversations… I wish you nothing but success, good health and positivity always.”

Shehnaaz Gill, who rose to fame with her stint on Bigg Boss 15 had spoken about being called as 'Punjab Ki Katrina Kaif' on Yashraj Mukhate's YouTube channel. "When my mother used to go to parlours when I was a child, they used to tell her 'Oh your daughter looks like Katrina'. But now I have become India's Shehnaaz Gill and Katrina Kaif has become Punjab's Katrina Kaif. Do you know how? She has married Vicky Kaushal and where is he from?" she had said earlier this year.

Next Story : Vicky Kaushal-starrer 'Sam Bahadur' to be released in theatres on December 1, 2023