Chris Rock reacts over Oscar 2022 slap incident: Everybody is trying to be a f**ing victim 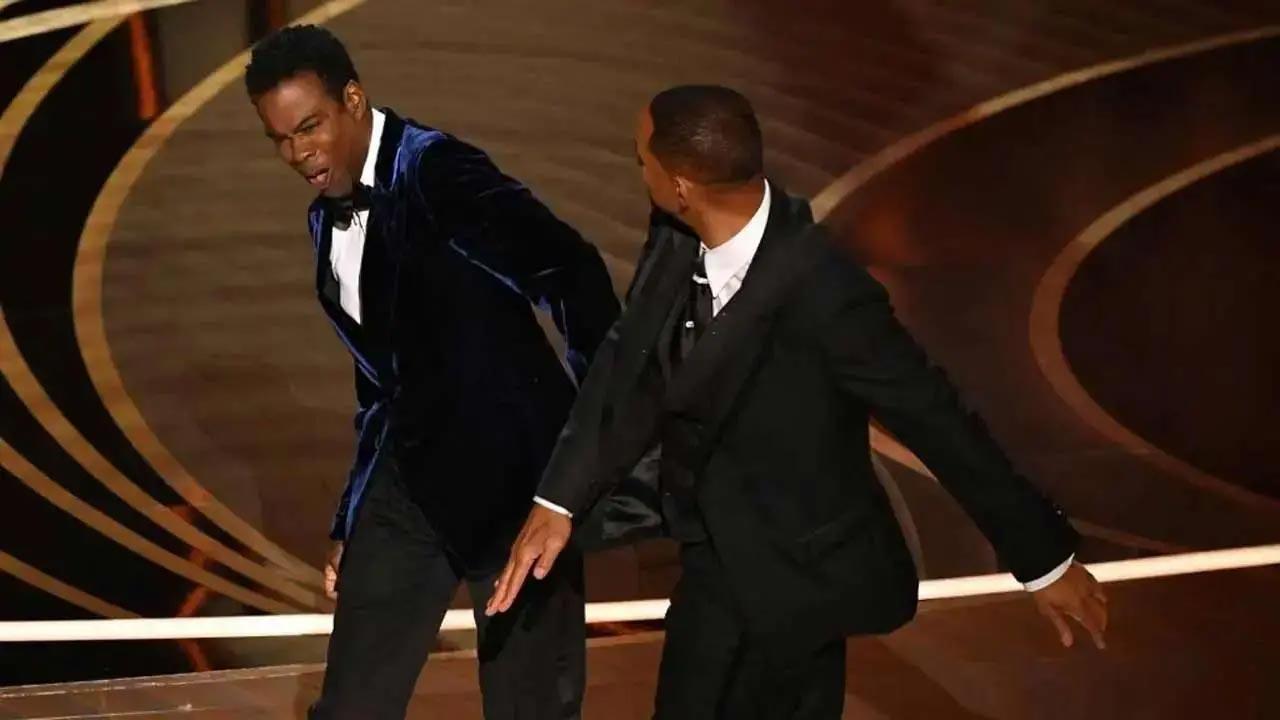 
Chris Rock jokes about the "slap heard around the world," incident on his recent comedy show. Rock's show took place at the Fox Theatre in Atlanta, according to Deadline. Rock shared that "Everybody is trying to be a f--ing victim." "If everybody claims to be a victim, then nobody will hear the real victims. Even me getting smacked by Suge Smith ... I went to work the next day, I got kids." Just for reference, the "Suge Smith" quip is about Suge Knight, the founder and former CEO of west coast label Death Row Record. Knight has a long-standing reputation for aggressive behaviour."

Recently, Will Smith spilt the beans about the ongoing controversy over his assault on Chris Rock at the 2022 Oscar Awards, giving his most unfiltered opinions on the incident that has tarnished his public image on social media. Smith shared an emotional video explaining why he didn't apologise to Rock after accepting the best actor award for his performance in "King Richard" shortly after he slapped the comedian for making a joke about his wife Jada Pinkett Smith's short haircut.

"I was fogged out by that point," Smith said, explaining why it took so long to offer Rock an apology. "It's all fuzzy. I've reached out to Chris and the message that came back is that he's not ready to talk. And when he is, he will reach out."

Smith expressed his guilt for his actions, calling them "unacceptable." The actor has stated that he reacted violently because Rock's joke alluded to Pinkett Smith's hair loss due to alopecia. It's a struggle that Pinkett Smith has previously addressed publicly.

"I made a choice on my own, from my own experiences from my history with Chris. Jada had nothing to do [with it]," Smith said, before acknowledging the "heat" his wife and kids have taken. Smith also addresses how his actions affected his fellow nominees towards the end of the video, saying, "I won because you voted for me."

"It really breaks my heart to have stolen and tarnished your moment," Smith said, pointing to Questlove's reaction, who took the Oscars stage right after the incident for winning best documentary for his project Summer of Soul." "Sorry isn't really sufficient." He takes on what he would say to folks who looked up to him prior to the Oscars event as he concludes the video. Smith says he dislikes "when I let people down" and calls disappointing people "my central trauma."

"So it hurts. It hurts me psychologically and emotionally to know I didn't live up to people's image and impression of me," he continues, adding that he's "deeply remorseful" but trying to do so "without being ashamed" of himself. "I'm a human and I made a mistake, and I'm trying not to think of myself as a piece of shit."

"I would say to those people, I know it was confusing. I know it was shocking. But I promise you, I am deeply devoted and committed to putting light and love and joy into the world," Smith offers as his ending note. "And if you hang on, I promise we'll be able to be friends again."

Months after he was slapped by Will Smith at Oscars 2022, comedian Chris Rock addressed the infamous altercation recently. During his performance at the PNC Bank Arts Center in Holmdel, New Jersey, Chris said he is not a victim, but joked that it hurt getting slapped by Smith on the Oscar stage, Variety reported."Anyone who says words hurt has never been punched in the face...I'm not a victim. Yeah, that shit hurt, motherf***er. But I shook that shit off and went to work the next day. I don't go to the hospital for a paper cut," he mentioned.

Earlier this month, Kevin Hart, who is close friends with Chris Rock and Will Smith, said that he hopes both of them can "move past" the violent event that occurred. For the unversed, while presenting the best documentary feature award at the 2022 Oscars, comedian Chris made a joke about Smith's wife Jada Pinkett Smith's shaved head.

Chris said he couldn't wait to see Pinkett Smith, who has alopecia areata, star in 'G.I. Jane 2' which led Smith to go up on stage and slap Chris. Smith returned to his seat and shouted, "Keep my wife's name out of your fu**ing mouth!"A few minutes after the incident, Smith was announced Best Actor at the 94th Academy Awards. While accepting his first-ever Oscar for best actor (leading role) in 'King Richard', Smith apologised to the Academy and fellow nominees but did not mention Chris.

However, after receiving backlash for his disorderly behaviour, Smith issued an apology to Chris Rock and Academy on his social media handle. "I would like to publicly apologize to you, Chris. I was out of line and I was wrong. I am embarrassed and my actions were not indicative of the man I want to be. There is no place for violence in a world of love and kindness," Smith wrote on Instagram.

"Violence in all of its forms is poisonous and destructive. My behaviour at last night's Academy Awards was unacceptable and inexcusable. Jokes at my expense are a part of the job, but a joke about Jada's medical condition was too much for me to bear and I reacted emotionally," Smith said in his apology. I would also like to apologize to the Academy, the producers of the show, all the attendees and everyone watching around the world. I would like to apologize to the Williams

Family and my King Richard Family. I deeply regret that my behaviour has stained what has been an otherwise gorgeous journey for all of us. I am a work in progress," he added. The Academy has banned Smith from its membership for 10 years because of the slap.

Next Story : Justin Bieber performs for the first time since being diagnosed with Ramsay Hunt syndrome