Love is in the air: Nayanthara, Vignesh Shivan pose for a perfect romantic picture

"Naan pirandha dhinamaey" captioned the director on Instagram, which translates to 'Make it my birthday'. Vignesh added a string of heart emojis to his post as well. 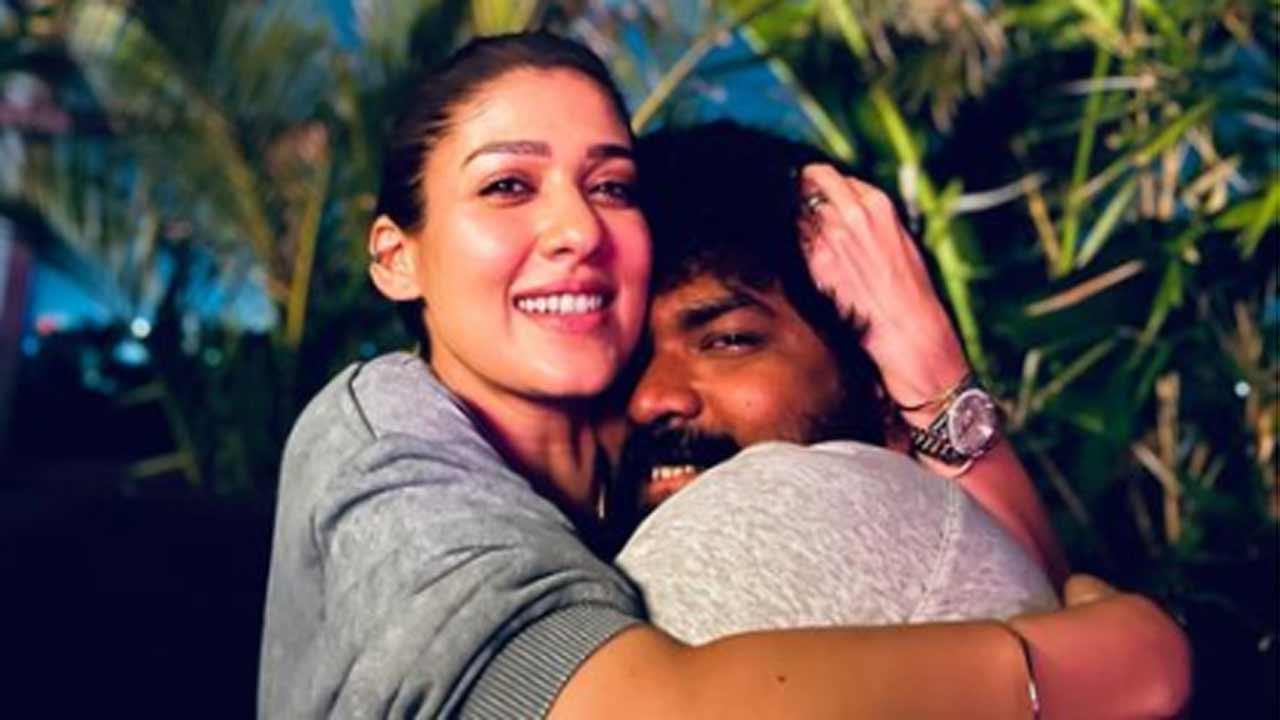 
Newly married couple Nayanthara and Vignesh Shiven can't seem to get enough of each other and these images are proof! Vignesh posted romantic photos with his wife, clicked by Sarvesh Shashi, and the dark clouds in the background suggest that rain is painting the town red.

"Naan pirandha dhinamaey" captioned the director on Instagram, that translates to 'Make it my birthday'. Vignesh added a string of heart emojis to his post as well.

Also Read: SRK and A.R. Rahman get clicked together at Nayanthara-Vignesh Shivan's wedding

In the adorable picture, it seems like Nayanthara and Vignesh are smitten with each other. Both of them had dazzling smiles on their face and looked so in love.

Soon after the picture was shared by 'Podaa Podi' director, his comment section got flooded with reactions from their fans and friends.

Both Nayanthara and Vignesh are often seen updating their social media with mushy pictures of each other since their wedding. The star couple recently took a trip to Thailand for their honeymoon and captured loving moments from there.

The 'Netrikaan' actor and her husband Vignesh tied the knot on June 9 this year in an intimate ceremony at a private resort in Mahabalipuram. The ceremony was attended by close friends and family. Only a few celebrities were invited. Rajnikanth, Shah Rukh Khan, and Director Atlee were some of the few celebrities spotted at the wedding.

On the work front, Nayanthara is reportedly set to make her Bollywood debut opposite Shah Rukh Khan in the upcoming film 'Jawan'. The film will be directed by Atlee. Produced by Gauri Khan, 'Jawan' will be Shah Rukh Khan's first Pan-India film, which will be released on June 2, 2023, across five languages - Hindi, Tamil, Telugu, Malayalam, and Kannada.