Prime Video and Wallwatcher Films host a special screening of Vadhandhi - The Fable of Velonie, for close friends and family

Ahead of its worldwide premiere on 2nd December, Prime Video showcased the series at a special preview at IFFI Goa - one of Asia’s largest and most coveted film festivals, where it was met with thunderous applause and admiration 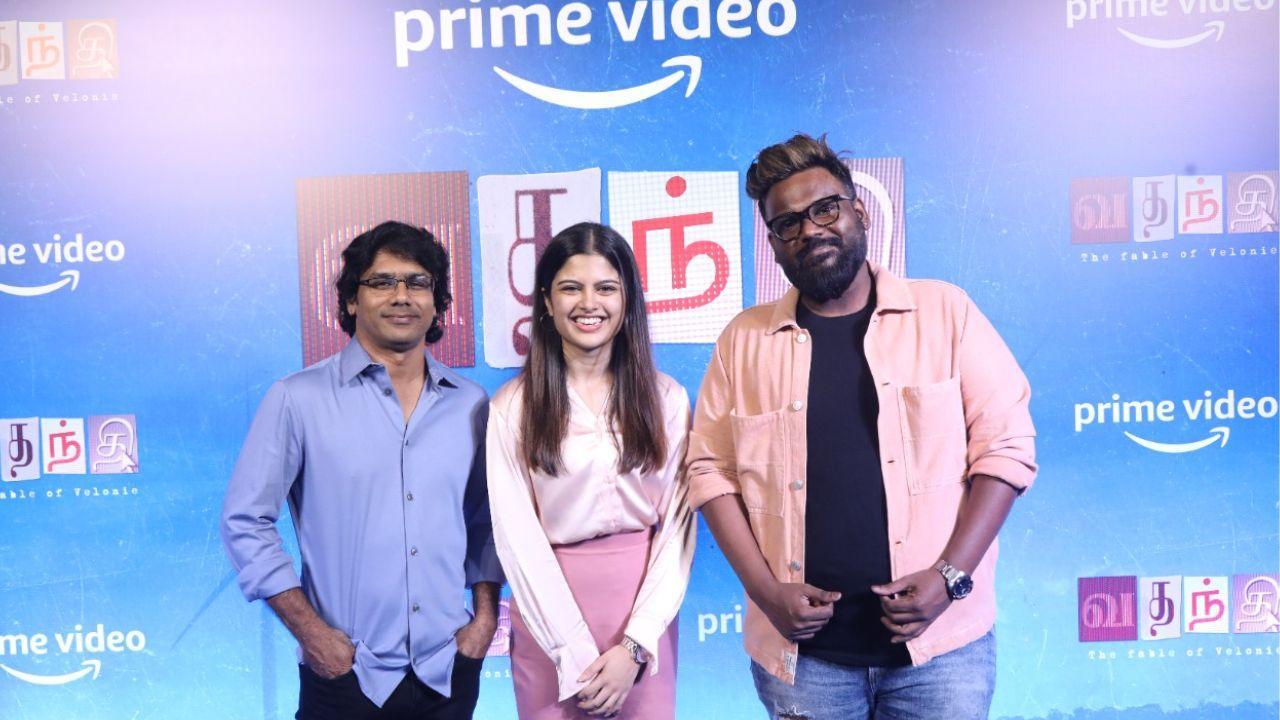 
The SJ Suryah starrer- Vadhandhi - The Fable of Velonie, has become the talk of the town, ever since the launch of the spine-chilling trailer last week. Ahead of its worldwide premiere on 2nd December, Prime Video showcased the series at a special preview at IFFI Goa - one of Asia’s largest and most coveted film festivals, where it was met with thunderous applause and admiration. Created, written and directed by Andrew Louis, Vadhandhi has become one of the most-awaited, recommended series amongst audiences.

Celebrating the fruition of years of hard work, Prime Video and Wallwatcher Films held an intimate friends and family screening in Chennai, just two days ahead of its premiere on the service. The cast and creators were seen graciously welcoming their guests at the screening. The team of Vadhandhi was present in full force, including Creative Producers - Pushkar and Gayatri, Creator Andrew Louis and actors, SJ Suryah, Sanjana, Vivek Prasanna, Kumaran Thangarajan, and Smruthi Venkat; and were overwhelmed by the praise, plaudits and cheers from the attendees.

Also Read: Happy Birthday Raashii Khanna: Here's all you need to know about the actress

Directors of Suzhal - The Vortex, Bramma G., Anucharan Murugaiyan and series lead, Kathir were amongst the attendees, who along with actress Alya Manasa and popular Tamil comedian Pugazh were privy to the intimate affair. Other notable personalities that graced the screening were ‘Monster’ Director Nelson Venkatesan, 96 Director Prem Kumar, ‘Don’ director Ciby Chakaravarthi, Actress Vasundhara and Kalai Rani. Much like its title ‘Vadhandhi’, which means rumours, the series takes you into the world of young and beautiful Velonie, played by debutante, Sanjana, whose story is riddled with rumours. A troubled but determined cop, played by S.J. Suryah, finds himself caught in the web of lies but is hell-bent on finding the truth.

Produced by Pushkar and Gayatri of Wallwatcher Films and is created by the brilliant Andrew Louis. The series also brings popular actress Laila to streaming, and marks the debut of Sanjana, as they bring to life a complex and thrilling storyline, along with treasured icons of Tamil cinema M. Nasser, Vivek Prasanna, Kumaran Thangarajan and Smruthi Venkat in pivotal roles. The eight-episode Tamil crime thriller will premiere in India, and 240 countries and territories, starting 2nd December in Hindi, Telugu, Malayalam and Kannada.