As Alia turns producer with the upcoming film 'Darlings', many stars sent her wishes. But, of course, the special one had to be from her 'mentor' Karan Johar! On Wednesday, Karan took to his Instagram to shower praises on Alia as he reviewed her upcoming film 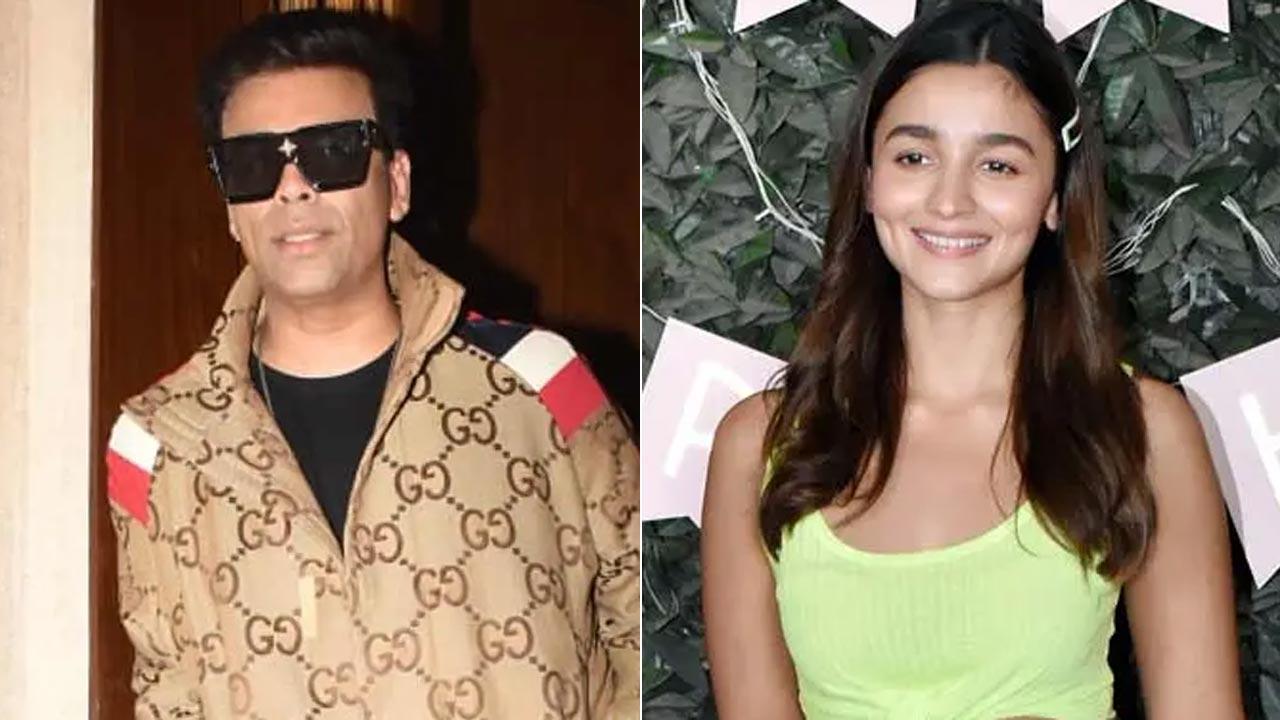 
Alia Bhatt proudly calls Karan Johar her 'mentor, father figure and best friend'. Even for Karan, Alia's one of his 'family'. The bond the two share is quite special and their fans love it.

As Alia turns producer with the upcoming film 'Darlings', many stars sent her wishes. But, of course, the special one had to be from her 'mentor' Karan Johar! On Wednesday, Karan took to his Instagram to shower praises on Alia as he reviewed her upcoming film.

Sharing a montage of two posters of 'Darlings' Karan wrote, "A debut director so assured that she sucks you into the vortex of #Darlings like a bonafide veteran! To balance humour (dark and conversational ) with a sensitive subject is a massive challenge in itself but the team of this nuanced noir and the exceptionally solid film takes it on and emerges victorious! So fun! So hard-hitting and so engaging! All at once!"

He added, "@aliaabhatt @shefalishahofficial @itsvijayvarma @roshan.matthew are FANTASTIC!!! This is the best ensemble of actors I have seen in a long time! BRAVO! Take a bow Jasmeet @jasmeet_k_reen what a debut!!!! Can't wait to see more of your work! Congratulations My baby girl @aliaabhatt what a brave decision to begin your producer journey with.. may the sunshine on your content decisions eternally! @gaurikhan @iamsrk @redchilliesent @_gauravverma take a BOW !! What a PROUD film to green light !!! May the force always be with you! So finally My darlings don't miss #darlings on the 5th of August only on @netflix_in .....it's a 5-star film!"

Talking about 'Darlings', the film will be out on Netflix on August 5.

Helmed by Jasmeet K Reen, 'Darlings' is touted as a "dark comedy-drama which explores the lives of a mother-daughter duo trying to find their place in Mumbai, seeking courage and love in exceptional circumstances while fighting against all odds." The film has been produced by Gauri Khan, Alia Bhatt and Gaurav Verma.

Excited about the film's digital release, Alia earlier said, "Darlings holds a very special place in my heart, it's my first film as a producer that too with Red Chillies. We are very proud and happy how the film has shaped up and we hope it will entertain and engage audiences the world over."

Next Story : Documentary on Nayanthara-Vignesh's love story in the works at Netflix