Kareena Kapoor, Karisma Kapoor, Malaika Arora and Amrita Arora to come together for a show? 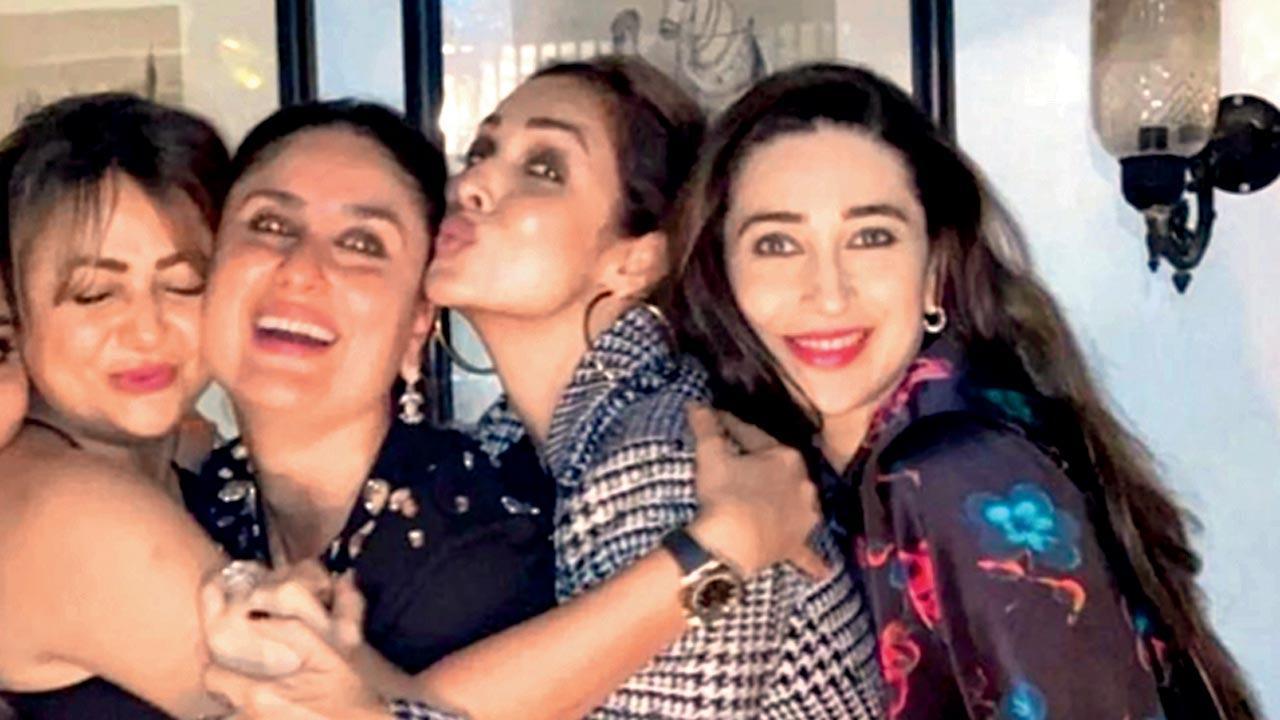 
Remember the time when Kareena Kapoor Khan revealed that she has a WhatsApp group named Guts — consisting of sister Karisma Kapoor, bestie Amrita Arora, Malaika Arora and Karan Johar — where they dissect fellow stars’ outfits and airport looks? Well, we can’t be privy to their chats, but if the latest rumours are anything to go by, we might just get an insider pass to their glamorous lives. mid-day has learnt that Bollywood’s OG girl gang — Kareena, Karisma, Malaika and Amrita — are set to team up for a Netflix show titled Guts.

The reality series has apparently been in the making since before the pandemic. A source says, “After months of discussions, it’s only now that the makers have put a structure in place. The series will be shot in the four fashion capitals — Paris, New York, London and Singapore. It will give an inside view into the four friends’ lives as they juggle their work, travel, and party together.” The OTT giant tasted success with the 2020 reality series, The Fabulous Lives of Bollywood Wives. The source adds, “Guts will be different in tonality, focusing more on travel, food and shopping.”

mid-day reached out to Netflix India, which remained unavailable for comment.

Next Story : Iqbal Khan: My wife gives me too much work at home